We dig into the archives 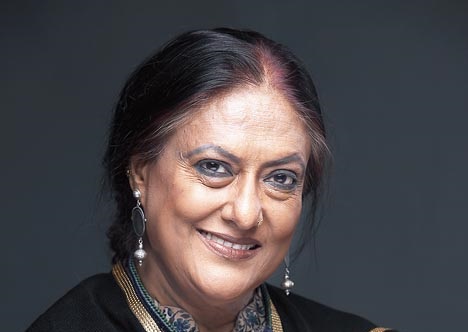 The two pillars of brand Sharbari since 1991, Amalin Datta and Kanaklata Datta, share their memories of legendary menswear designer Sharbari Datta who passed on in September.

Believe it or not, I have partial recollection of noteworthy life events since my first birthday. While growing up, our address 40/1A Broad Street, which would eventually become the nerve centre of the Sharbari venture, was flocked by people. Looking back, I’d have to say that my closest relationship during the early years of life was the one with Ma. My childhood was one mired with domestic turmoil, which led my mother and myself to almost latch onto each other for support, at best, and survival at worst. What definitely strengthened this emotional entanglement further is the fact that we shared the same residence for over five decades.

What are your memories of seeing your mother design?

I pretty much always remember her as a woman with a strong sense of aesthetics, someone with a knack for the arts. Additionally, my father Alokemoy Datta was quite an artistic individual. He too dabbled in the world of fashion, had his own line of printed saris, potteries, murals, and so on, and it achieved quite of bit of success too at its time. Like Sharmila Tagore wore one of his saris in Amanush. I literally grew up surrounded by murals, potteries, paintings. So yeah, there was no dearth of exposure of the arts in our household and it served as quite the catalyst for Ma to find her own voice as an artist.

What is your favourite collection of Sharbaridi’s?

Honestly, we have never had particular ‘collections’ as such. I recognise our existence in the world of fashion to be utter happenstance. We, that is my mother Sharbari Datta, my wife Kanaklata Datta, and I — the three partners of Sharbari since 1991 — could have just as easily been in the pottery, household artefacts business. Sometimes, at my leisure, I even contemplate how the three of us would have fared in such a scenario!

What do you think was Sharbaridi’s biggest contribution to fashion?

That is no secret! She has received extensive press coverage over the years identifying her as a revivalist, as someone who brought traditional Indianwear into the mainstream. I mean, the coloured dhoti almost became a part of Bengali pop culture! So yes, I share the view wholeheartedly.

I can’t help but amusedly reminisce the very beginnings of this brand though, this brand that would go on to mean so much in the world of Indian fashion. You never plan these things when you start. I mean, I am sure (Larry) Page and (Sergey) Brin had no clue what Google would one day stand for, while they were fiddling around in that garage in Menlo Park. I vividly remember the countless hours of brainstorming... the three of us — my uncle Tathagata Datta, my maternal uncle Parashar Datta (Kush), my aunt Rita Datta — sitting about discussing details behind the soul of the brand; details which would eventually be recognised as major contributions to the world of Indian fashion. The coloured dhoti, the decision to solely design for men, the aim of reviving and popularising ethnicwear, all these ideas found their inception in those countless hours of conversations.

What was your first impression of Sharbaridi?

It’s funny you ask this, because I ask this to myself from time to time! What really was my first impression? I grew up in the same para as Raja (Amalin) and was in a relationship with him since I was 13-14. So I had seen Jhuma (Sharbari) around and about, but knew her pretty much only as Raja’s mother. I didn’t meet or talk to her till 1985, about four years prior to my marriage. She was amicable, chirpy — as was I. We got along famously at the time. We found welcome companions for each other. A companionship which I held very dearly, till it went awry.

When did the relationship cease to be one of mother-in-law and daughter-in-law and more of a mother-daughter?

Frankly speaking, the only mother-daughter relationship I have is with my biological mother. I don’t think it’s possible to replicate that particular relationship. I am not implying at the slightest that Jhuma wasn’t close to me, but I am rather against this erroneous tendency to mix up the mother-in-law and mother dichotomy in an Indian woman’s life. Like I mentioned, Jhuma and I got along famously when we initially met. Our relationship dynamic has been no secret, having been covered numerous times in the media for the good and the bad of it. As many of you already know, our relationship even served as one of the inspirations behind the film Paromitar Ek Din (by Aparna Sen). So yeah, it’s basically public knowledge. Having said all of this, I’d like to ultimately remember Jhuma as a friend, more than anything else.

What are things that you picked up from her?

Loads of things. It was an intensely close relationship we shared for three decades. Jhuma was a fantastic cook, a stylish homemaker aesthetically speaking, and a witty individual. All these and more, I picked up from her. Even my father-in-law, Alokemoy Datta, was extremely instrumental in my enrichment during my early years in the Datta household. I have always seen this household to be heavily artistically inclined. All these people… Jhuma, AD, Raja lived and breathed art albeit in different forms, when I was introduced into this family. And my life previously was far removed from all that. So organically I picked up a lot of such knowledge over the years.

What all did you teach her?

(Laughs) I’d like to believe I taught her the importance of hard work, over anything else. I remember this old interview of Jhuma, I think it was the ‘Me’ magazine, where she described me as a ‘go-getter’ and herself as a shaky woman who had no voice. This was obviously from a time when our relationship didn’t turn bitter. And I also remember arguing with her when the interview had come out because I felt she had given me more credit than due at the time. In retrospect I can’t help but think that I did in fact teach her to be a go-getter.

You called her Jhuma. What did she address you as?

Konu. Notwithstanding whatever altercations, personal or business related we might have had, I’d always like to remember her as a friend of mine more than anything else.

What is your abiding memory of her?

One of fun and frolic. That is the only and final way I’d like to remember Jhuma. 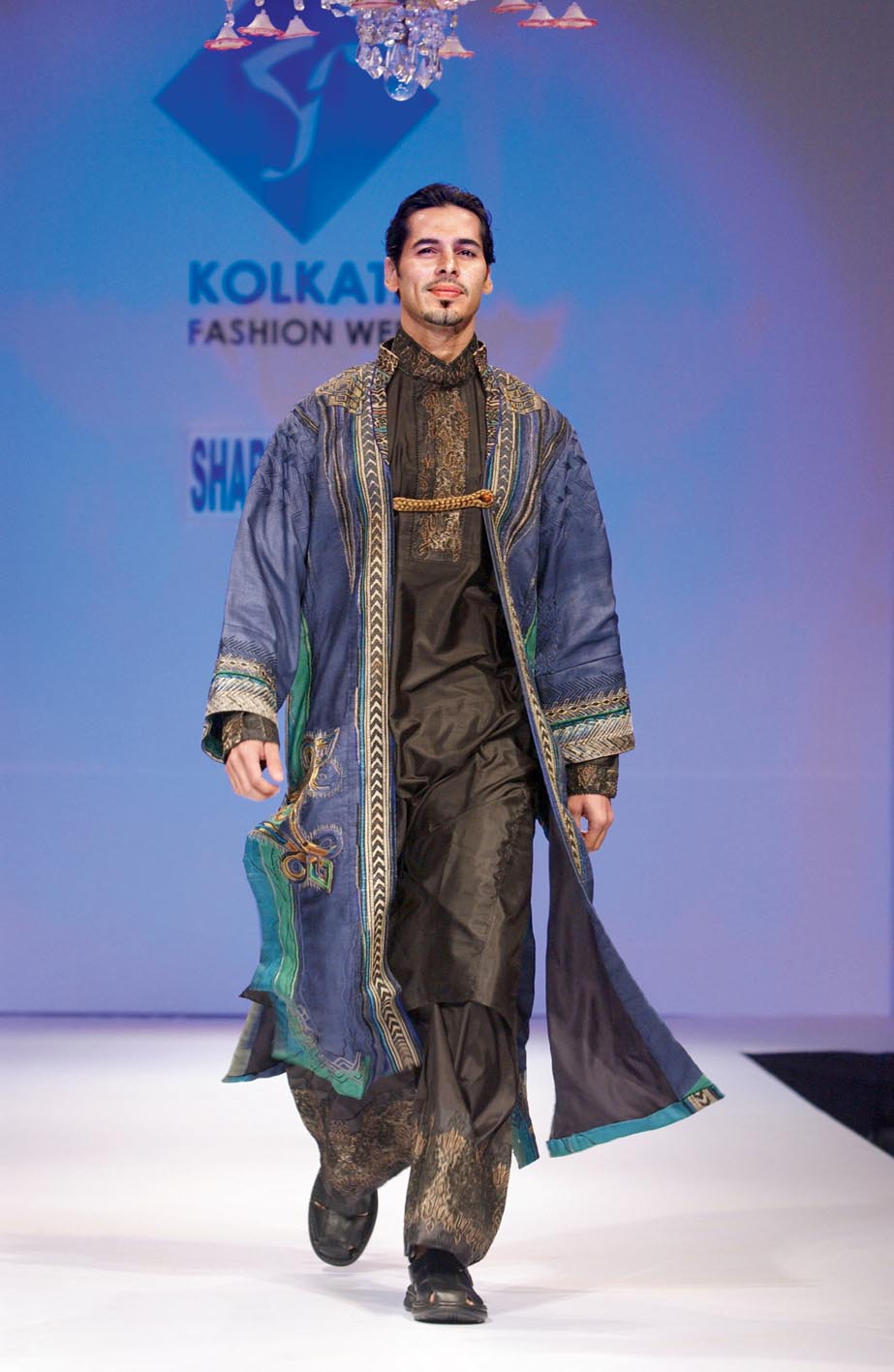 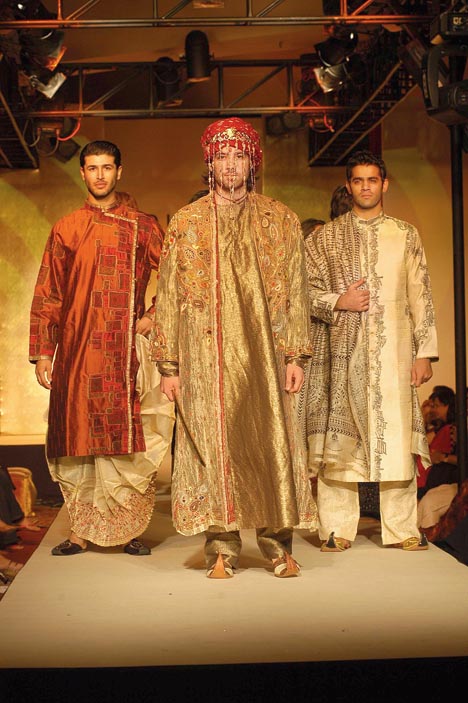 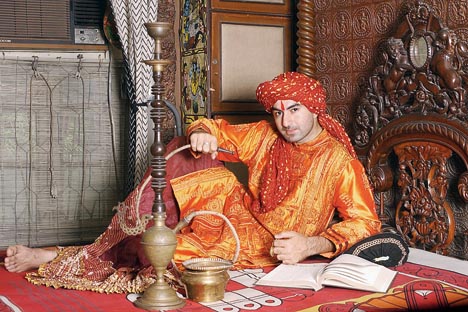 3. Jeet in Sharbari for The Telegraph
Pictures: Pabitra Das and Sharbari since 1991 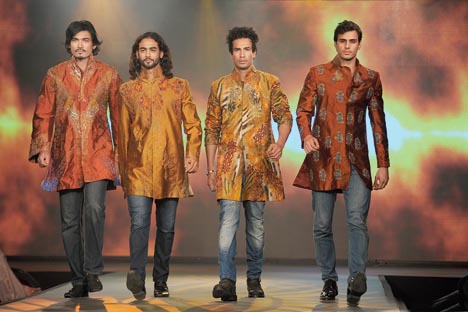 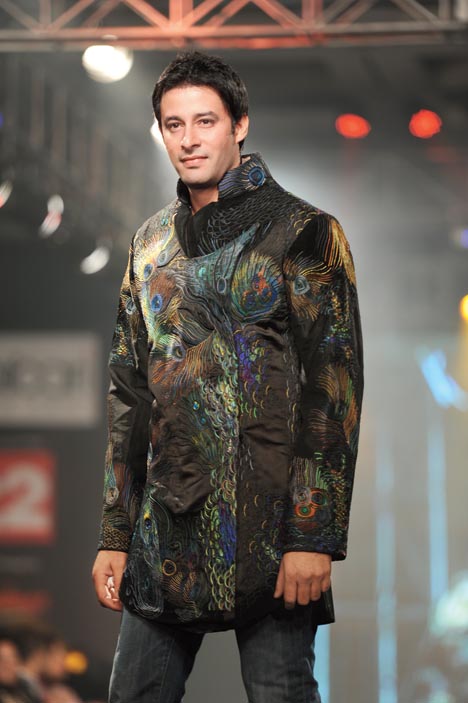 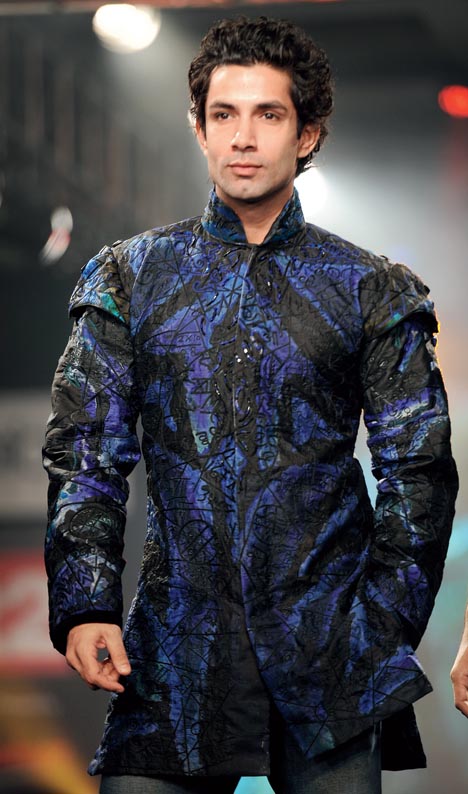 6. Sahil Shroff as the showstopper for the 20-year-old celebrations
Pictures: Pabitra Das and Sharbari since 1991 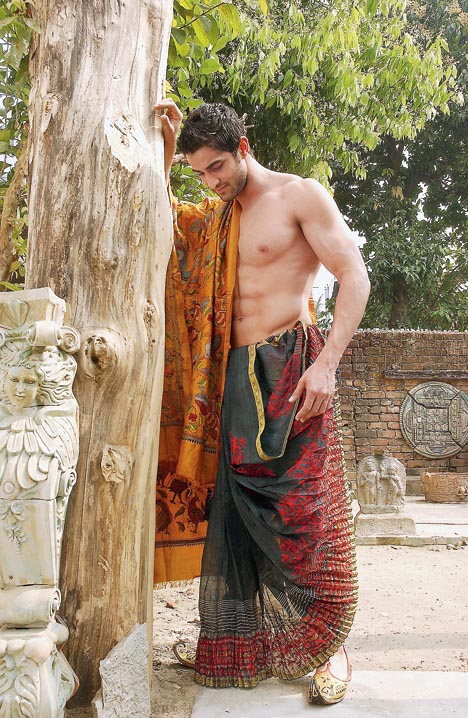 7. Neeraj Surana in a coloured dhoti by Sharbari
Pictures: Pabitra Das and Sharbari since 1991 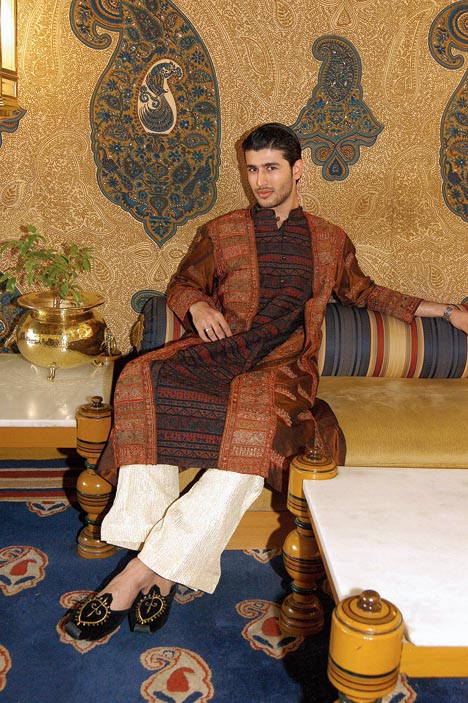