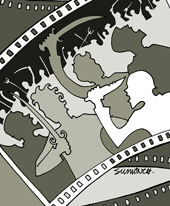 If you conducted a survey on the most fashionable phrases mouthed around the country these days, chances are “promoting disharmony” would jostle for space at the top of the list. Of late, the Indian censor board has been fashioning its verdicts with this phrase in mind, films have been banned and the Bombay High Court has had to deal with the two words quite a lot in recent times. And now, even I&B minister S. Jaipal Reddy is going to hear a lot of it in the coming week.

The case: the Central Board of Film Certification (CBFC) has developed quite an antipathy to cinema that touches on post-Godhra Gujarat — and filmmakers are facing the brunt of it. Earlier this month, the board banned director Rakesh Sharma’s documentary, Final Solution — based on the aftermath of the 2002 anti-Muslim violence in Gujarat.

The official reason is that the film “promotes communal disharmony” and presents “the picture of the Gujarat riots in a way that may arouse communal feelings and clashes”. The unofficial reason, one which the censors believe in very strongly, is that Gujarat is a story best forgotten, and there is no need for the art world to rehash one of the most gruesome incidents in post-Independence India, merely two years after it has occurred.

It’s little consolation to Sharma that he’s not the only one whose film has been rejected for these “reasons”. Films like Ramesh Pimple’s Aakrosh, and Faaiz Anwar’s Chand Bujh Gaya — both feature films with a backdrop of the riots — were denied certificates until recently. Aakrosh was cleared only when its director approached the Bombay High Court, which rubbished the censor board’s claims that the film was promoting disharmony. The court held that the film was doing nothing of the sort, and that it avoided sensationalisation of any kind, and hence, should be screened.

Aakrosh has been released with a few cuts. Chand Bujh Gaya also appealed to the courts after being rejected a certificate by the tribunal, the apex body of the CBFC. The board objected to, among other things, the perception that the villain in the film, Pratap Singh (who is described in the film’s official website as the chief minister of a state), resembled Gujarat chief minister Narendra Modi. And though Faaiz Anwar has cried himself hoarse that the film, about a Hindu-Muslim love story, is all about communal harmony, the scissorhands aren’t listening.

“Sharma can always appeal to the revising committee and then, the tribunal if he is dissatisfied with the examining committee’s report,” says Mumbai film censor board’s regional officer, V.K. Singla, without explaining why a director has to show his film to three committees of the same board for clearance.

Rakesh Sharma, meanwhile, has hit upon a censorship clause and will try and put it into effect on August 25, when he hopes to meet the I&B minister. An organisation of documentary filmmakers, called Films For Freedom, has organised a special screening of the film for Members of Parliament, politicians and the media on August 24, in the hope the ministry will retract the judgment passed by the CBFC.

“The ministry has the power to revoke the censor board’s decision, and I’m counting on that. I have a signed petition endorsed by 1,100 filmmakers worldwide. I’ll present that and all the correspondence with the censor board that I’ve had to minister S. Jaipal Reddy and ask him to reconsider the board’s decision,” Sharma, who has written to the censors thrice and received no reply since the ban, explains.

But then, everyone is not so optimistic. Social activist Shabnam Hashmi says that the new government would not want to be vindictive and dissolve the NDA-nominated censor board or revoke its decision. “The only documentaries stopped by the censor board are the political films in the ‘pluralistic and democratic’ country,” she rues.

“How can Gujarat be a forgotten story?” asks Farah Naqvi, who spent a considerable amount of time in the state after the riots. “Even the Supreme Court has decided to reopen 2000 cases registered during the riots this week. For someone like Bilkis Bano and thousands like her who suffered, Gujarat can never be a forgotten story. And the country needs to know,” she says.

But the fact that the Gujarat apologists are losing on all possible fronts — the elections, public sympathy, and now even the judiciary — on the question of riots may be the primary reason why they are fighting back with film censorships, their only available platform.

It is said that 17 members of the current CBFC panel are affiliated to the Sangh parivar. V.K. Singla, however, counters that. “For every member backed by the RSS, there are several non-RSS members,” he argues.

One film which escaped the ire of censors is Govind Nihalani’s film Dev, which is also loosely based on the riots. Farah Naqvi, however, says she arrived at the reasons why the film was spared after an experience of watching it at a cinema in Ahmedabad, surrounded by Hindu viewers who cheered at every dialogue.

“The film has a kind of soft-secularist approach that says that it is the due of the Muslim in India to accept the moral leadership of the Hindu. I found that extremely patronising towards the Muslim community,” she says.

Far from such over-the-top drama, film buffs argue that Final Solution is merely one of the many fact-finding reports that have been released and circulated on Gujarat. Only, the medium is audio-visual. And however much the detractors of truth cut, snip, ban or stifle, the art world will not rest in peace so soon. The battle, they say, has just begun.