Advertisement
Home / Culture / Style / The girlfriend jeans, does it even exist?

The girlfriend jeans, does it even exist? 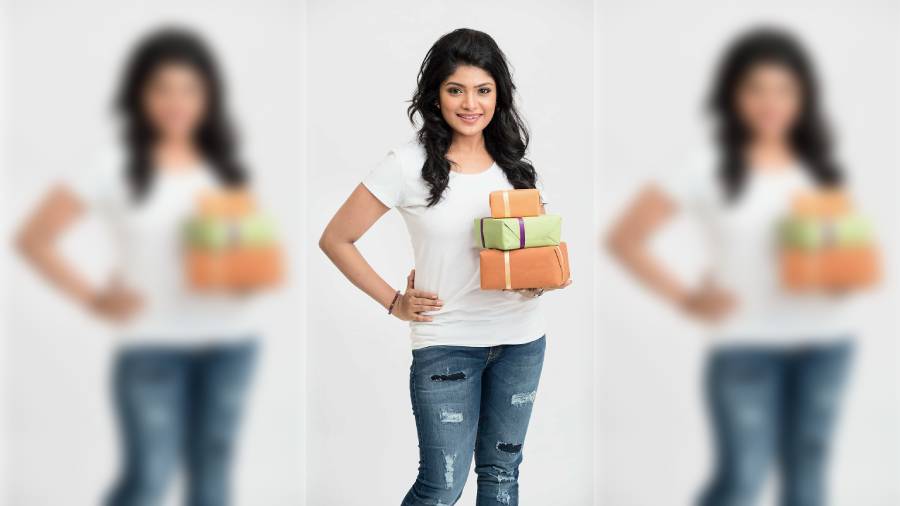 It struck me while buying a present for my 12-year-old. I suggested a pair of boyfriend jeans for her on her birthday. Could I even by the last stretch of my imagination have suggested “girlfriend jeans” for anyone, even in the times of gender fluidity?

No, because it doesn’t exist, but why doesn’t it?

I remember those pre-millennial days when I would travel with my family to Puri or Digha during the holidays. Newly-married women, flaunting sindoor and shankha pola, would wear their newly-acquired husbands’ T-shirts and loose pants – the 90’s version of boyfriend jeans. It was a moment of escape for the women, from saris or salwar kurtas and wifely roles. As they romanced the waves, they felt liberated into being someone else for a few days.

But can you imagine a man waking up in a woman’s negligee? That would have been the death of desire.

A woman in a man’s oversized shirt or pants cast the man in the role of the protector, and made the woman feel protected. Large outfits hide more and are assumed to protect women more from the male gaze, the rationale that also demands that women cover up their bodies, across religions, cultures and communities. We take in these associations and imagery as romance, or honour. A vulnerable woman remains sexy. But a man wearing women’s clothes, by and large, only diminishes himself. Still. There is no role reversal here. The hero is never seen in a micro mini or in a nightie (unthinkables!!!) even if he flaunts his six-pack abs in other scenes.

Fashion has a history of carrying on bad habits as trends. Something that sounds as harmless as boyfriend jeans is proof.

My daughter got her pair.