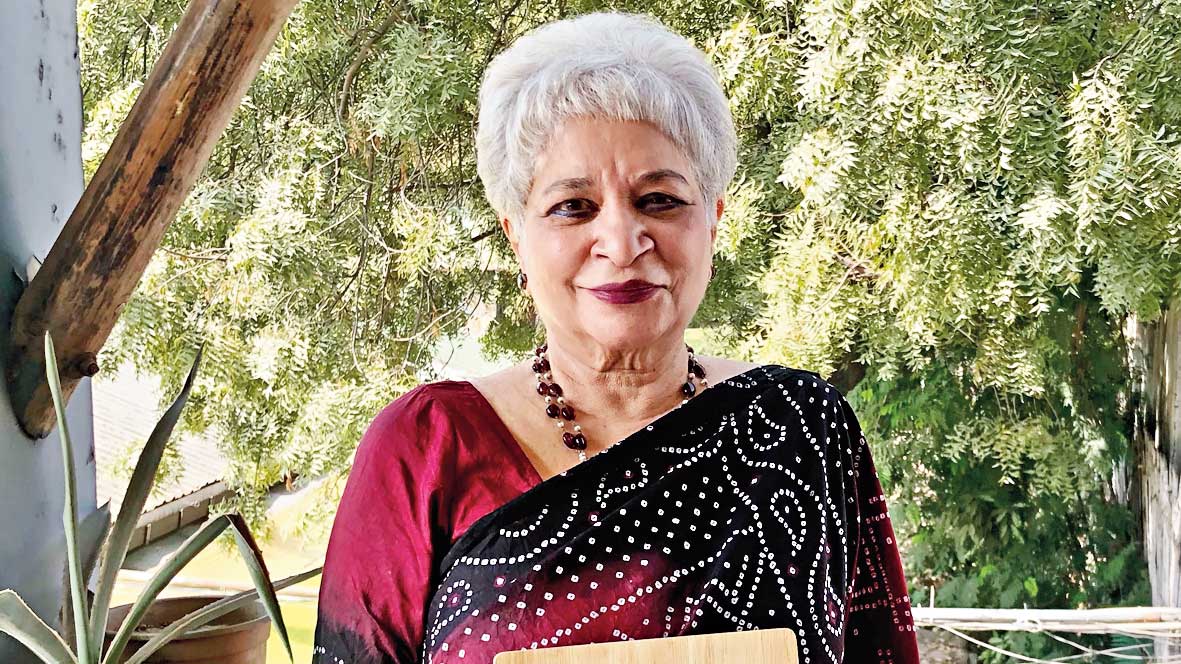 Laila Tyabji, a craft designer, writer and chairperson of Dastkar, the craft NGO she helped found, has recently been made an honorary fellow of the Association of Designers of India. The association is a network representing the interests of the Indian design community committed to promoting best practices in the profession in this country.

Unbelievable as this may sound, Tyabji is the first woman to be so honoured. Among its honorary fellows are Uday Athvankar, A.G. Rao, Shrikant Nivasarkar, Subrata Bhowmik, Ashok Panwalkar and Bidyabijoy Bhowmik.

“I was honoured at being nominated an honorary fellow of the Association of Designers of India as part of its annual Pune Design Festival,” Tyabji said in an email. “There are many reasons for being both surprised and delighted: One, to be the first woman in this hitherto exclusive male galaxy. Two, the recognition as a designer, despite having studied fine arts, not design, and consequently being considered ineligible and refused accreditation to work on the Ministry of Textiles Handlooms and Handlooms Design Schemes! And thirdly, most importantly, through  the recognition of my work and Dastkar’s, in having crafts given recognition as a sector of vital importance — with design as a major tool of the development process — crucial not only for the  survival of craftspeople, but for the survival of our own unique aesthetic, and our cultural and spiritual being.”

Tyabji has been working with grassroots artisans all over India for more than four decades. Many of her most rewarding projects involve creating new livelihood avenues through craft for pastoral and marginalised rural communities — bonded labour in Bihar, displaced villages in Ranthambhore, tribals in Odisha or victims of insurgency in Kashmir.

She studied art at MS University in Baroda, and in Japan, and has worked as a freelance designer in textiles, graphics, interiors and the theatre. She was awarded the Padma Shri in 2012.