Advertisement
Home / Culture / Style / On my back, a monkey cap

On my back, a monkey cap

Or, it’s not on our heads; it’s deep in yours 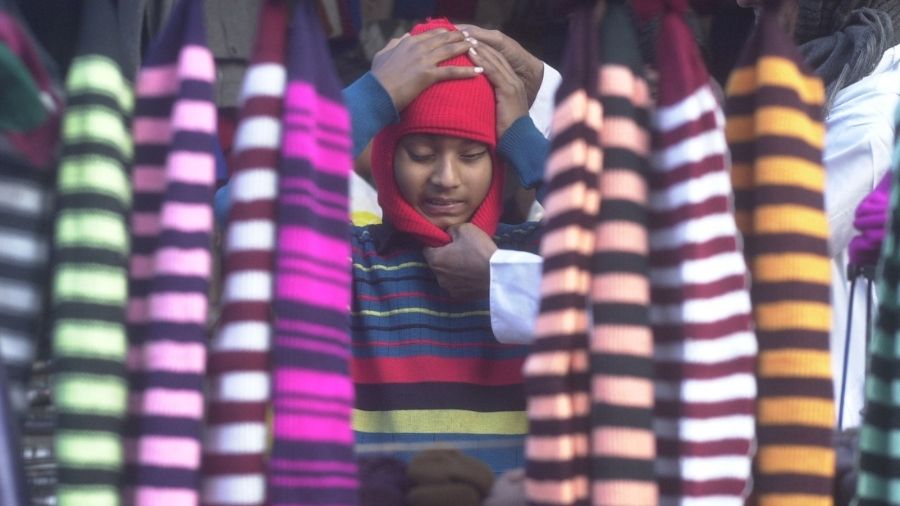 The monkey cap has for long been the mark of a Bengali, especially of the male variety. But is it still really? Many think so. In the last three weeks alone I have received at least three jokes on WhatsApp that underline the idea. In one, a video on winter and Bengalis, a young husband forces a monkey cap down his wife’s head, as winter is here and she will catch a cold. Perhaps he would have preferred to force it down her throat as a more direct way to combat cold. The act looks a bit like patriarchal violence, but never mind.

Another forward suggests that every winter Bengalis bring out their monkey caps — perhaps as others would don warpaint — because just as those in north India wear warm underwear in winter to protect their most precious assets, so do Bengalis. Here, too, the implication is that the monkey cap is a male attribute, for women’s assets are best revealed, even during winter — particularly during winter in Calcutta. And brains, in any case, belong to men.

But this piece is about a certain trait of the Bengali man that is not to be confused with patriarchy. This is about if it is at all right to identify the monkey cap with him.

It may have been at some point but not anymore. Look around you. How many Bengalis wear the monkey cap today? Not many. Not in the city, not in the villages.

Instead, Amitabh Bachchan does. He just did on his Ladakh trip from which he kept shivering. Dharmendra wore it long back in Chupke Chupke, a 1975 comedy film based on the Bengali film Chhadmabeshi. Did Sean Connery wear it? We will have to find out. But many did, all over the world.

Not surprising, as the monkey cap started its life as the balaclava, a name derived from the Battle of Balaclava during the Crimean War in 1854 — when the British troops used it as a warm headgear. From then on, the balaclava has been available to entire humanity.

Armymen all over the world still wear the balaclava. The US Marine Corps has been issuing it. In the USSR, it was worn by special police task force members in the Perestroika era.

It was on the cutting edge of fashion too. Calvin Klein’s Fall 2018 ready-to-wear featured oversized sweaters topped by nothing other than the balaclava. During the pandemic, some suggested that a virus-ready balaclava would be the perfect stylish headgear, if only it got cold enough.

In India, the balaclava was yet another thing that the British imposed on us Indians. It is still worn by armymen in the country. But the Empire struck back. It was reinvented here as the monkey cap, perhaps because it obliterates the wearer’s “human” features and is available in earth colours associated with simians.

The Army Monkey Cap is available on Amazon in several varieties at very affordable prices.

Its presence has been completely benign in Bengal. It has kept us warm, protected us from thanda and made us feel secure. Though how and when it began its special relationship with Bengaliness remains hidden in the mists of time. No, it predates Lalmohanbabu.

However, I, a Bengali who swears by her fish and rice, do not own a single monkey cap and never owned one. If I am of the wrong gender, let me add that my father did own one but gave up wearing it a long time ago. None of my male friends or cousins wear one.

Only Prosenjit did, in a recent film.

True, Bengalis are obsessed with catching a cold, much more than people who live in far colder places. It is rooted in our fear of the very air we breathe in (though the pandemic proved otherwise with us throwing caution and our masks to the winds).

But the monkey cap is an illusion in its own right. It is the outcome of our collective suspension of disbelief. Through the same mechanism, we still believe that Calcutta is the City of Joy, that it is beautiful, that it is the Cultural Capital of India and also that Bengalis are a liberal-minded, secular lot.

That is because we are talking through our hats. Or through the monkey cap, which is not there. We cannot let go of the things that make us feel good.