Gucci marks 100 years of the iconic fashion house with Aria 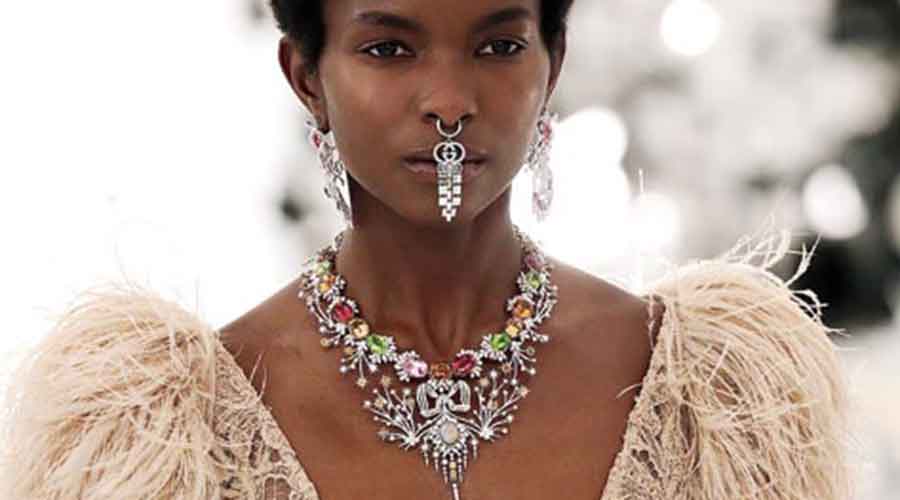 In commemoration of 100 years of the iconic brand, Gucci’s Aria was a virtual presentation in celebration of its past and heralding the new as creative director Alessandro Michele strategically also gave us a peek into what could be expected of his direction in the future. Presented in the form of a fashion film jointly directed by Michele and multi-disciplinary artist and videographer Floria Sigismondi, the video was shot at London’s Savoy Hotel, where founder Guccio Gucci was famously inspired. Featuring 94 looks, the show was set to soundtracks like Lil Pump’s Gucci Gang, Bhad Bhabie’s Gucci Flip Flops and Green Gucci Suit by Rick Ross. 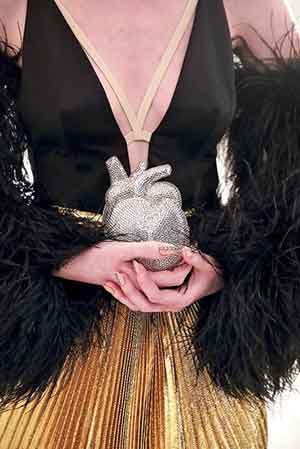 Not that pop culture was ever the testimony needed by the brand but the soundtrack of the film featuring these songs were a pleasant surprise by Michele, who is known for his refreshing outlook combining the past and a lot of foresight. Though Michele, in the invite to the virtual show, had already said, “I have plundered the nonconformist rigour of Demna Gvasalia (of Balenciaga) and the sexual tension of Tom Ford; I have lingered over the anthropological implications of what shines, working on the brightness of fabrics; I have celebrated the equestrian world of Gucci transfiguring it into a fetish cosmogony; I have sublimated Marilyn Monroe’s silhouette and old Hollywood’s glamour; I sabotaged the discreet charm of the bourgeoisie and the codes of men’s tailoring”, I daresay nothing prepared us to see Balenciaga designs and logos or designs reminiscent of Tom Ford’s time at Gucci (think Gwyneth Paltrow’s red velvet suit, circa 1996 but with exaggerated shoulders). 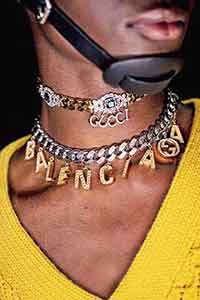 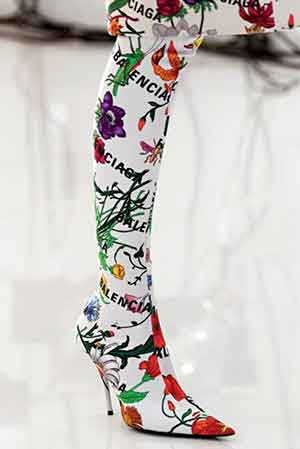 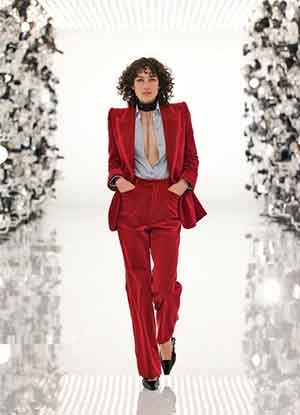 Aria revisited the brand’s equestrian heritage but gave it a fetishistic twist and as the models walked past the flashes of the cameras set up akin to the paparazzi, they often cracked a whip. “In my work, I caress the roots of the past to create unexpected inflorescences, carving the matter through grafting and pruning. I appeal to such ability to re-inhabit what has already been given. And to the blending, the transitions, the fractures, the concatenations. To escape the reactionary cages of purity, I pursue a poetics of the illegitimate,” said Michele before showing Aria, putting into context his take on nostalgia with a firm eye on the future. 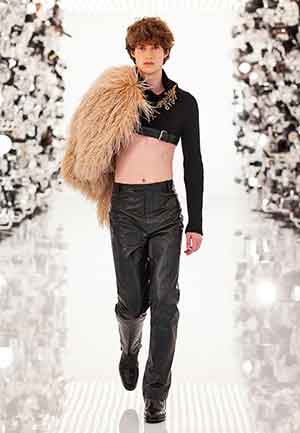 The most interesting feature of Aria, though, is Gucci’s take on “hacking” in terms of acknowledging iconic designs, whether from Ford’s era or from Balenciaga, its stablemate at parent company Kering. “In this sense, Gucci becomes for me a hacking lab, made of incursions and metamorphoses. An alchemical factory of contaminations where everything connects to anything. A place where thefts and explosive reactions happen: a permanent generator of sparkles and unpredictable desires. On this occasion, then, I want to honour my filial affection betraying the legacy that was handed down to me. Because the promise of a never-ending birth is only renewed through an evolving capacity,” Michele said to that effect.

Amongst diamante bags in the anatomical shape of a human heart or the iconic Jackie emblazoned with “Balenciaga”, Michele has retained both his individualism and the DNA of the brand as well as paved the way for a future of fashion that can see a lot more powerhouse collaborations (though this was not a collab, technically) — and not just the mild, high-low ones we are accustomed to.