The aalna came with many wooden rods and there was ample space for enough clothes to be on it: hung, spread out, semi folded or even folded 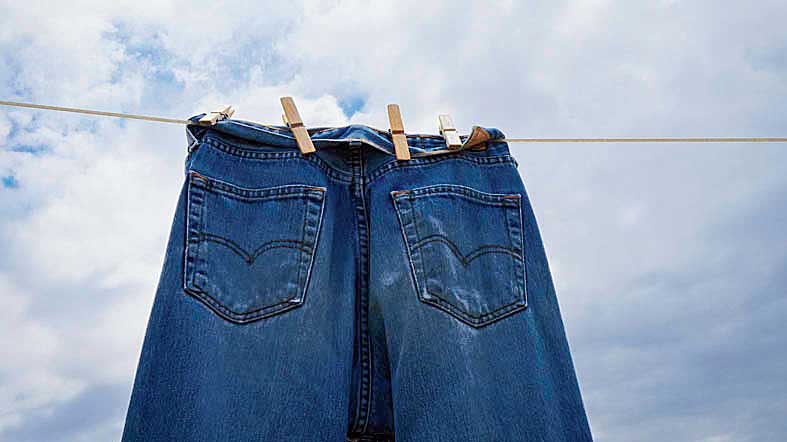 When an online search for “aalna” throws up “American Assisted Living Nurses Association”, it shows how far off the world has shifted. An intensive search reveals grubby second hand aalna on sale. And that’s it really. The humble aalna never actually made it to a digital platform, the place where lies the world’s future, or so we’ve been told.

In a world so fond of the word organic, which is used to label not just food but also corporate entities, this is a bit perplexing. For if there was ever a piece of furniture that grew organically out of its surroundings it was the aalna: a simple wooden rack on which clothes would not just be hung but could also be spread out.

The aalna was yet another evidence of Bengali craftsmanship; it could be simple, but also elaborately carved to match the opulent four-posters and mirrored bureaus of master bedrooms. Some of them had drawers at the bottom to store folded garments in.  About five to six feet in height, the aalna came with many wooden rods and there was ample space for enough clothes to be on it: hung, spread out, semi folded or even folded. 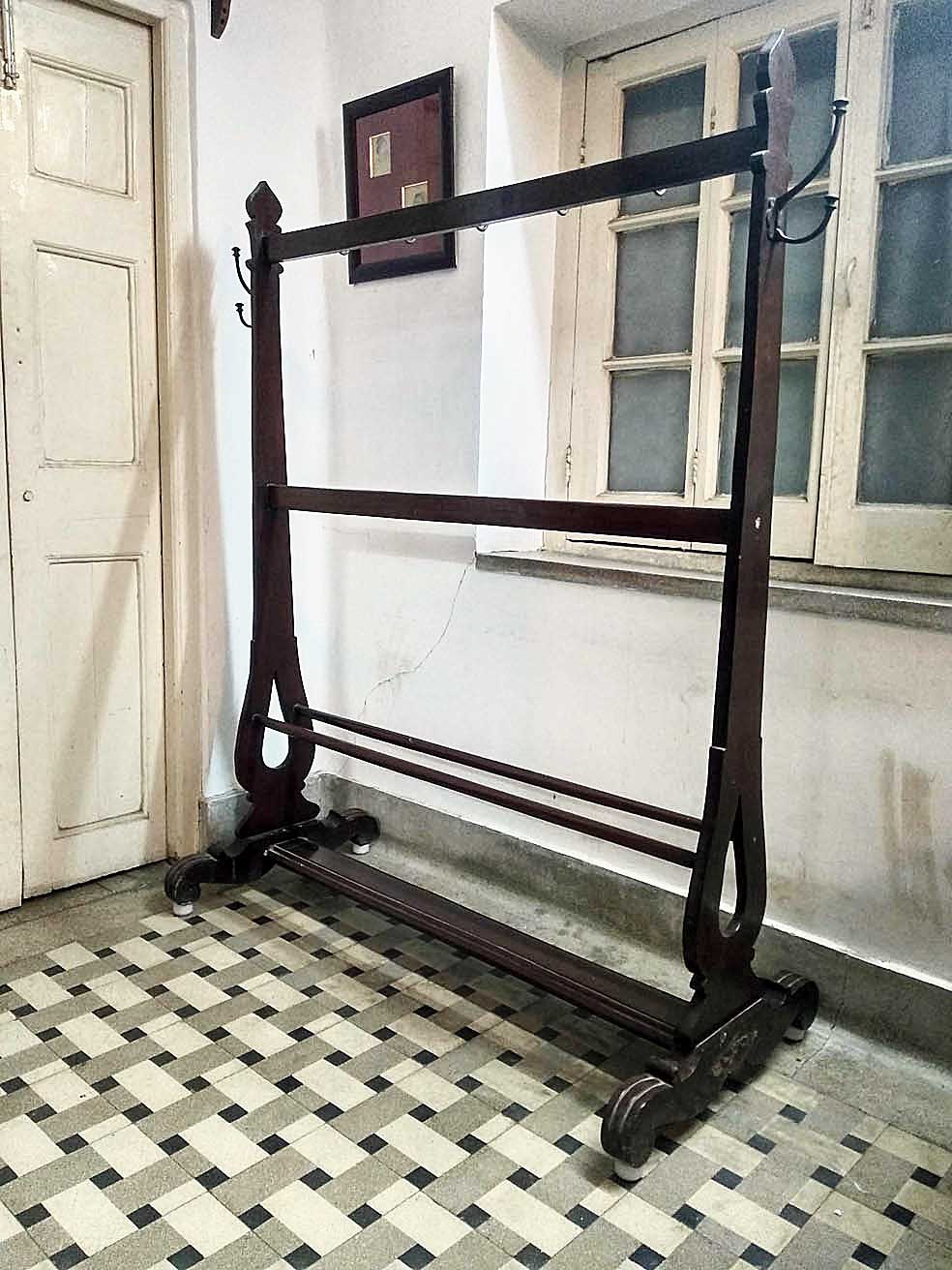 The aalna: a simple wooden rack on which clothes would not just be hung but could also be spread out
Photograph courtesy Beed Bari, Bowbazar

An aalna does not seem to have much presence outside Bengal. Diana Fuss in The Domestic Space Reader, published by University of Toronto Press, states that an aalna is said to have a purely Bengali etymology. In Persian, aalna means a nest. So perhaps a nest for clothes?

In the heartland of India clothes would be hung on pegs on the walls or inside almirahs, cupboards or covered shelves. That made sense because a dusty and dry north Indian climate warranted clothes being stored in covered spaces. In contrast an acutely humid Bengal needed space to air its clothes.

In Bengal it takes but a small walk to the corner shop or even to the kitchen to get soaked to the skin. It takes but a half hour for the body to catch a cold if continuing in the sweat soaked clothes. It takes less than that to sneeze were one to try drying oneself under the fan. And it takes even lesser than that if one dunks into a cold bath. The way out is to simply change into dry clothes.

There was a time when clothes were hand-washed and line-dried before the arrival of the energy and water guzzling washing machines. In those days an aalna found immense use for sparsely worn sweat slicked clothes which could simply be spread out on the aalna where they’d be ready for a next round of change a few hours later. Now of course they’re just dumped in the washing machine while we cry ourselves hoarse about climate change and cyclones in the Bay of Bengal.

It’s not our fault either. When life pushes us from airy homes to matchbox flats which crave sunlight, let alone cross ventilation, air conditioners become a lifeline. Never mind that a single strand of protein encased in some spiky fat appears out of nowhere and straightens out all habits that had seemed hitherto part of our DNA. It also bolts us out of the aircons. For how long though? The moment it’s over we’ll have to revert to our unnatural ways.

And this is precisely how the precious aalna vanished. Not because our bodies didn’t need to perspire any more, but because we found ways to stop them from perspiring. Not because there wasn’t enough space for an aalna in our homes —  sales of faux leather black sofa monstrosities in living rooms is at an all-time high today —  but because we were blinded to all that was actually organic vis-à-vis that which was imported into our psyche.

An aalna would have been perfect to discreetly dry moist bras on too. If only wishes had wings that led to time machines.