Advertisement
Home / Culture / Style / Going beyond the face of the mask

Going beyond the face of the mask 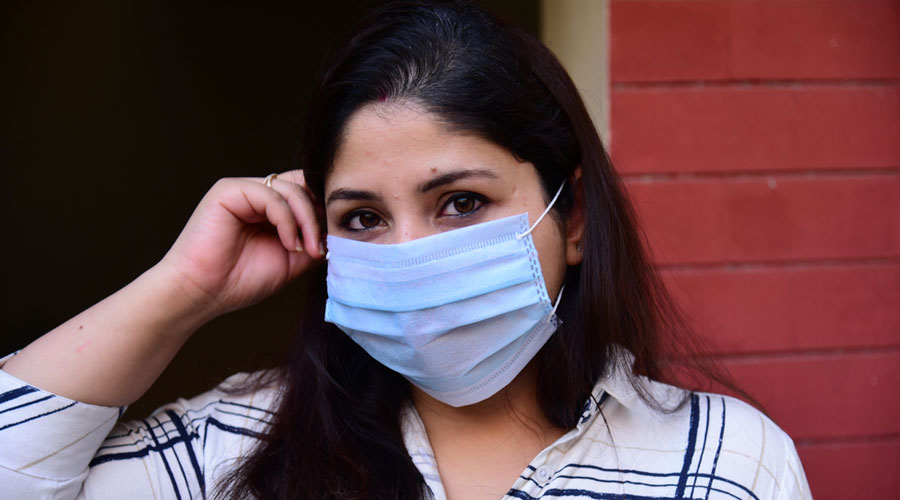 A mask does not affect the expression of fear and anger, which are upper face emotions, Niedenthal is quoted as saying.
(Shutterstock)
The Telegraph   |   Published 01.07.20, 11:34 PM

The mask has already changed us, and not only physically.

You don’t like feeling trapped in your own breath. Other side effects of the mask: an unbearable urge to scratch your nose appears and so do rashes around your mouth. Or you may fail to recognise your best friend. (Though some feel that the mask actually improves the wearer’s appearance by hiding the faults.)

But there are deeper changes, apparently, brought about by the mask.

An article on www.vox.com quotes Paula Niedenthal, who teaches psychology at the University of Wisconsin, as saying that without the benefit of looking at the lower half of someone’s face, we lose information about that person.

When the lower half of someone’s face is hidden, that person’s emotions come across as less strong. A smiling person seems less smiling when his or her mouth is covered.

A mask does not affect the expression of fear and anger, which are upper face emotions, Niedenthal is quoted as saying. Wide eyes or raised brows remain as visible as ever. But happiness and sadness become harder to read.

So maybe soon we will learn to read more about a person by just looking at the eyes and the forehead. Or will try to speak a little differently, to include the missing emotions. Or laugh a little louder, to make up for the lost smile.