A third-generation Kanishka’s fan meets Nandita Raja, one half of the Calcutta couple behind the label that has just turned 50 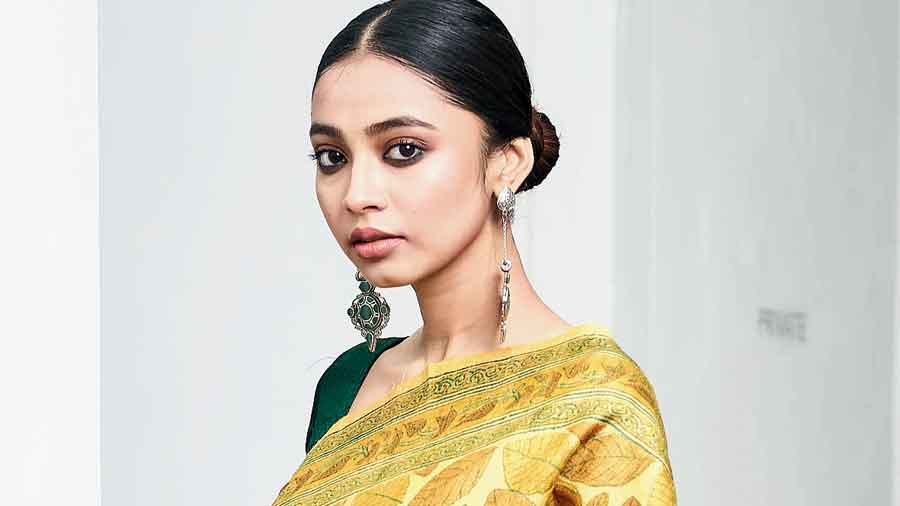 Shopping trips after school, the smell of dye and starched cotton, my grandmother’s discerning eye and striking block prints – memories flash before my eyes as I enter Kanishka’s co-founder Nandita Raja’s house in Ballygunge Place on a September afternoon. I have known her landmark sari shop with its classy displays at Hindustan Road forever. I am a third-generation fan, no less.

My mother’s love affair with Kanishka’s began in the mid-70s. A white and blue block print  cotton and a red mulmul with silver border gifted during her baby shower had turned her into a fan overnight. She still has one of them. By the 80s a Kanishka block print was a must-have. At one time my mother had most of their signature motifs in her wardrobe.

Nandita is wearing a white Bomkai with a resplendent red and black anchal. Her home, done up with beautiful handicrafts, exudes the same radiant warmth and hospitality that she does. She had started her business from her drawing room on August 15, 1970. 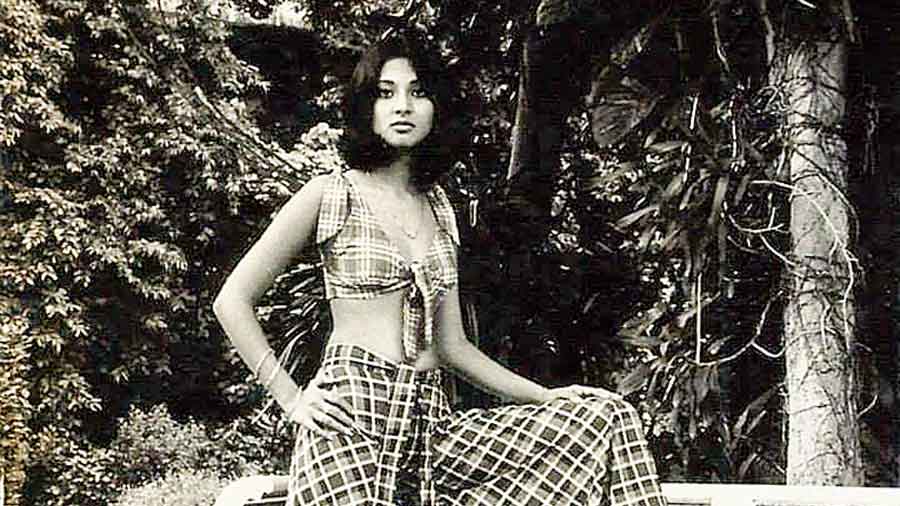 Moon Moon Sen models for a Kanishka’s handloom outfit collection meant for export, in 1971
Sourced by The Telegraph

“Every sari has a tale to share – from its weave to its wearer. It has been an emotional 50 years for me,” says Nandita. “All my saris are special to me, every weaver an artist.”

She was desperate to work after the birth of her first son Kanishka. “I was always interested in designs. But it was my husband, Dilip, whose artwork became the gamechanger,” she says. “When Dilip painted a sari of mine I realised how talented and interested he really was,” says Nandita.

Since then the couple have been partners in a business where they have travelled to remote villages, revived folk art and traditional weaves and provided livelihood to several weavers and artisans. They are credited with reinventing the Bomkai sari. Kanishka’s today supports over 160 people and staff. The Rajas have learnt to print and mix colours working alongside their staff.

“I wasted many saris as I tried to dye them myself. I learnt a bit about block printing too. I chose motifs inspired by folk art and ancient scripts. I love trying out new designs while sticking to tradition. Handloom products never go out of fashion,” says Nandita. Barring a few recent powerloom weaves, saris at Kanishka’s, block-printed printed or traditionally designed, are handloom.

The pieces that have stood out over the years are her silks and cottons in block prints. Her parrot prints are still ordered. 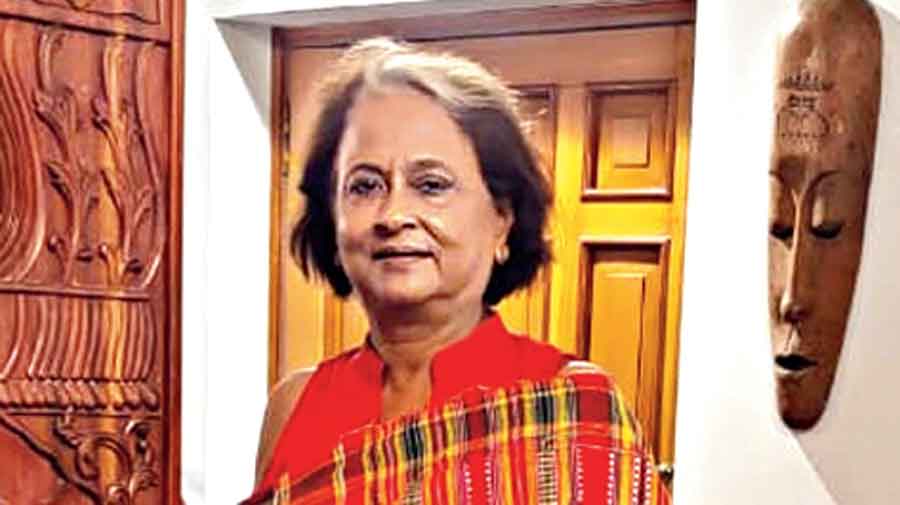 Nandita Raja
Sourced by The Telegraph

“I began with 20 Dhanekhali saris that I bought from Howrah haat and got them printed. One sari, priced at Rs 25, had ‘Subh Labh’ written in Hindi all over its border along with an owl motif. That became a huge hit and my business took off.” She now prefers spending time at her workshop, hoping to set up an organic vegetable colour unit away from the city one day.

Since lockdown Kanishka’s has upped its virtual presence with new online catalogues. “Our online sale has increased. We are also working on our webpage,” she adds. But she hopes the virus will free sari lovers one day so that they can appreciate the weaves in person.