The exiled Iranian is one of the world's most important artists, whose works also cover women's rights in Iran 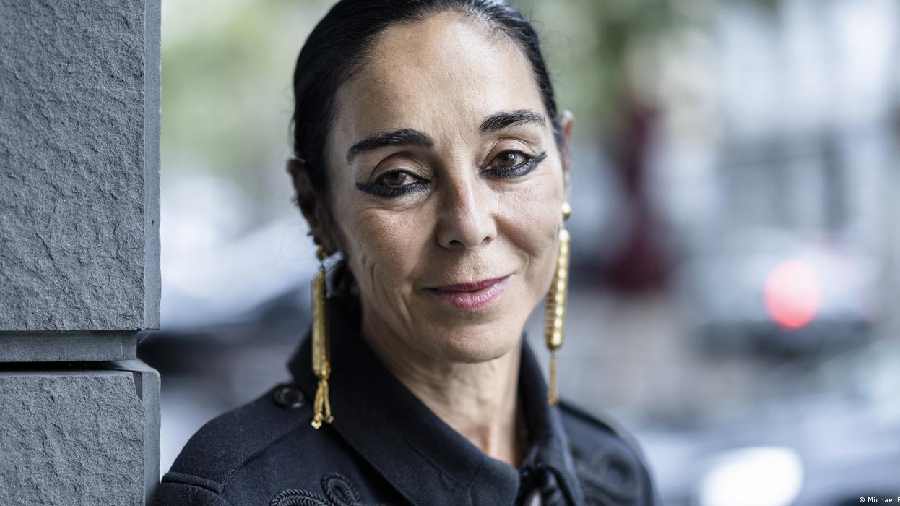 Shirin Neshat is an award-winning Iranian visual artist, whose works as a photographer and filmmaker have focused on women, identity, politics and Iran. She's been living in exile in the United States since 1979. Her latest film, Land of Dreams, will be released in German theaters on November 3. It is a fictional story about an Iranian woman balancing her Iranian past and the American culture she was raised in. DW's Andrea Kasiske spoke to Neshat about the current situation in Iran and her new film.

DW: The death of 22-year-old Jina Mahsa Amini while under the custody of the morality police has triggered demonstrations and anger across the country. Especially from women. Did that surprise you?

Shirin Neshat (SN): The frustration and rage of the Iranian people have been brewing for a long time and the murder of Mahsa Amini unleashed this explosive anger. That's why it's not just about her death. It's the culmination of all the frustration of women who have been forced to veil themselves for 43 years. It's not just about the hijab as that's just a symbol. It's about how their lives have been affected living under a regime that sees them as second-class citizens, worth half as much as men, that treats them as if they just belong in the house and gives them very little power in public spheres.

There are many educated women and they realize that they do not have the same human rights as men. Even more so now that this government has gone so far as to murder a young woman just because she showed some hair.

DW: There are over 200 dead and the regime is striking back brutally. Is this extreme reaction a sign of fear?

SN: This movement, which we Iranians now call a revolution, is the biggest uprising since the 1979 Islamic Revolution. We've had a number of different short lived uprisings in the last few years. There was the Green Movement in 2009, which lasted no more than ten days or so. And so many expected this to be another upheaval, kind of a hiccup. But we are now in the second month and it is not as trivial as they thought. This time it is not about the economy, unemployment or water — it is about women. And women are a very sacred part of society. For the men, these are their sisters, wives, mothers. So, the murder of a young woman is sacrilegious to the Iranian people. That's why I don't see the women or the people in Iran going back to the way they were six weeks ago.

DW: You have family and friends in Iran. What have you heard from them?

SN: Yes, I am in constant contact with my family and the people of Iran. There are some who are very cautious because they are uncertain about the future and whether there might be much bloodshed. Some remember the Iranian Revolution and the violence; others believe this is finally the end of the dictatorship. There are conflicting views. But I think when there were over 80,000 demonstrators on the streets in Berlin and people in Iran saw these images on satellite TV in their living rooms, it added momentum to the movement. They understand that this is very serious and that they may soon have to come out on the streets of Tehran and show that they support their young people.

DW: You have released a digital work titled "Woman — Life — Freedom," which was shown in Los Angeles and at London's Piccadilly Circus and is also for sale. 50% of the proceeds will go to Human Rights Watch. So far, you've held back on concrete artistic interventions. Have you become an activist?

SN: I don't consider myself an activist. But my work has always revolved around three things, women, religion and politics, so I would not say I am not a political artist. From my photo series "Women of Allah" (1993 -1997), which shows women who are voluntarily militant and religious, to the film "Women without men" (2009), which is about the 1953 military coup in Iran, all my works are about politics, history and religion. But many artists, including myself, would rather just be poets or artists. And yet you find yourself in a position where you realize that your voice counts and that you have to support the people who don't have a voice. And if several people know me and I'm publicly advocating and asking for help, then maybe I am an activist after all. It's just we're born in a country that is in constant political upheaval and we have a public presence, and therefore we have a responsibility to speak up. And that's what I'm doing.

DW: What about the visibility of women artists in Iran? Many women attend art schools, but only a few become internationally known.

SN: There are several prominent female artists who have exhibited internationally. But it's difficult because there is no freedom of expression. They have the government on their backs, inspecting every single piece of art that is to be exhibited in a gallery or museum. Or they cannot export their works. These artists and performers live in a very repressive environment and obviously their narratives are a reflection of the life they live; instead they have to hold back and paint flowers or landscapes. You can see their dilemma and frustration. But, there are a number of women who are very active artistically. I curated an exhibition in New York and was able to connect with some and learn about their work. But it's very difficult to access their works.

DW: Your latest film, "Land of Dreams," is about Simin, a young Iranian woman living in the United States. She collects data on people for the Federal Statistical Office and logs their dreams. These are often nightmares, and Simin is also plagued by one. Her father, a communist, was murdered in Iran. You look at the USA, but Iran doesn't let you go?

SN: My works that are related to Iran are partially based on my private narrative — of living outside my country, my unresolved relationship with Iran, my trauma of separation from my family. But I did not want to create autobiographical works. There are many of my fears in my works, but always also the collective fears of the people of Iran in general. "Land of Dreams" is about my relationship with the United States. And sure, I'm an immigrant, I have my own experiences in the US, both positive and negative. I want to tell stories about the country, whether it's Iran or the US. In this case, it's also a critique of American society.

DW: Towards the end of the film, Simin has to justify herself to the office because she has collected photos of people and, in a kind of artistic role-playing, transforms herself into these very people. She utters the central sentence: "You can't control people's dreams, they are powerful, you should fear them." Has this sentence now acquired a new meaning in relation to Iran?

SN: When we talk about Iran now, it's about dreams and nightmares. And the nightmares reflect our fears. I have this obsession, I really want to understand our subconscious. Dreams and nightmares cross broundaries, are universal, and often they are about simple things, violence, uprooting, being abandoned. In terms of Iran today, it's similar. We dream of reunification, of being able to go back, of people being free in Iran. But there are also the nightmares of bloodbaths, of people killing us. We are between these two poles. My film, "Land of Dreams" is also about dictatorship, the United States in the future, a country not unlike Iran. That could use surveillance to control people's dreams and subconscious. Just like the Iranian government does.