Advertisement
Home / Culture / She who broke the bhashaan dance ceiling

She who broke the bhashaan dance ceiling 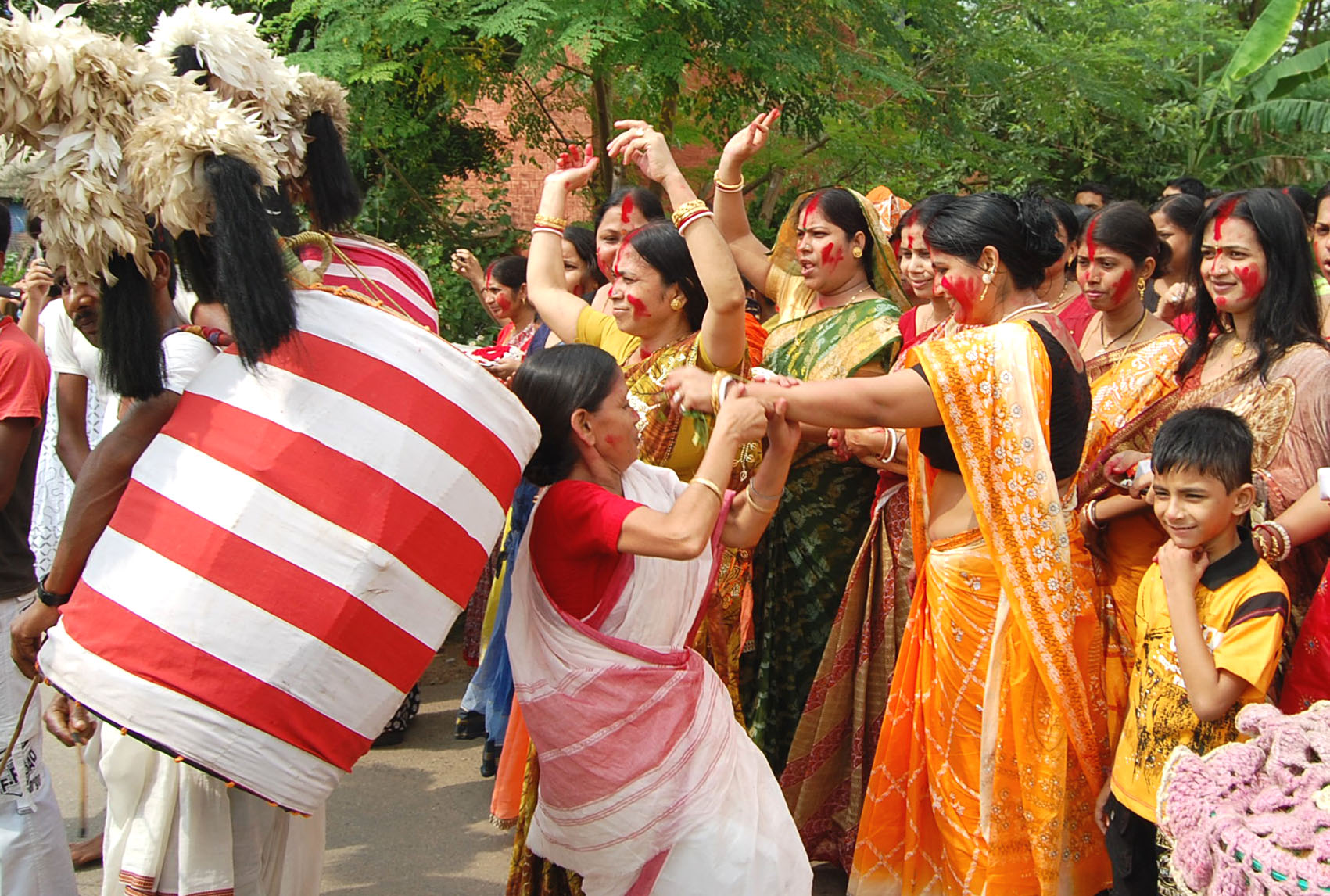 A few days before Kali Puja, a quiet, respectable, middle-class neighbourhood in suburban 80s Calcutta was jolted by the sound of an explosion. The bomb, it must be admitted, was metaphorical. Yet, its power could only be measured on the atomic ruler. The person who had burst the bomb was a demure lady, Shukladi — a plain, quiet woman who lived her life under the shadow of her domineering husband.

That year, on a pleasant October evening, at a para meeting that had been called to discuss the nitty-gritty of the forthcoming Shyama puja, Shukladi had declared, in a low but resolute voice, that she would dance during the bhashaan. It was her declaration, like a modern-day “I-have-a-dream-speech”, that caused the explosion in the local corridors of power.

Shukladi’s husband was, expectedly, the first of the survivors who tried to douse the flames. He raised his voice in indignation, but soon suffered a coughing bout. Perhaps it was all the sulphur in the air. But his wife, who had agreed with his pronouncements during 30 years of marriage, brushed aside both his fury and cough. She repeated, again in that quiet, firm timbre, that she would perform the bhashaan naach.

It was then the turn of the local patron of the arts, who flashed his CPI(M) Nagarik Samity badge like a gun at the drop of a hat, to confront the middle-aged lady. Bhashaan naach, he argued, was a cultural contaminant — a prime example of oposanskriti. The village woman can carry bales of rice; her urbane, cultured sister could certainly talk of the troubles of her rural comrade; but neither woman can be allowed to shake a leg.

In response, Shukladi only said that she would meet the drummers half an hour before bisarjan to practise her moves.

At the appointed hour, a chilly November night, nearly every vantage point in the neighbourhood — balconies, terraces, boundary walls and even branches of the regal chhatim tree — had been taken over by a circus audience, eager to witness the gladiatorial tussle between the lady and the Red knights.

It was the Party, blessed with a brutal imagination, that won the battle without shedding blood.

An unsuspecting Shukladi took up position in front of the drummers. The dhakis started to beat the drums, slowly at first. Shukladi had no trouble matching the beat, and the spectators hooted in delight. It seemed that the Revolution had arrived — at last — but a woman, and not the Reds, was leading it.

But then, para lore has it, something terrible, almost a tragedy, started to unfold. At the signal of an invisible but omnipotent conductor of the percussion orchestra — did he carry a sickle, a hammer and a star? — the dhakis started to play their dhaks faster, causing the dancing lady to falter in her steps. Beads of sweat appeared on her forehead. Some say it was the strain. Others smelt her panic. The crowd — it included a few women — kept on hooting. But for the first time, it appeared that it was baying for blood.

The end came swiftly. The drummers raised the tempo further. The marching band began to move, taking with it the entire procession — sedate men, shy women, intoxicated drummers, curious onlookers and even the goddess. What they left behind was a solitary, ageing, exhausted woman, crumpled not by fatigue but humiliation.

None quite talked of what had passed that night from then on. The para returned to its mundane life. Even Shukladi returned to her old life, nodding her head vigorously to every word uttered by her husband. They say that she became quieter.

But something did change. A few months later, in the month of March, when the heat began to rise, turning the krishnachuras in bloom the colour of blood, the neighbourhood discovered a curious notice pasted on the community message board, next to the day’s bulletin on Ganashakti.

It said that the Nagarik Committee, in keeping with its revolutionary zeal, would welcome applications from women — didis, boudis, even mashimas — to participate in a boisterous, public procession on Doljatra. The Party had even made arrangements for abir, sweets and music — not Rabindrasangeet or gananatya songs, but something more popular, something with beat.

A number of women, young and old, did participate. But not Shukladi. Some say she stood on the balcony, watching the procession silently, the silhouette of that swaying revolution on the street.

How Bengalis in Oslo welcome Durga