How Bengalis in Oslo welcome Durga

How a nostalgic Bengali community celebrates the autumnal festival in Norway 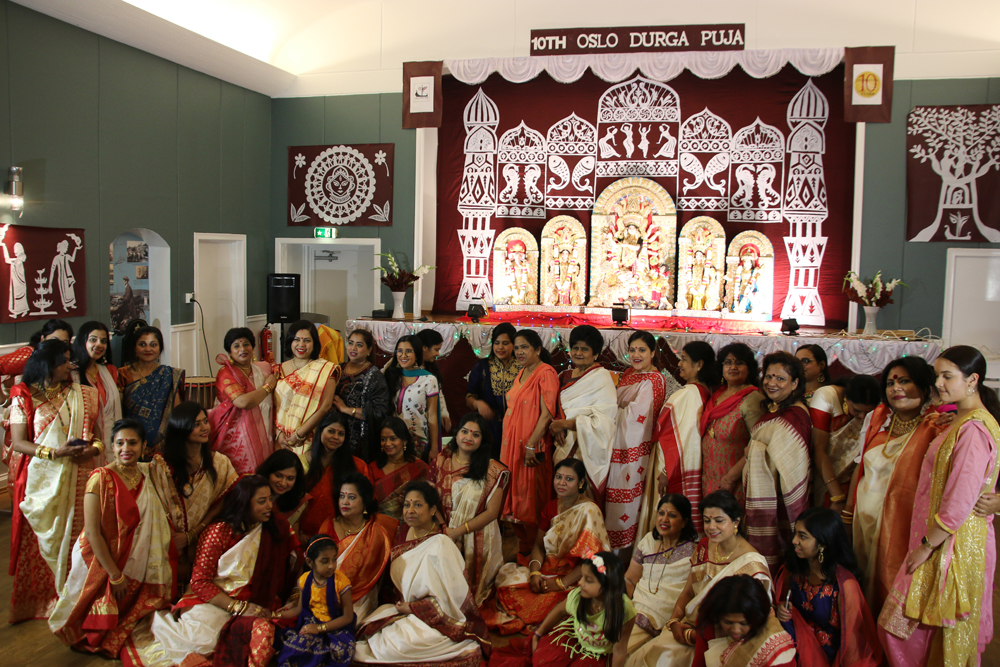 The fervent beating of dhaks, gentle swish of sari-clad women, towering idols of Durga and her children and kids crooning the latest Bollywood number — you could be forgiven for assuming we are talking about another Calcutta para during the autumnal festival that celebrates the goddess’s return to the earth. But, in fact, we are discussing Oslo, Norway, where Durga Puja is an important cultural event for the nostalgic Bengali community.

Started in 2009 by enterprising Bengali women, the Oslo Puja attracts many devotees from the city and places as far as neighbouring Sweden. It began with an idol brought to Oslo all the way from Calcutta.

The number of revellers swells to around 150 on Navami. The organisers have to limit the size of the crowd because of space constraints at Furuset Vel, the venue, Biplab Kumar Dutta, one of the organisers, tells The Telegraph on phone. The revelry usually starts on a Friday afternoon and goes on over the weekend.

“We also get local Norwegians who come to participate in the festivities,” Dutta says. “We have a few hundred Bengalis in and around Oslo, who come to our Puja.”

Not only the setting but also the events lined up for the three days of the festival seem like that of a Calcutta Puja. Anjali and dhunuchi naach are very much parts of the celebrations in the Scandinavian city.

The organisers spend around NOK 40,000 (around Rs 3,10,000) on the festivities. “We don’t accept sponsorships because if we do so, we might lose the Bengali flavour of the festival,” Dutta, who hails from north Calcutta, says.

The Durga idol was brought to Oslo from Kumartuli in Calcutta. “The size of the idol has increased over the years,” he says, adding: “In Norway, we don’t have a visarjan (immersion) of the idol every year. Instead, we put the idol away at the end of the festivities and take it out again the following year.”