Advertisement
Home / Culture / People / Padma Lakshmi on food, family and what India means to her, then and now

Padma Lakshmi on food, family and what India means to her, then and now 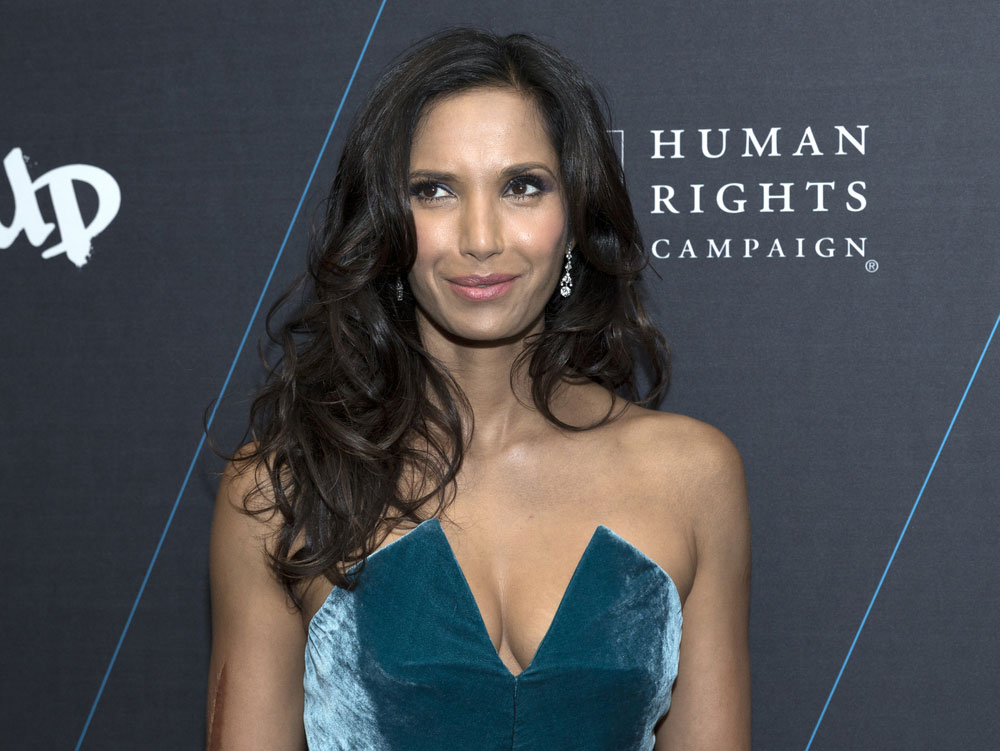 Author to activist, actor to anchor, Padma Lakshmi wears many hats. She now returns to host Top Chef, the culinary competition show (premiering on October 7 on AXN). The statuesque looker — who turned 49 on September 1 — chatted with t2 from New York on what makes her return to the show every season, daughter Krishna’s interest in food and her culinary inspiration....

Belated birthday wishes. Does 49 seem like a milestone of any sort or has age always been a number for you?

Well, I feel happy and healthy and I have a beautiful child. My career is going well and I have a lot to be thankful for. I woke up on my 49th birthday thinking that I wouldn’t really want to turn the clock back. I wouldn’t like to be at any other point in my life at all. That’s because I am much happier now than I have ever been. So I don’t mind being 49… I think 49 is just great! (Laughs)

This is going to be your 14th year hosting Top Chef. The last time we had spoken you had mentioned that you feel a sort of “proprietorship” over the show. What is it that makes you come back season after season?

The reasons are as much personal as they are professional. Over the years, I have become quite close to my whole crew. We are like a little family and it’s always nice to see them again… it’s nice to keep working with people one has a great mental shorthand with. This show has a life of its own. It’s like being on a basketball team… we are all kind of working towards the same goal.

My other work outside this show is pretty solitary. Whether it’s solo travelling around the world or writing on my laptop all alone in my room…. So on Top Chef, I quite enjoy the collaborative aspect.

Also, being on the show allows me to see how passionate people are about their craft. To be surrounded by people who love food as much as you do and can talk about it for hours is the reason that I keep coming back.

Do you approach hosting each season differently?

I try and keep myself open every season. I think my job is to make sure that the chef understands the challenge and translates that challenge into usable and absorbable bytes for the camera. I just try and make sure that I stay as cool as possible. We film in very high-pressure situations where the contestants are not only competing but they are also on television, the cameras are always on their faces, and my job is to keep them calm and help them do their best. I cannot interfere, of course, in what they do, but I try and make everything else as calm and relaxed as possible. I compare my job to that of a sixth standard teacher (laughs).

You have to eat a lot of food while making the show. Do you kind of change or up your diet and workout routine during and after the months you shoot the show?

While I am filming, I have no time to work out, honestly. Making the show then becomes my top priority, as well as spending time with Krishna whenever she is on set with me. I just give myself permission to slack off a little in terms of working out and eat what I have to in order to do my job well.

Once I am off set, when I go back at night, I try and eat very simple, clean and light food, stuff like lentils and rice and yoghurt… things that are not complicated and are easily digestible. I eat stuff that will keep me energised and healthy.

When the show gets over, that’s when I get into a complete food detox. I go off all kinds of fat and sugar. I still eat a decent amount of food to keep my body nourished, generally food made at home without too much oil. I also start working out a lot, almost up to two hours a day.

You’ve mentioned that Julia Child has been a culinary inspiration for you. How did she shape your love for food?

Julia Child was an amazing woman. She was a home cook and was far from perfect in her cooking. But she’s an inspiration because of the way she taught herself watching those black-and-white TV programmes. I am inspired by her because she didn’t start out in her earlier years as a chef. She didn’t go to culinary school or work in a restaurant. She didn’t even start cooking properly till she was 30 years old. It was only when she went to France with her husband that she started developing a major interest in cooking.

What I love about her is how curious she was about food. She made cooking fun and doable. That’s how I have tried to pursue my own love for food… just being open and curious. While growing up, I would watch Julia Child’s shows on TV and at that time I was a vegetarian, so a lot of the things she made would scare me (laughs). I appreciate her and what she did with cooking a lot more now.

I like (Yotam) Ottolenghi (Israeli restaurateur and chef), but I mostly follow food writers as opposed to chefs.

I believe your nine-year-old daughter Krishna has also started showing an interest in cooking?

Yes and no. She likes to bake because that involves a lot of sweets (laughs). I have to keep ensuring there’s a balance because she does have a sweet tooth. The thing is that she’s around food all the time because we are constantly testing recipes from all over the world in my kitchen at home. So there’s also a point where she gets sick of it and just wants to eat something really simple.

In an interview earlier this year, you’ve said you want to connect more with India, “to see places I’ve never been to”. What did India mean to you when you were growing up here and what does India mean to you now?

When I was growing up, it meant safety and security, it meant family and the food that we ate as a family. The frying of the tarka — curry leaves and chillies and spices — that my grandmother would do on the stove… that sound and that sight takes me back to my early childhood... just the fragrance wafting through the house, you know....

India then meant my hometown Madras, the chaat I loved to eat and the walks on the beach I would go on. It meant my grandparents, my cousins, the temple we would go to…. I had a very, very simple childhood… a small south Indian family, you know, and I really cherish that. My life then was so different from what it is now and I really look back with extremely fond memories.

Now, India to me is a large, vast country that I would really like to understand better. Indians all over the world are constantly contradicting each other because India is such a big collection of individual, different cultures. Look at the contrast we have in India today — there are gay couples living together in Bombay and then there is bride burning and child marriage just a few hundred kilometres away. I would love to discover parts of India that I don’t know… like I have never been to Assam or Sikkim. I would love to go to Kashmir, but now, sadly, is not really the ideal time to go there. I’ve only been there as a seven-year-old girl and I would really like to see what it’s like now.