The Indian who crunched numbers to measure India

Exactly two centuries ago a British lieutenant undertook the task of measuring India; and a Calcutta boy crunched the numbers. Paromita Sen maps their journey 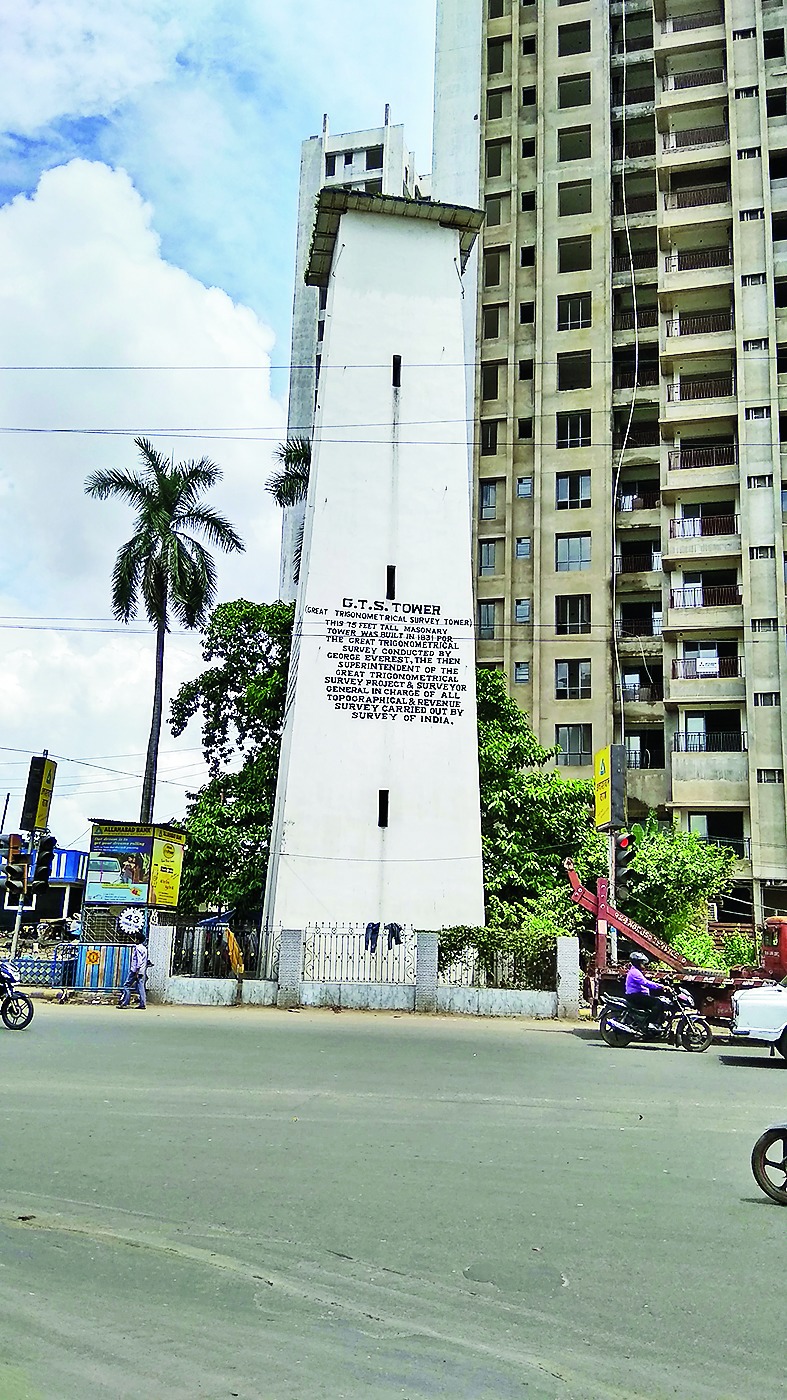 The tower near Chiriamore crossing in the northern fringes of Calcutta rises from a square base and tapers to a platform at the very top. The black English lettering painted on it reads: "G.T.S. Tower". The door leading to the tower stairs, however, is locked - it is the property of the public works department. The protective grill around the tower is festooned with clothes put out to dry.

The traffic policeman in a booth adjoining doesn't know what GTS is. Neither do most people who cross the tower daily. (It has a twin 15 kilometres away, in the northern suburb of Sodepur, consigned to similar ignominy.) The ones who are aware just know the tower had something to do with one Radhanath Sikdar and the measurement of Mount Everest.

But first, George Everest, after whom Mount Everest is named, had no interest in mountains - neither in climbing nor in measuring them. It was Andrew Scott Waugh who first suspected that Peak XV was the highest point on earth. And this is where the redoubtable Sikdar came in.

Calcutta boy and mathematician Sikdar was the first Indian of rank in the Great Trigonometrical Survey (GTS), a giant initiative to map India. Waugh, who eventually succeeded Everest as the surveyor-general of India, asked "chief computer" Sikdar - data analyst in today's parlance - to come up with a formula to work out the height of a mountain from readings taken from a distance.

Sikdar taught himself the theory of minimum squares and applied it to the calculations of Peak XV, thereby minimising error. When Waugh decided to name Peak XV after his "revered chief" Everest, Sikdar approved. In a letter to Sikdar dated August 25, 1856, Waugh writes, "I am glad that the name I have given to the highest snowy peak has given satisfaction to yourself..."

Everest may have had little to do with the measuring of Mount Everest, but his links to the GTS towers here are not as tenuous.

The GTS was the brainchild of another Englishman, surveyor, geographer, astronomer and mathematician William Lambton.

The way it happened, the East India Company had just fought and won the war against Tipu Sultan and conquered Mysore. Lambton, who was also a soldier, suggested to his superior, Arthur Wellesley, that this could be a good occasion to map the newly-acquired territory.

Writes John Keay in The Great Arc: The Dramatic Tale Of How India Was Mapped And Everest Was Named, "...the country was virtually unknown to the British. To define it, defend it, and exploit it, maps were desperately needed."

Lambton resorted to triangulation for this exercise. Triangulation works on trigonometric principles, whereby two known sides yield the measure of a third. Of the two sides whose measures are known, the first, which actually forms the base of the triangle, is known as the baseline.

Lambton got himself equipment and instruments for the measurement. A long chain was procured.

The initiative took off in right earnest from Madras in 1802. Lambton measured a line of triangles from Madras to Mangalore to work out the area of the Indian peninsula.

Impressed by his scientific precision, the East India Company approved his plan of carrying his triangulations from the bottom tip of India to its centre. After 17 years in the field, the exacting Lambton felt the need to find and appoint a successor. In 1818, a 27-year-old lieutenant by the name of George Everest entered the scene.

Everest started his survey from the jungles of the Krishna-Godavari basin during the monsoons.

It was not a good experience, the team had to abandon the survey midway when all of them contracted fever, possibly malaria. Fifteen members lost their lives to this ailment that continued to plague Everest for the rest of his life, forcing him to take a year's sick leave in 1820 and again in 1825.

That second break lasted five years but it gave him time to amass knowledge as well as superior equipment for the survey. He procured a set of compensation bars to replace the old chain used to measure the baselines. This is how it worked: the GTS started with a baseline and a new one was measured every 200 miles to ascertain that the triangulation was correct.

The Calcutta baseline was the end of a series of triangles from Sironj in Madhya Pradesh. The measurements were being worked up from Cape Comorin, present day Kanyakumari. When the team reached Sironj, Everest's health broke down. Before leaving on his break, Everest instructed his assistants to carry out the triangulation up to Calcutta.

Keay writes, "Everest had originally chosen an eight-mile stretch of country well outside the city... But it was found that three hundred trees would still need to be felled, numerous mud houses removed, and a succession of small ponds filled in."

To avoid this, a stretch was chosen along the straight and level Barrackpore Road, what we now call the B.T. Road. And that is when these two 75-metre high towers were built to mark the ends of this stretch. Readings were taken with a theodolite, a telescope-like device.

As we walk away from Chiriamore, it seems odd that Everest should be remembered for a mountain he didn't care for, and not for the mountainous project that he undertook and considered his life's work.

Incidentally, his name was pronounced "Eve-rest", not Everest.