We have come under an expanding regime of the unelected. A look at who they are, how they rule 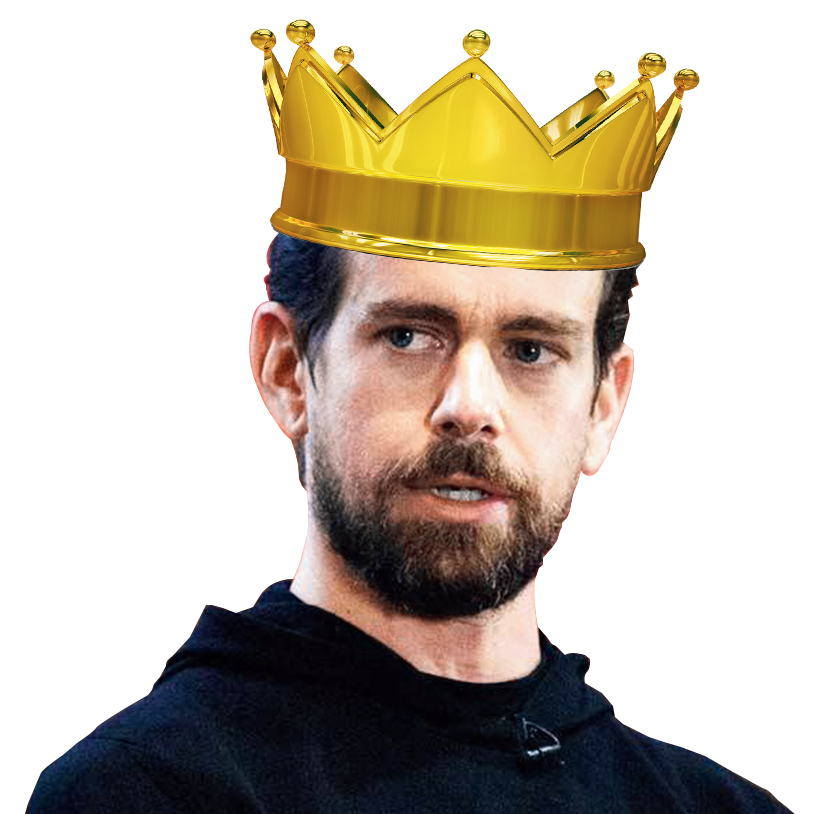 Two weeks ago, during his India visit, Twitter CEO Jack Dorsey held up a poster that said “Smash Brahminical Patriarchy”. In all likelihood, he had no clue what it meant and wasn’t trying to find out even. As far as he was concerned — at least that’s the way it looked — he was doing the nth photo shoot/PR operation on his maiden visit to the promising land of 7.8 million active Twitter users and more in the offing. It is the reactions to the circulating photo — the baying for apology, the impassioned race and caste debate, the outrage, the official apology from Twitter — that reminded all, including the man himself, the importance of being Dorsey.

Today, a Donald Trump, President to 330 million US citizens, might get away with shaking his fist at North Korea, but he who rules over a Twitter constituency of 336 million monthly active users globally better know his Brahms from the Brahmins. Dorsey, after all, is one of the neo sovereigns of a thriving Digicracy. As is Mark Zuckerberg, as is Jeff Bezos, as are Tim Cook, Satya Nadella and Sundar Pichai of Facebook, Amazon, Apple, Microsoft and Google, respectively. 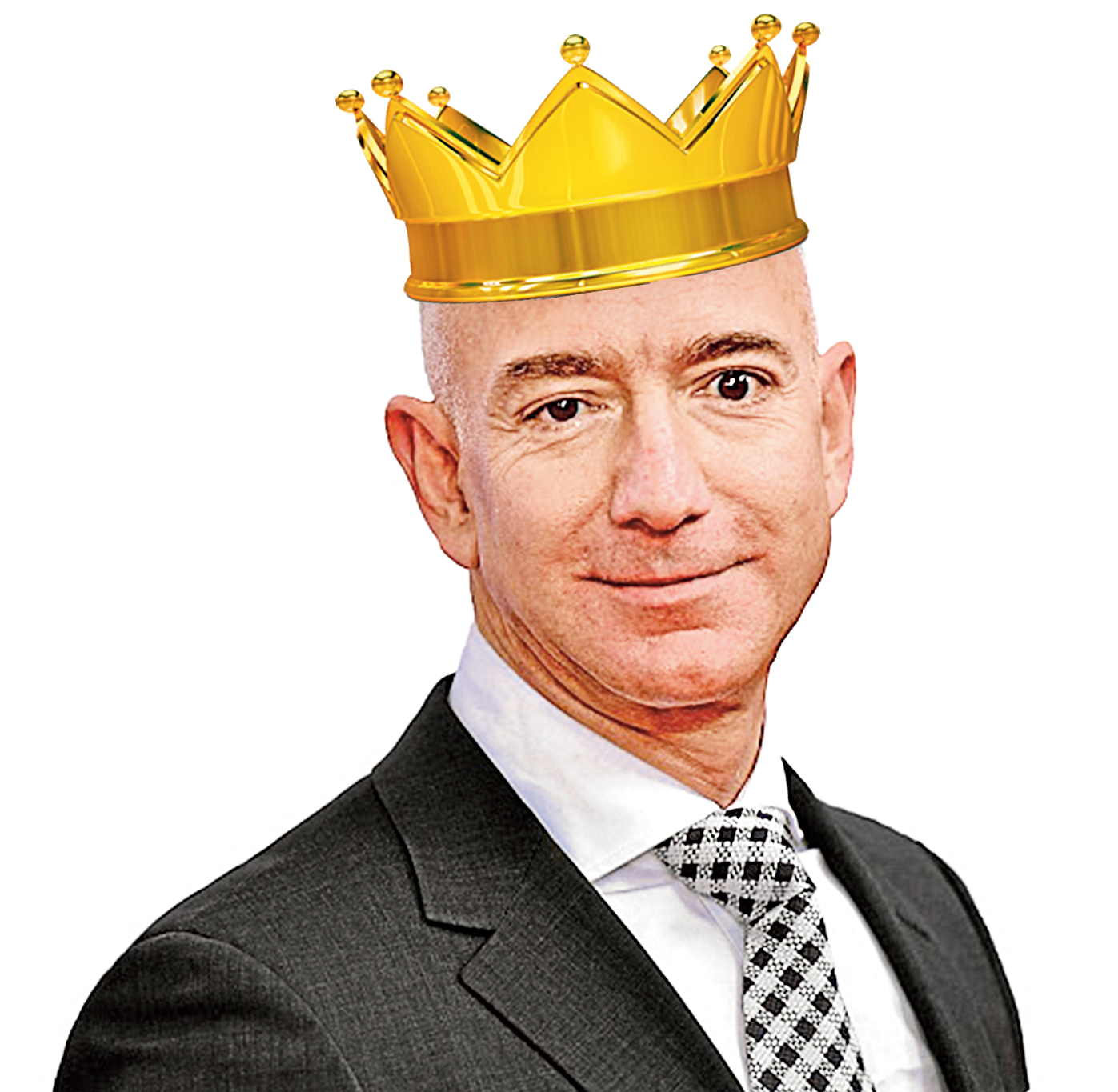 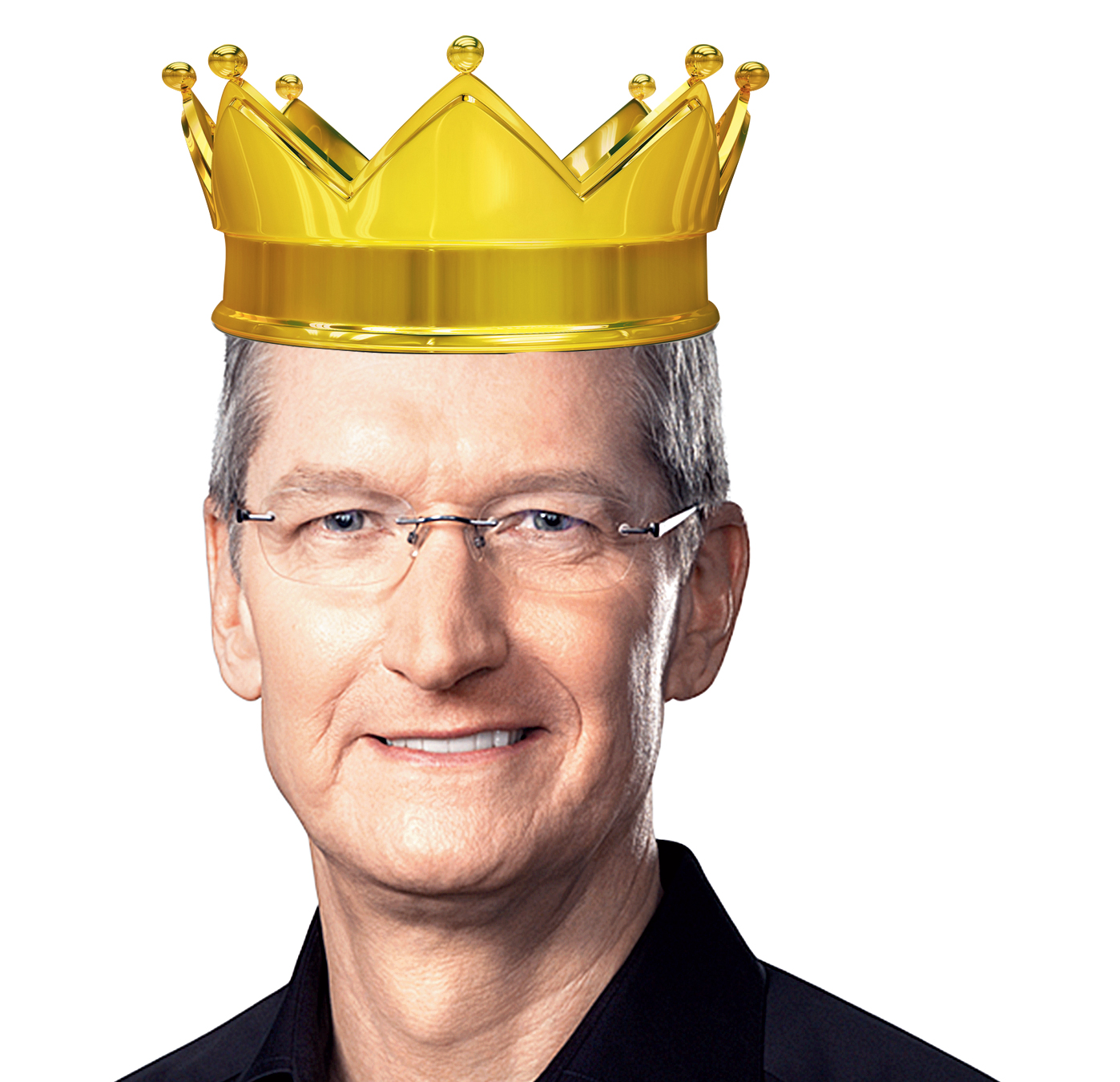 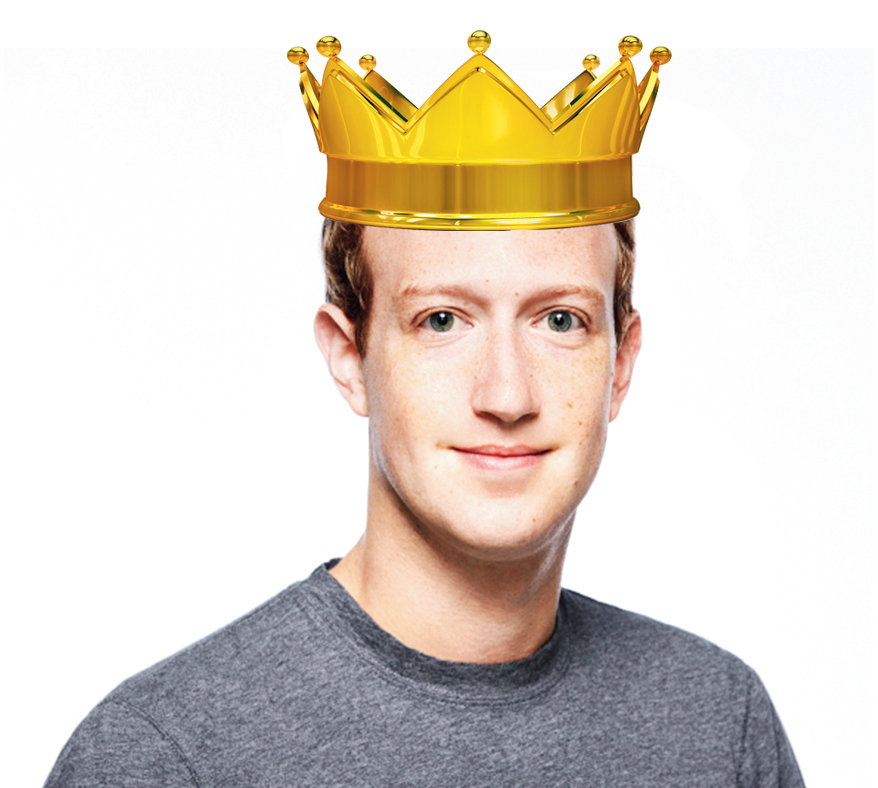 If you were looking for overt trappings of wealth, you wouldn’t find any here. In fact, the richer one is, the more uber-casual-bordering-on-scruffy is the dress code — T-shirts, hoodies, loafers. (To minimise time wasted, use time saved to concentrate on decisions that can serve the community, said Zuckerberg once.) Even five years ago Dorsey would take the bus to work — he got a monthly pass to save money. And enough has been said in the media about how Bezos likes to do the dishes every night.

In terms of visible social and personal activity too, there is an effort to be one of us. Zuckerberg likes to post photographs of wife Priscilla Chan and their two girls — in matching pyjamas for Thanksgiving or a “We hope you had a spooky Halloween!” message.

Some of this activity one cannot find fault with, but they stand out still as distinctly neo lordish. When Jason Rezaian, The Washington Post journalist was freed after several months in an Iran prison, Bezos went to pick him up and his family — in his private jet. Zuckerberg, in pursuit of his promise to visit every state in the US, undertook a whirlwind tour. He dined with a farmer’s family in Ohio, fed a calf in Wisconsin, met opioid addicts and children in detention homes, and also stopped at a Charleston church, which was attacked by a white supremacist in 2015. There were regular updates on Facebook, a tad too picture-perfect. (Some have suggested it is the recce before he embarks on a political career.)

And then there is that unmistakable stamp of global royalty — easy familiarity with the Old Order, easy access to the elected and appointed heads of state, religious leaders, every other kind of celebrity. Last week, Cook visited a school in Idaho, US, with US presidential advisor Ivanka Trump — something to do with checking on that particular district’s use of technology.

Earlier this month, Congress chief Rahul Gandhi tweeted photographs of Dorsey showing off the tattooed long J on his forearm. Dorsey, for his part, tweeted a thank you to Prime Minister @narendramodi for seeing him. The tweet read: “I enjoyed our conversation about the importance of global conversation. Also: thanks for the ideas for Twitter.” He met the Dalai Lama and tweeted. “You’re an amazing teacher. Also: thank you for not actually pulling out my nose ring, despite a lot of painful effort.” Sundar Pichai and Shah Rukh Khan seem to have an ongoing bromance — check out the SRK interview from 2014 at the Google headquarters in California.

Zuckerberg’s album looks like this. 2015. Dinner at the White House with the Obamas. 2016. With Pope Francis. (According to the Vatican, they discussed how to use communications technology to alleviate poverty, encourage a culture of encounter, and to communicate a message of hope, especially to the most disadvantaged.) 2015. The Hug with Modi at the townhall in Menlo Park, US.

But you know you really are someone when the Someones invoke your name to impress. A tweet by Canada PM Justin Trudeau from 2016 reads: Nice to catch up with Mark Zuckerberg ahead of our leaders’ discussion on global connectivity at @APEC. Canadian singer and songwriter Jann Arden quite aptly calls out “name dropper...” In 2015, when the Chinese premier, Xi Jinping, visited the US, he called on the tech leaders first — Bezos, Cook, Zuckerberg, Nadella among them. Only after that did he fly to Washington DC to meet President Barack Obama.

The neo sovereigns lord over vast digital kingdoms and information disseminating platforms. Zuckerberg, for instance, is founder CEO of Facebook, which also owns Instagram (1 billion monthly active users) and WhatsApp (1.3 billion monthly active users). They are constantly annexing new territory. Google’s parent company Alphabet, founded by Larry Page and Sergey Brin, has made 229 acquisitions — including YouTube and DoubleClick. Amazon’s list is not very small either. You would have heard of some of its subsidiaries — IMDB and Goodreads. Bezos also picked up American newsdaily The Washington Post from the Graham family in 2013 — it is said he didn’t even bargain. Bill Gates’s Microsoft also owns Skype, Nokia’s mobile and devices division and LinkedIn. And Dorsey also owns Square, a mobile payments company he founded.

In the process, these tech wizes have amassed phenomenal personal wealth. Bezos’ net worth is $125.8 billion, Zuckerberg’s $63.6 billion, Page and Brin are worth $53 billion each and Dorsey’s more than $6.8 billion. Cook, Nadella and Pichai are executive CEOs drawing annual salaries ranging from $12.8 million to $200 million. And they have a style and life to match.

And not for nothing all this kow-towing. These tech lords, after all, have unimaginable wherewithal. The platforms they commandeer can catalyse political change (think 2011, #egypt #jan25), help negotiate a natural calamity (as we saw during the Nepal quake, the Kashmir and Kerala floods), create, enhance and decimate celebrity (Justin Bieber, Modi, #MeToo). The old order takes cognisance of such might. When Trump’s Twitter account was deactivated for 11 minutes, it was news. Today, shadow banning, suspended accounts, trolling are as real-life issues as hunger, poverty, terrorism.

Come to think of it, a new world order has evolved, basis not only who embraces the munificence of the neo lords but also as to who keeps them out. On October 1, when Iranian President Hassan Rouhani joined Twitter, Dorsey tweeted a welcome and a question — “Are citizens of Iran able to read your tweets?” He was drawing attention to the fact that the social media platform is blocked in Iran. It is also blocked in China, Turkmenistan and North Korea. Facebook is banned in Bangladesh, China, Iran and North Korea. And Amazon won’t deliver in Cuba, Iran, North Korea, Sudan, Syria. From the looks of it, they will all have to capitulate at some point, possibly later if not sooner. Every rebuff turns the neo-colonists more bullish, more determined.

Look at all that panting after China. Bezos lost the Chinese plot to Alibaba and JD.com but Google is now testing waters once again, with a censored search app in keeping with Chinese laws. Facebook, which is banned there, is yet to figure out an entry route. It is said that at a high profile dinner some years ago, upon being introduced to Xi Jinping, Zuckerberg spoke to him in Mandarin and reportedly requested him if he would honour him and his pregnant wife, who is of Chinese descent, by giving their unborn child an honorary Chinese name. Xi apparently declined saying it was too much responsibility. And recently, when Cook said this of US-China relations —”I think history shows us that countries that embrace openness and diversity do much, much better than the ones that are closed” — he was basically impatient for a solution to the trade war between the two countries. And though he spoke with more diplomacy and tact than President Trump himself, fact is, the situation actually hurts him more. Mainland Chinese are reportedly the number one buyers of the iPhone.

Not everything is happy happy between the new lords either. There are skirmishes — the Facebook founder reportedly ordered his employees to use androids instead of iPhones after the Apple CEO said something judgemental about the Cambridge Analytica controversy. There is constant sparring — Amazon and Google are at it perennially. As of 2017, YouTube could not be accessed from Amazon’s devices, and Amazon delisted Google’s products from its store. And finally, there is that little matter of accountability.

Between the new lords, they can do more than connect people. They, in fact, connect people to do more. Facebook, apparently, stores a user’s data till well after he or she has deleted the account. Data, which can then be accessed by third parties, who might be advertisers pushing their products. Or they could be governments, who use it to influence their constituencies, influence political narratives. Google knows your name, email address, phone number, your device, your search queries. It was reported that the company admitted that third-party app developers can read emails of Gmail users. Though the company did say there is a vetting process and users’ explicit consent is sought. A study by University of California, Berkeley researchers states that top digital genies —Google Assistant, Apple’s Siri and Amazon’s Alexa — can be hacked and, in the wrong hands, can be used to wreak havoc.

Last week, 24 lawmakers from Argentina, Belgium, Brazil, Canada, France, Ireland, Latvia, Singapore and the UK gathered in the British Parliament to grill Facebook on disinformation and fake news. Zuckerberg, who was posting happy family pictures around then, gave them the slip. The questions thrown at the empty chair were fielded by the man beside it, Facebook policy head Richard Allan. But earlier this year, Zuckerberg had to depose before the US Congress, wherein he apologised for the Cambridge Analytica episode. The data-mining firm associated in some way with Trump’s presidential campaign allegedly harvested personal information of 87 million Facebook users illegally and then used it to influence election results. It has been alleged that during the recent Brazilian presidential elections, WhatsApp was used to disseminate mass amounts of fake news with a political agenda. Pichai will also have to appear before the US House Judiciary Committee to respond to accusations of political bias in Google search results.

If that sounds distant enough for comfort, know this — Facebook regularly publishes transparency reports. These include the number of government requests for user data. The May report showed 22,000-plus requests from India. In 2017, it was 13,613. In the meantime, BJP president Amit Shah told social media volunteers in Kota recently: “It is through social media that we have to form governments... We are capable of delivering any message we want to the public, whether sweet or sour, true or fake.”

The neo lords and their pioneering parents started out with a common dream. The specifics may have been different but it was all about felling information hierarchies, connecting people for people’s sake, and, in the process, giving themselves entire kingdoms to rule over.