The Vietnamese variety may well dominate the markets of Bengal today, but it is the desi Piscean with its fighter’s zeal that has a more fascinating life story 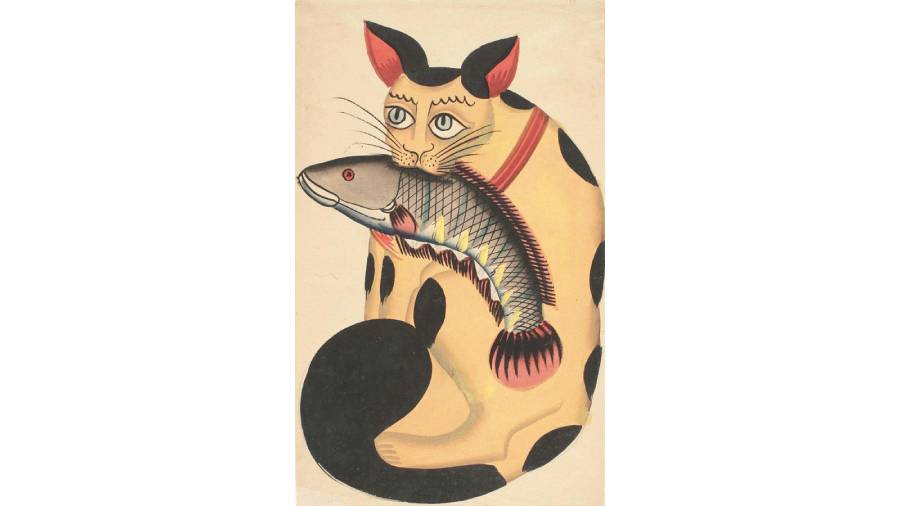 Anabas testudineus is not everyone’s cup of omega-3. There are arguably more fish eaters who don’t relish the koi or kewra or climbing perch than those who do. “It’s too bony” is the common complaint, though those in the know will tell you that its “lean meat contains easily digestible proteins and fats of very low melting point, and many essential amino acids”.

It might be virtuous, the koi, but it isn’t some docile fish that can be farmed in hatcheries like the pabda or the tilapia. Not the desi koi, the indigenous variety that leads a reckless and fascinating life in ponds, paddy fields, swamps and brackish waters.

It all starts happening in April-May. Male and female fish play around and the eggs are fertilised. But, mind you, the koi does not release her eggs in the pond she lives in. Two months later, when the heavens raise a clamour and the clouds burst open, the heavily pregnant koi undertakes a perilous journey. She glides against the flow of the incoming water, practically walks by balancing herself on her spiny gill cover, propelled by her tail. She travels through the slush, our Anabas testudineus, until she reaches a big enough rainwater puddle or field where a nursery is waiting. It may take up to two days for the fish to reach its destination. Along the way, at times it adopts a near-upright posture and sometimes uses its tail to vault. It even climbs tree barks — to a limited degree — and hence the name climbing perch.

Ashok Sikdar, who lives in Konnagar on the outskirts of Calcutta, is passionate about fishing; he is acquainted with the ways of the koi. He says, “If there’s no obstruction — in the shape of catchers — all the expectant kois will move out of a pond following each other. Not a single fish will remain behind.” Sikdar recalls the time he trapped about three dozen fish from around his house, braving thunder, snakes and leeches.

“The koi is a hardy fish,” says S.N. Biswas, retired joint director of fisheries, West Bengal. It is blessed with an additional breathing organ which, if kept moist, helps it survive several days without water. That’s how it can withstand extreme conditions. “Its prickliness and strong bones are part of its survival mechanism, otherwise it would have been eaten up by big fish and other predators,” adds Biswas.

In fact, there’s a saying in Bengali that goes “koi maachher praan”, which basically means as hardy as the koi. It is usually spoken for women, but to be fair, all adult koi — male and female — exhibit aggressive behaviour.

The female koi releases about 5,000 eggs in one season, 200 at a time. The fingerlings grow a bit in the brackish waters until it is time to go home — which is not necessarily where their mother came from. This journey takes place when the monsoon is in its decline. “They can sense everything… if and when there’s going to be a shower next, the composition of rainwater versus pond water and so on,” says Sikdar.

But the desi koi rarely comes into the market. That’s hardly surprising because the fish’s habitat has drastically shrunk. Even in places where it is to be found, it is harvested while still small. And this when for an adult to reach maturity — 100-125 gram — it takes about 2-2.5 years.

Enter Vietnamese koi. “This is also Anabas testudineus but is originally from Vietnam. It has more muscle and grows up to 400 gram in a much shorter period — about six months,” says Biswas. “It is ideal for induced breeding, with the help of hormonal injections.”

This variety, however, lacks the desi koi’s spirit of adventure. The females do not undertake any audacious trip, and the fingerlings are reared in the safety of tanks made of cement.

By some definite hand of nature, any discourse on quality fish must travel across the border into the other Bengal. “Ujan jawa... That’s what the koi’s journey is called,” says Mohammed Khaliquzzaman, an ex-mariner who also rears fish on his farmstead in Comilla, Bangladesh. “It is beside the Meghna river, so there is a lot of water around for four months of the year.”

Khaliquzzaman has dug trenches from his ponds where the spawn hatches and grows to become adults. “We throw in branches to prevent them from going back to the pond. We harvest them when they are 4-5 inches long to feed family and friends... For the mehman we usually make koi-er do pyaza,” he explains. The best flavour and taste, however, is the prerogative of the Jessore koi, he insists.

Khaliquzzaman knows the hows and whys of koi like the back of his hand. “But I don’t eat koi,” he admits. “Unless someone picks the bones for me,” he adds, laughing. He recounts the story of General G.N. Chaudhuri, who was originally from Pabna and served as Chief of Army Staff of the Indian Army in the 1960s. Apparently, the general died from a koi kanta or fishbone stuck in his throat.

Says Khaliquzzaman, “He who couldn’t be felled by the Pakistan Army was felled by something as small as the koi machh.”