Advertisement
Home / Culture / From her mouth, to your ears

From her mouth, to your ears

A bit of truth, a bit of myth, along this road together told 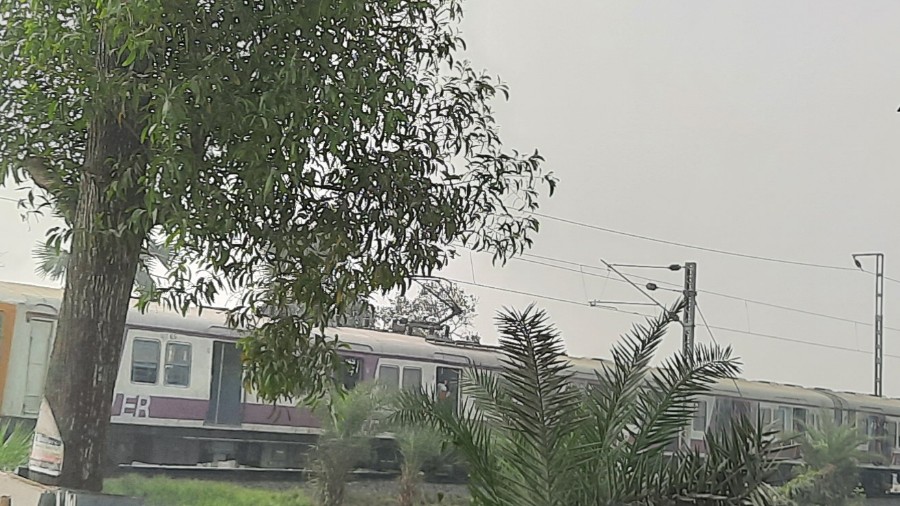 The nearly 70-kilometre drive from Calcutta to Bhagabatipur in Kulpi block of South 24-Parganas district offers a kaleidoscope of images for the city traveller. Not the least of which pertains to the unmasking of myths.

Myth 1: Non-mask compliance is limited to the urban populace.

As we travelled south, past Joka, masks became scantier. The most startling sight was their total disappearance as we crossed a congested Amtala. Whether it was the streetside butcher or vegetable vendor, biker or bag-toting pedestrian, there was no trace of any cover for the visage! Covid-19 was either a forgotten spectre or of no consequence.

With traffic stalled for a considerable period, I stepped out to buy a bottle of water from a roadside shop. “Why are people here not wearing masks?” I asked. The elderly shopkeeper counted the change before replying. “It is not required in the villages. When we travel to Calcutta, we always wear masks to protect ourselves,” he explained, as if to a totally irrelevant query.

And, he was right. I looked at the passing buses headed north towards the city. All the passengers sported masks. Clearly the threat of the pandemic, to the rural and suburban populace, appears limited to the City of Joy. 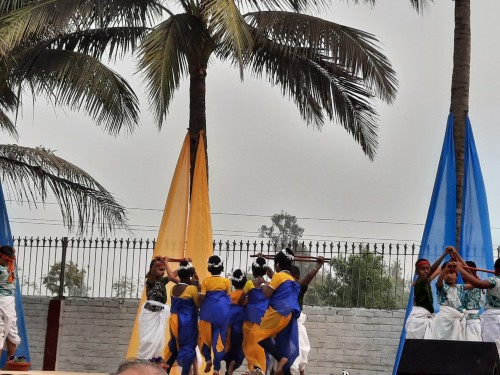 When Assembly polls are around the corner, political markers are inevitable in every nook and cranny of the state. Especially now that the tempo has been triggered by visits of the powers that be and war-clouds in their wake.

Since we were traversing through the Diamond Harbour subdivision, there were arches and gates along the road sporting huge cutouts of local MP Abhishek Banerjee. There was more evidence of the tussle over votes as we breached the hinterland.

On one side of the fairly new road from Usthi to Hatuganj fluttered Trinamul flags. On the other side, every lamp post or whatever pole was available sported BJP banners. Autorickshaws fitted with microphones blared the CM’s Duare Sarkar (government at the doorstep) flagship programme but they drove at such breakneck speed that the purpose of the announcement was gone with the wind!

Also gone was mobile network! I noticed the cellphone was on “roaming” mode and the service provider sent a message welcoming me “to West Bengal”.

We stopped at a level crossing and I watched my first train in months go by amid the expanse of paddy fields. If only there was a smattering of kaash blossoms and a smoke-billowing steam engine, my feeling of déjà vu (the classic shot in Ray’s Pather Panchali) would have reached fruition.

The next crossing was Lakshmikantapur, the hamlet that supplies half (or more) of Calcutta’s domestic help. I’ve often marvelled at the distance the women travel to make a living. I’ve often seen them run in droves towards Jadavpur station for the train back at the end of the day’s toil. As we crossed the hub, I almost expected to see an area bereft of women; indeed, they were barely decipherable. 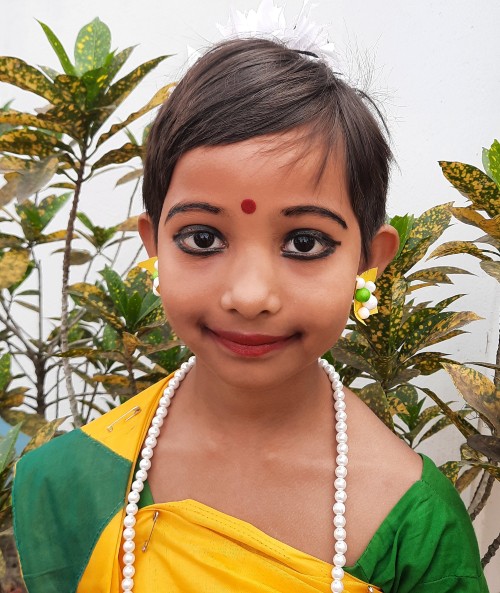 We were almost at our destination, Bhagabatipur, near Polerhat, where a primary school called Khela Ghar was celebrating its golden jubilee. The founder, Shourabh Mukerji, had worked closely with Mother Teresa ever since he was a student of St. Xavier’s College, and continues her legacy in remote areas, providing schooling and breakfast for children of surrounding villages.

Having been severely travel-restricted during the lockdown, it was a relief to disembark and breathe the fresh morning air. The excited children were at the gate to hand us (lo and behold!) face masks with the school insignia and tie fresh flowers on our wrists as a mark of welcome. With the little girls dressed in yellow, reminiscent of Saraswati Puja, the festive atmosphere was truly infectious.

As I knelt to help a child make a knot of the floral rakhi, I asked, “Do you think it is important to wear a mask?” Her limpid eyes sparkled as she replied, “Very important. It saves me and everyone from the coronavirus. I tell my parents too but they don’t listen.”

She took my hand and led me past the meditation hall (the children are being trained to stay calm and focus, something we can well emulate). We walked by the garden, where the cabbage patch was singing a green paean to organic farming, to the area where a stage had been set up. “I will be dancing on the stage. You sit on the chair but no one should sit close together,” she cautioned. Out of the mouth of babes! I stifled a smile and promised to do her bidding.

A couple of hours in this sylvan oasis, watching the children perform with a joie de vivre that distanced us from all thoughts of pandemic and polls, I could only count my blessings.