Advertisement
Home / Culture / Books / Why language needs to be decolonized

Why language needs to be decolonized

Where did racist words come from and how can we replace hurtful expressions with more politically acceptable terminology? A new book offers some answers 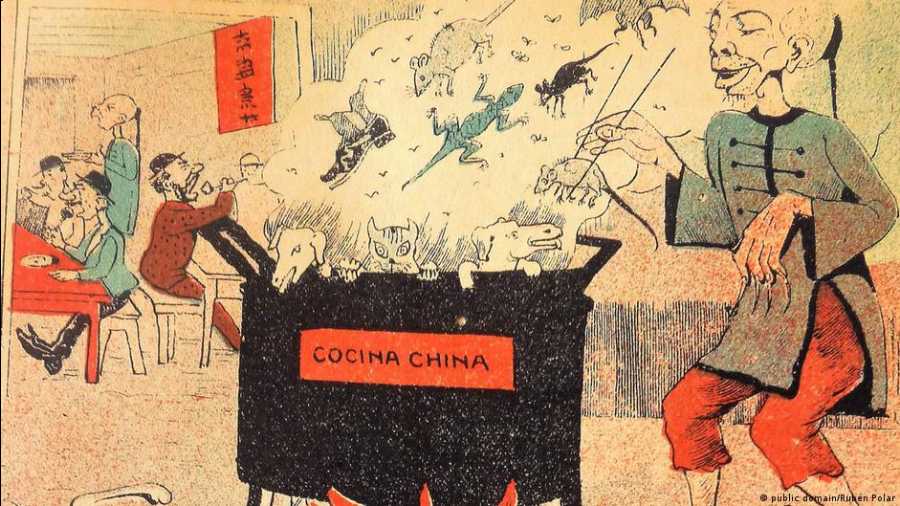 "Words can be like tiny doses of arsenic: They are swallowed unnoticed, appear to have no effect, and then after a little time the toxic reaction sets in after all."

German scholar Klemperer, a rabbi's son who had converted to Protestantism in 1912, was stripped of his academic title under the Nazis for being of Jewish descent. He was lucky enough to survive the Holocaust; while narrowly avoiding deportation, he and his wife, who was considered to be of "Aryan" heritage, were rehoused under miserable conditions in a so-called "Jews' House."

The philologist also kept a diary during that period; his notes were later published as books. His journals also included observations on the impact of Nazi propaganda on the German language, which provided the basis for his landmark postwar work.

More than half a century later, the Bayreuth-based German scholar Susan Arndt's book attempts another dissection of racism in the German language — but this time, from a post-colonial perspective.

The colonial roots of racism

Arndt's work, written with the assistance of historian Mario Faust-Scalisi, details how colonial conquest gave rise to racism and how language was strategically employed to legitimize domination on the one hand, and on to undermine the native peoples' right to self-determination on the other.

Arndt was inspired to write her book ahfter years of studying racism in German society: "And as I analyzed racism, it became increasingly clear to me, how much words were, let's say, kind of signposts of this racism. That a lot of racist knowledge and moral concepts often manifest in a very concrete manner through words," she told DW. "If we leave out these words, racism doesn't go way, but we can understand racism through these words."

The philologist traces the roots of racism to 1492, when Queen Isabella of Castile and her husband Ferdinand V conquered Granada, the last Muslim stronghold in Spain. "Following this victory, Queen Isabella of Castile began expelling Jews and Muslims, confiscating their property and levying taxes based on the belief that Christianity was superior to other religions," Arndt says. The money from the queen's crusades was used to finance Christopher Columbus' travel to discover a route to India that same year.

As is well known, Columbus did not discover India, but landed in America, followed by the Spanish and the Portuguese, and settlers from Europe. Giving impetus to their conquest of the continent was the idea that Europeans were discovering a new world.

As Arndt explains in her book, while humanism was being promoted during the early modern era, genocides were taking place in conquered territories. Since that contradicted the basic principles of Europe. European conquerors therefore had to legitimize actions which could not be legitimized.

The concept of "race" was therefore cultivated to justify colonial activities, with Christians — especially white Christian men — ranked as the most superior category. The idea was widened to include value-based criteria for different "races" based on the color of people's skin.

"Everything led to the idea that white people were the only ones capable of progress, who had reason and culture," Arndt points out. Those who had access to intellectual culture were deemed superior to those who were closer to nature. That served as the Europeans' justification to "colonize nature together with the people of nature who were living there ... and that is how racism came into being," Arndt explains.

People with black skin were seen as inferior human beings, as mere tools without reason and culture, which justified the enslavement of Africans.

In the 19th and 20th centuries, social Darwinism — the belief that some people do better in society because they are intrinsically better than the others — further affirmed this categorization.

When the Nazis came to power, they promoted the pseudo-science of eugenics — the idea of racial superiority and racial improvement — and systematically murdered 6 million Jews, as well as other groups of population deemed inferior.

Following World War II, there was a lot of reluctance to work with race theories, Arndt says, but that did not mean racism disappeared.

Claims of equality were promoted, "but without disrupting the global political and financial power relations, which were built by colonialism over many centuries," the author explains. "Colonialism is also a political system which has influenced many thought processes and has led to people thinking in terms of skin color, whether they want it or not," she adds.

That is why, although we think we are all equal, many Black, Indigenous, and people of color (BIPoC) are constantly excluded from white privilege through structural and institutional discrimination. And because neither structures, institutions, nor discourses and moral assumptions are possible without the use of language, tackling racist language is very important, Arndt argues.

So, how do we go about making a change?

In order to have a language devoid of racist terms, users of that language will have to independently decide what words to use and thus determine which words stay active in the language system. It is, therefore, important to invest effort in critically evaluating racist vocabulary, she writes.

Arndt lists five ways of identifying racist words: 1. When and where did the word originate? Is it of colonial origin and how does that show? Was there a break from its origin or what is left of that now? 2. Does the word imply that there are "races" of human beings? Does the word suggest the person intended is "close to nature" and "removed from reason"? 3. Does the word hark back to colonial fiction or cliches, for example, "a half-naked person wearing feathers"? 4. In which context is the word used? For example, to describe food items like chocolate. 5. Does the word exclude people from the "white" norm?

She mentions a number of words in German, including "aborigine," "Buschmann," "Eskimo" and many others and details their etymology.

A later section then offers terms that offset the racist background of these words, for example, "Diaspora,” "BiPOC," "People of Color" and so on.

Finally, while it's important to identify racist words, banning them from daily language will not help, Arndt says. "I am not for banning words. That would bring us nothing, because even if they are not spoken publicly, people would not reflect on that and not change their internal images. And that would also not bring about any change of power structures."

The idea is that people get over their reluctance to discuss racist words and themes and engage with them as a society, so that there is more understanding, even among white people. Ideally, they will then distance themselves from these ways of expressing themselves. That is the goal of her book, she says.