Where the Headless Horseman rides

November is the month of mystery, in which ‘the vapours/ Dream the sunlit hours away’ 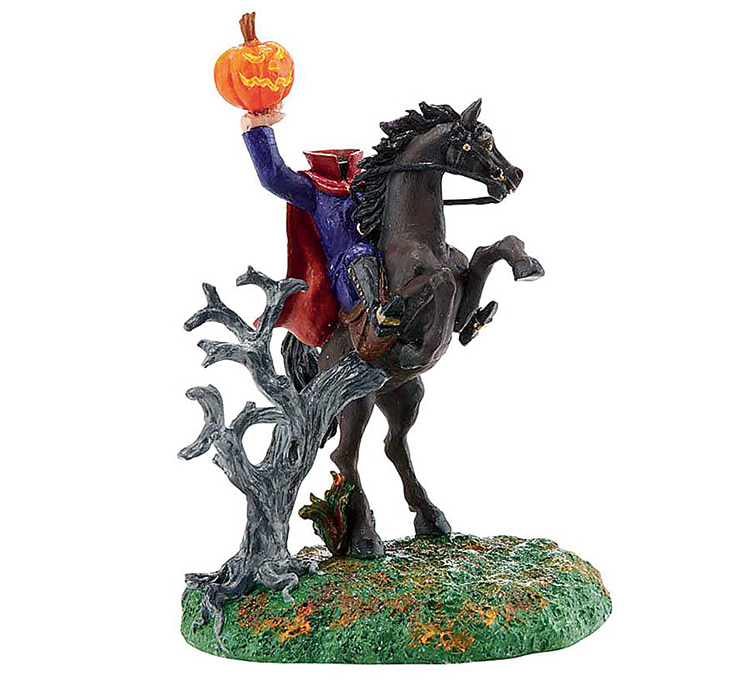 But these wistful lines disguise the fact that Jack-o’-Lantern is associated more with fright and fun. It is a long, convoluted route through which the carved and lit pumpkin came to be a familiar appurtenance with its surrounding tricks and treats on All Hallows’ Eve, the night before All Saints’ Day on November 1. This Jack may have evolved from the carved turnip linked to the Gaelic feast Samhain, when dead souls, including those of saints and martyrs, walk the earth. Irish immigrants are supposed to have taken all this with them across the Atlantic — Samhain may or may not be associated with All Saints’ — and missing their turnips, started carving up pumpkins.

November is the month of mystery, in which “the vapours/ Dream the sunlit hours away”. It is only fitting that the origin of Jack, too, should remain a mystery: does his flickering light come from the will-o’-the wisp flitting over the peat bogs, or the lanterns of the night-watchmen seen from afar? Or maybe from the Irish Stingy Jack, the cursed being who roams the earth with a flickering light? And here is the bigger mystery. Is the light to frighten off evil or to scare away human beings or, more piously, to guide wandering souls and assure them of our remembrance? Even light is ambivalent in the season of darkening vapours.

This is the perfect time for scary stories. But the supernatural can be vividly pictured; it is no surprise that November is also the Month of the Picture Book. In “The Legend of Sleepy Hollow”, for example, Washington Irving, who died a day ago in 1859, conjures up the Headless Horseman who has sometimes been imagined with a Jack-o’-Lantern head.

The most picturesque are the masks and costumes of Hallowe’en, meant to bring to life witches on broomsticks with their talking ravens and black cats, sinister figures such as the Headless Horseman and Frankenstein’s monster, crossing over — as befits the season — from eerie stories to the thresholds of folks hoping for a scare. The cat pads in from Edgar Allan Poe’s “The Black Cat”, where it is, as usual, an apparently supernatural phenomenon only. While Mary Shelley lives on in her monster, Bram Stoker, born in November, hovers in spirit around the many reproductions of his Count Dracula in costume, mask and picture. Another favourite, capturing the twilit journey between being and non-being, ego and alter ego, is Mr Hyde, out of The Strange Case of Dr Jekyll and Mr Hyde by Robert Louis Stevenson, who in this tale has travelled far from the sunlit shores of the Treasure Island.