Wattpad on disrupting entertainment one fiction piece at a time

The model is simple — readers and writers meet on the platform to create and consume fictional content that could be a short story, a novella or an entire book. 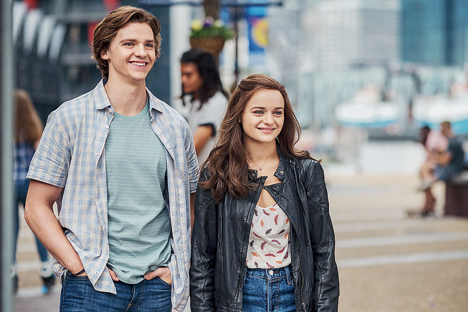 The leading global, storytelling community-building platform Wattpad proved to be a safe haven for many during the lockdown period. Democratising the publishing industry, Wattpad operates in all the countries in the world except China and aims to empower writers around the world to connect directly with their readers and often reach a much larger reader base than the traditional paper-and-ink route. The model is simple — readers and writers meet on the platform to create and consume fictional content that could be a short story, a novella or an entire book. Wattpad then aims to be the liaison between the writers and the right connections to give your content the platform it deserves.

The Kissing Booth, a YA film on Netflix, was a story written on Wattpad by a then-15-year-old Beth Reekles and managed to take the world by storm putting the actress Joey King firmly on the map, even warranting a sequel. With global partners like HarperCollins Publishers, Hachette Book Group, NBC and Simon and Schuster, Wattpad forms a symbiotic relationship for all stakeholders.

Wattpad India set up shop in 2018 in Bombay, with Devashish Sharma taking on the role of country head. For Independence Day this year, Wattpad tied up with Applause Entertainment Partners to promote Avrodh, by asking users to pen a poem, story or snippet on the topic ‘My Patriotism’ or ‘Meri Deshbhakti’. Around 1,500 entries and 44,000 minutes of reading the content, writers’ thoughts were even made into exciting social media creatives to promote on all social media channels. Partnerships work well for brands also because the conversations that happen on the content itself. “For OTT platforms, they have a selection of stories to choose (about 600 million) from and also has a clearly emerging data set of points from the conversations that allows them to understand what scene that character resonates the most and why,” said Sharma.

While promotional activities of this kind prove to be beneficial for brands, due to the direct connect formed with millennials and Gen Z in the country, it is the visibility and exposure given to writers that makes Wattpad tick. “The gratification is instantaneous as opposed to a physical copy of a book that would take at least a year to reach your audience, with multiple levels of editing, cover design and printing,” said Sharma. This instantaneous reaction works not just in the form of gratification but also research and feedback that is immensely important for a writer. What resonates with a reader and what works and doesn’t work for them, gets discussed in the comments, giving the writer a much detailed path to focus on. Neil D’Silva, a reputed author of the horror genre, who has previously been published by Penguin and Hachette India, chose to use this lockdown to launch his next on this digital platform and on Day 1, the book had 10,000 reach.

A global fan base is another point of celebration for writers on Wattpad as your next fan could well be sitting in the Philippines, devouring the next page your write. For readers and lovers of fiction, the platform forms an escape with users spending an average of 37 minutes daily on the website consuming content. “Wattpad is a sort of portal for readers to escape the day-to-day negative stuff and connect with similar-minded people who are reading what you are. We saw a growth of almost 50 per cent in all major metrics during this lockdown,” added Sharma. For established writers with a large follower base, Wattpad eventually puts some of the content behind a paywall, enabling monetary gains for them. Wattpad’s Story DNA Machine Learning technology helps the platform to understand which stories are doing well and give it the necessary push. It’s no surprise that the app or the website witnesses close to 80 million monthly users.

“Exploring topics that are slightly under-represented in traditional publishing like queer themes, body positivity and mental health find a voice on this platform,” cited Sharma as one of the reasons why users stick around on this platform for as long as they do. User retention is the strong suit for Wattpad and we can sense why. Another such reason would be the language used by the majority, which is Hinglish or more local, which proves to be easier and more comfortable for a new reader.

Sharma tells us about a 20-year-old from Imphal who started writing when she was in the 12th standard and now has over 20 million followers. “She has followers in the USA and more and this kind of reach would have been impossible had she chosen to take the traditional route of publishing,” Sharma reminded us, with her being one of the authors with some of her content behind a paywall.

Wattpad Books in the USA publishes books directly, in some countries, tie-ups with publishers do. They don’t know the route they would take in India but plans in the pipeline are aplenty. “Disrupting entertainment” as well as “disrupting the evolution of story discovery till the point it finds an audience” — that’s how Sharma would like to sum up the space that Wattpad occupies amongst millennials.