Tishani Doshi on her journey from poetry to novels

I think all my characters have something of me in them: Tishani Doshi 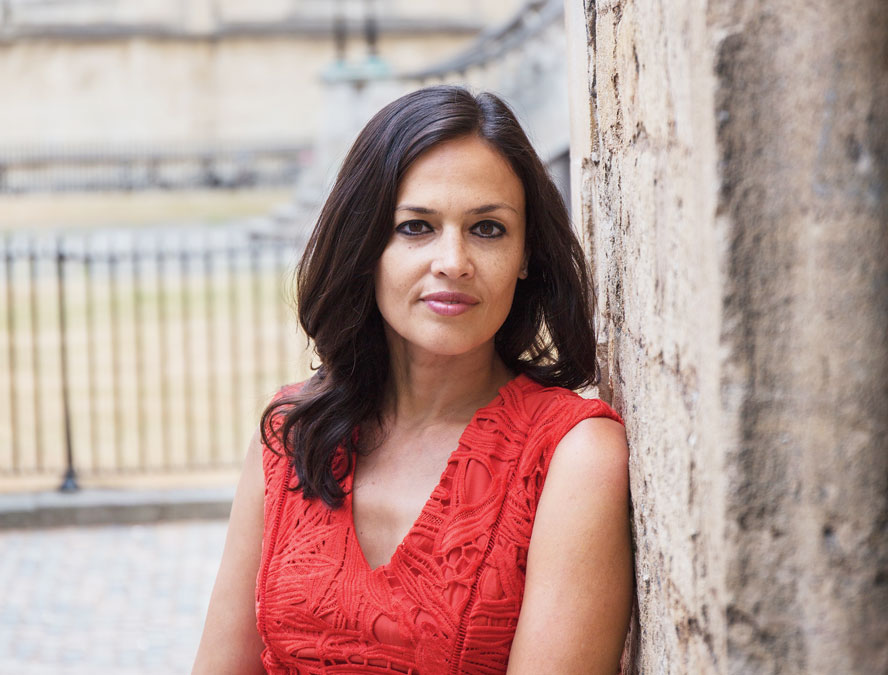 There is a lilting quality to your prose, reminiscent of poetry, especially when you draw upon metaphors. Is that conscious or is that the unconscious poet in you?

Is there any part of Tishani in Grace?

Of course, I think all my characters have something of me in them. Grace is not really someone that I feel close to me though, strangely. There’s an aloofness to her and I suppose that’s how I created her, but I do understand many of her concerns — the questions of hybridity, of whether or not to have children, of caring for a differently-abled sibling, of isolation and coastal life — I think I’ve inhabited all those zones, so I am speaking from inside the skin, but I am a much more optimistic person than her, and she is probably braver than I am.

The moments in the book when Grace loses the war against frustration and lashes out at Lucy — were you ever worried your audience might think you to be a villain for having those thoughts?

Grace was always meant to have this fall from grace and I knew that I was going to have a scene in the book that would really make the reader dislike her. But having grown up with a brother with Down Syndrome and autism, and knowing the accretion of constant daily care and how there are moments when even a saint could snap and lose their temper and control, I wanted to be true to that experience, not to sentimentalise it because it would be unfair. In fact, a friend who has a child with Asperger’s wrote to me and said that she understood that scene in the bathroom so well because she had been there too. And I suppose I wanted to talk about love and how we love one another through these characters who are not always entirely loveable. To see whether there could still be the possibility of redemption, of coming together. I think there is that possibility with Grace and Lucia.

What is your writing process like? Do you write every day?

When I’m working, yes. I write all morning and by lunch my working day is usually finished. But there are long periods when I’m not writing and I’m just living or working (at the moment I’m teaching at NYU Abu Dhabi, so that’s been siphoning off a lot of energy in a wonderful way). All I really need to write is a room and a door that I can shut.

Do you think the way we consume art has changed with technology?

I think when we say “consume art” it’s quite revealing, because art was never meant to be a project in consumerism. We should be going to art for transformation, not consumption. I don’t want to sound old-fashioned and Luddite about it, but technology has ruined the chance for slow and deep engagement because we’re addicted to speed and snappiness. But technology has also created amazing platforms that allow us to connect with one another. Personally, for me, it’s a balance between switching off and switching on.

Who are your favourite authors? Any particular author or poet you keep revisiting?

I recently interviewed Anuradha Roy at the Jaipur Literature Festival and I read all of her four novels one after the other, and each one was so perfect, I thought, why aren’t we screaming this woman’s name from the rooftops? I felt this way after reading all of Anita Desai’s work as well. It’s steady, crafted, totally lived work, but doesn’t seem to get the attention it should. As for poets — I find myself returning to Elizabeth Bishop again and again.

I’m working on a new collection of poems, and I’d like to write a memoir about the body, and about my relationship with my teacher and friend, the dancer, Chandralekha.

Small Days and Nights reads like a poem with a lilting tone that wrenches at your gut and beckons some previously unknown string inside you. Grazia (also known as Grace), the protagonist of half-Italian half-Indian descent, finds herself facing a separation, her mother’s death and a sister she didn’t know existed. Flitting between the past and the present, the story revolves around Grace and her choices — be it volunteering to take full responsibility of her sister Lucy who suffers from Down’s Syndrome or taking care of a house by the beach that her mother had bought after she had separated from Grace’s father.

Small Days and Nights is just that — narration of days and nights that seem to get smaller as the everyday tasks of life start resembling Sisyphus’s punishment. Grace’s search for a place to call “home” and her subsequent loneliness and anger lends a reality to the story, making it a part of the reader’s. Blurring superficial lines of class and social standing, she speaks of people who “could bear… indignities as though they were creatures made entirely of wounds”.

Tishani Doshi, the award-winning poet and author who has been nominated for the coveted Ted Hughes Award for her collection Girls Are Coming Out Of The Woods (2017), is also a dancer par excellence. The 45-year-old finds a way to contrive words to create poetry in prose, making one regret the three days the uncorrected copy of the book lay unattended on your desk before you could make time for it.

The Telegraph dived into an email chat with the author as she tours the country launching the book. Excerpts.

“I have to add that her beauty has been an obstacle to her being accepted as the remarkable poet that she really is.” When William Dalrymple said this of you, did you agree to the inherent patriarchy that he was hinting at? Do you believe this still persists in urban India?

Publishing privileges men. This isn’t a phenomenon unique to India, it’s global and it has less to do with how beautiful a woman is and more to do with the inherent power structures within the industry and the industries that support it — newspapers, literary journals, prizes, grants and so on. VIDA (a non-profit organisation working to bring gender parity in the literary world) statistics show how women are under-represented in newspapers in the UK and the US, whether it’s reviews, contributions or coverage. As someone who interviews writers, I’ve had to fight to make space for women in my columns because editors tend to give more room to male writers. We also know that women buy more books than men, so it’s really frustrating that there are so many brilliant women writers who simply aren’t given their due. So, yeah, the patriarchy is out there. It’s not a hint, it’s real.

Poetry to novels — how has the journey been? What do you enjoy more?

More like poetry and novels. I continue to write poetry and fiction side by side, for me these are not separate territories. If you look at the content of Girls Are Coming Out of the Woods, my last collection of poems, and you read Small Days and Nights, you’ll see several overlapping themes — coastal life, the beauty of isolation, the dangers of isolation, fears real and imagined, what it is for a woman to navigate her way in this country. If I enjoy poetry more, it’s only because there’s satisfaction in a poem being a unit in and of itself. It’s contained, whereas a novel is messy.

The narrative of Small Days and Nights is not linear, with flitting past references. How difficult was it penning the story while constantly going back and forth in time?

Real life is rarely linear, don’t you think? We are always playing around with time in our heads, thinking about the past and the future. It’s difficult being in the moment. So, it makes sense to write a novel in the same way, especially a novel that is centred around the idea of solitude. Because Grace lives in such an isolated setting and her conversations are limited, of course she thinks about the past, of more eventful times. I do find the challenge of representing time in the novel one of the most difficult things, but I like how the novel as a form seems to accept circuitousness as a truthful way of being. It embraces the zigzag and suggests plurality, which I think we often lack in real life.

Grace keeps coming back — to India, to her father, to her husband, to Vik and, of course, to Lucy. Does that make her a warrior or someone with nowhere else to go?

There’s a line in the book, “Return is never the experience you hope for.” Part of Grace’s character is that she is looking to belong somewhere, and so she situates herself in her dead mother’s house in rural Tamil Nadu, thinking that by rooting herself she will find a sense of belonging. But of course, she doesn’t, and her restless nature kicks in, so she makes weekend trips to Madras, hoping that the thrum of the city will give her some excitement, but she doesn’t find her place either.

I think she feels partly let down by the men in her life — her father, Vik — but she is also bruised at being the outsider and is unable to feel belonging except in small snatches. Perhaps there is something warrior-like about people persisting with trying to find their place in the world, for surely, that is what we are all doing?

THE DAY WE WENT TO THE SEA

The day we went to the sea

mothers in Madras were mining

the Marina for missing children.

Thatch flew in the sky, prisoners

in the wind. I saw a woman hold

the tattered edge of the world

in her hand, look past the temple

which was still standing, as she was —

miraculously whole in the debris of gaudy

South Indian sun. When she moved

her other hand across her brow,

in a single arcing sweep of grace,

it was as if she alone could alter things,

bring us to the wordless safety of our beds.

(From Countries of the Body)