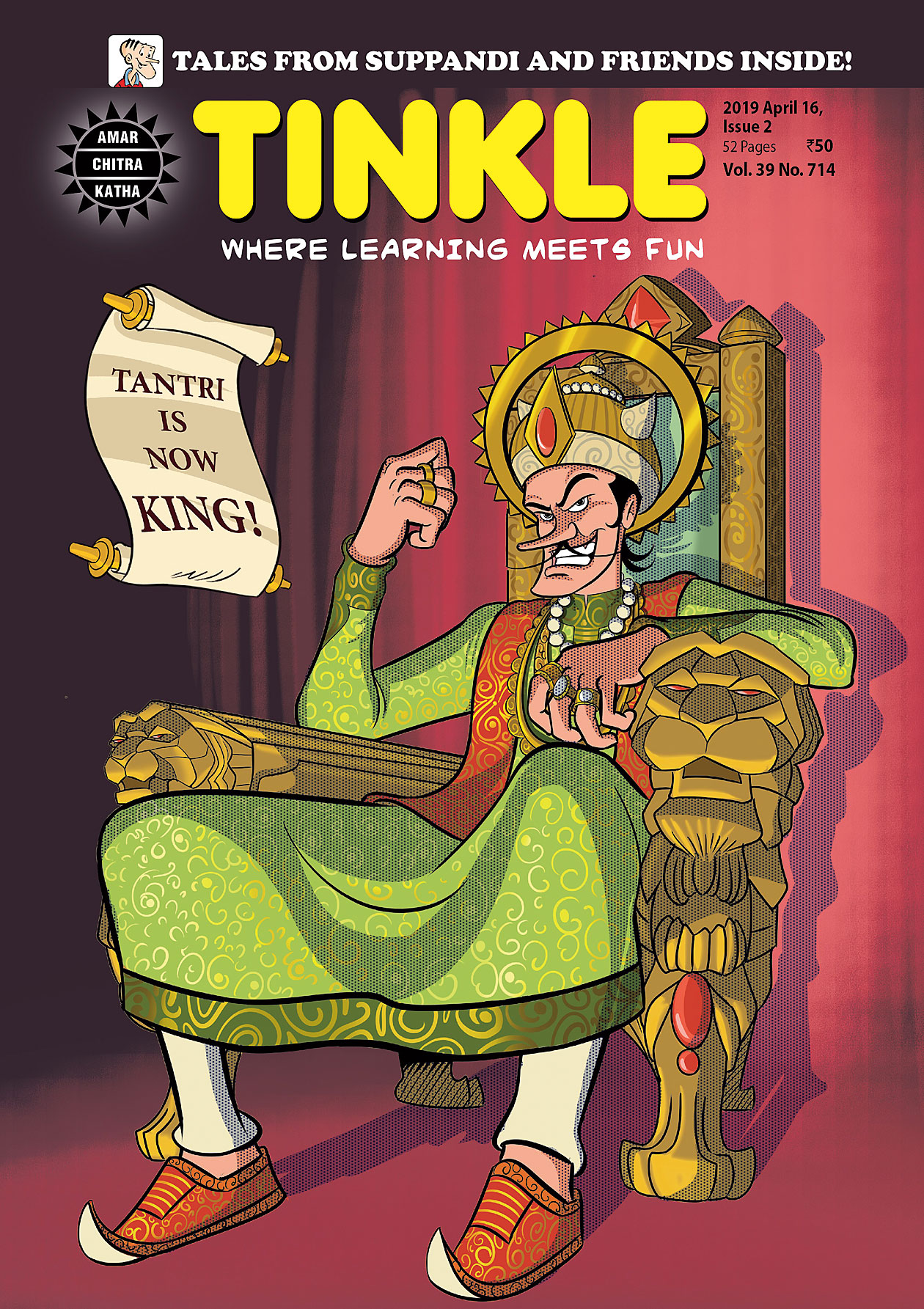 The comic book Tinkle — that had rebooted the 38-year-old Kalia the Crow series to Big Baan earlier this year — has now taken its iconic Tantri the Mantri series and made Tantri the king. Tantri the Mantri had made its debut in Tinkle’s 85th issue in 1984. The first story was by Prasad Iyer and it was illustrated by Ashok Dongre. In Tinkle’s issue this April, it was revealed that Raja Hooja has died and after 35 long years, his evil minister Tantri has got his heart’s desire to become the king and rule the kingdom of Hujli.

A comic panel of the old Tantri the Mantri

“Kids have been demanding this change since a long time. Their primary request has been to allow Tantri to be king, since he works so hard for it. We also wanted to play around with the story arcs of the different Tinkle Toons. This is taking place right from the classic Toons like Tantri, Shikari Shambu and Big Baan (earlier Kalia the Crow) to the newer ones Defective Detectives, WingStar, NOIS and YogYodhas. This gives us room to experiment in both storytelling and art. The effort is always to give the most interesting experience possible to our readers,” says Rajani Thindiath, the editor of Tinkle.

Even though Tantri is now the king, the name of the comic stills remains Tantri the Mantri. “It has too strong a recall value with our readers,” explains Rajani. Now that Tantri is not plotting to be the king anymore, the comic will show him dealing with all the responsibilities and problems that come with being a monarch. “However, given his nature and his past, he’s bound to be paranoid about someone turning a Tantri on him,” chuckles Rajani.

Apart from Tantri, there will be his allies Dushtabuddhi, the inventor, and DeadHit, the assassin. “They continue to help him. They have been particularly proactive ever since the threat to King Tantri’s life has become apparent. General Zantri, though loyal to Raja Hooja, is fulfilling his duties to the crown diligently. However, he has been the only person to suspect Tantri’s nefarious intentions, so he’ll have a greater role to play in the future,” explains Rajani.

What’s been the response?

Tantri was coronated as the king on the cover of issue 714, the second issue of April. “Children are super delighted about this new development. They have been waiting for this moment for years and finally it is here! They are looking forward to see how Tantri will now deal with the kingdom of Hujli, with Raja Hooja gone. Even those who are sorry about Hooja’s passing are looking forward to seeing Tantri as the king,” says Rajani. She says that the change isn’t making her scared and adds, “Readers old and new have been asking for this change. We are hoping they will enjoy this new journey that Tantri is embarking upon.”

What’s the plan ahead?

Raja Hooja perished on a visit to the rebel regions of the kingdom. “Tantri realises those problems are not gone with Hooja’s departure. Apart from the rebellion, there is also a conspiracy afoot to dethrone Tantri and he needs to get to the bottom of it, to save himself and his crown,” signs off Rajani.