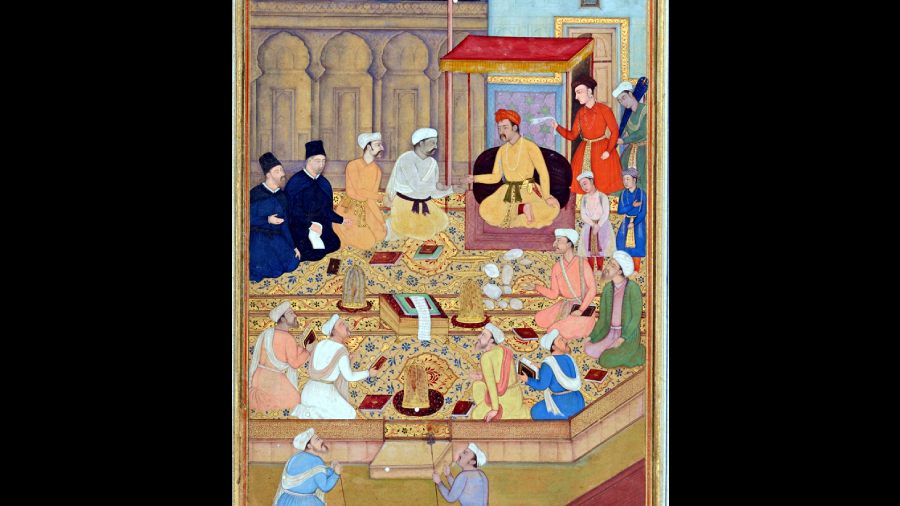 Book: The Shortest History Of India

If you were asked to condense 5,000 years of Indian history into less than 300 pages, how would you approach this exciting but audacious task? What choices would you make in terms of narrative structure, key thematic areas, and the historical personalities to be highlighted? Would you focus on capture of power, cultural artefacts, or scientific achievements? There are multiple entry points to this subject, and each one is likely to produce a different result.

John Zubrzycki must have thought deeply about these questions while writing this book. The Shortest History of India has 10 chapters — “Lost Civilizations”, “Religious Revolutionaries”, “The Classical Age”, “The Coming of Islam”, “The Magnificent Mughals”, “Merchants and Mercenaries”, “The Lighting of the Fuse”, “The Long Road to Freedom”, “Creating the Nation State” and “A ‘New India’?”

In this book, you will witness Babur ranting about musk-melons of poor quality and Queen Victoria complaining about the “badly cut” Koh-i-Noor. You will also run into Lal Krishna Advani organising a  rath  yatra, Jawaharlal Nehru failing to honour his promise of a plebiscite in Kashmir, Babasaheb Ambedkar converting to Buddhism, Akbar greeting Jesuit priests (picture), an exiled Bahadur Shah Zafar writing couplets in Rangoon, and J. Jayalalithaa distributing motorbikes, televisions, and school fees for girls in Tamil Nadu.

The book stands out not only for its content but also its narrative voice. The author seems to be at ease with his material. Apart from the fact that he views India with affectionate eyes, he has a PhD in Indian history and has spent a considerable time here thanks to professional engagements, personal networks, and the generosity of friends. This is his fifth book about India. Repeated engagements with the country have not dulled his curiosity. The writing is fresh and it carries a sense of authority, which comes from four decades of rigorous study.

Zubrzycki’s lively account draws from the works of scholars such as A.L. Basham, S.A.A. Rizvi, Romila Thapar, Wendy Doniger, Sunil Khilnani, R.C. Majumdar, Sheldon Pollock, William Dalrymple, Audrey Truschke, Katherine Schofield, Judith Brown, among others. Since this is not a highly footnoted academic volume, it is not possible for him to discuss their positions in a nuanced manner but he tries to give readers a flavour of their arguments.

The book ends with two pages of suggested reading for people who want to immerse themselves in specific areas of interest, such as the Indus Valley Civilisation, the Mauryan, Gupta and Mughal empires, British colonial rule, post-Independence India, histories of Buddhism and Hinduism in India, rise of nationalism, and biographies of eminent leaders.

On the flip side, Zubrzycki writes mainly about northern India. There is very little in his book about southern, western, and eastern India. The Northeast is virtually non-existent. Readers who expect these regions to be covered, going by the book’s title, might feel disappointed. Attributing these lapses and erasures to space constraints would be a cop-out for an author of Zubrzycki’s stature who must be aware of the power imbalances in India’s federal structure.

Perhaps the weakest part of this book is the author’s appreciation of the “zeal” shown by Thomas Babington Macaulay while “creating a uniform penal code for India”. Section 377 of the Indian Penal Code, which was read down by the Supreme Court in 2018, is part of Macaulay’s ghastly legacy. Zubrzycki does not acknowledge the harm that Macaulay has done but applauds him for creating a “surprisingly resilient Indian bureaucracy” without which “India may not have survived as a nation following the traumas of Partition”. Hopefully, Zubrzycki will revisit this section for the next print run and make amends.