Such was the nature of V.P. Singh’s political journey that none of his fellow travellers gave him credit where it was due 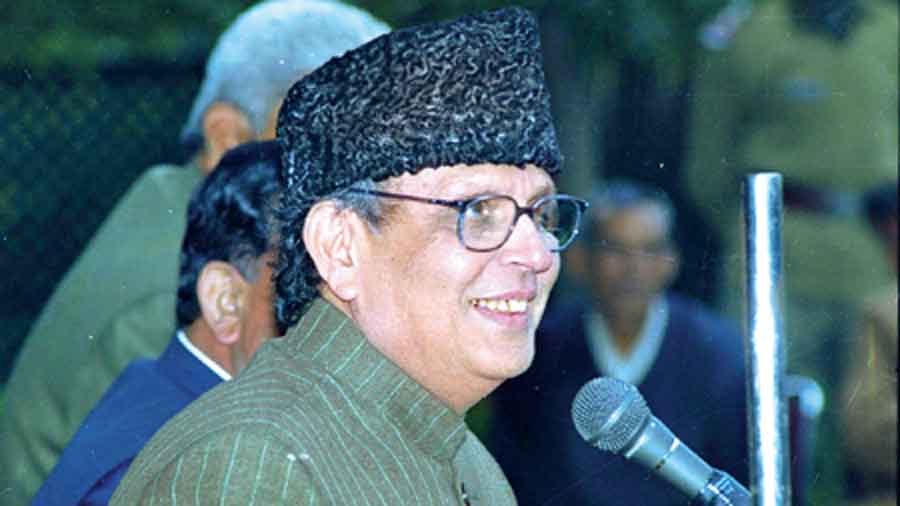 Debashish Mukerji’s book on the former prime minister, V.P. Singh, seeks to address the “posthumous neglect” of a man whose footprint on Indian polity is more than just Mandal and Bofors. That said, The Disruptor does not attempt to paper over his faults. It brings out the warts in the man, including his obsession with his squeaky-clean image that made officers feel he would never back them up, his craftiness, his nature to “elude direct replies” when faced with difficult questions.

Practically forgotten by the political class, including those who benefited from his decision to implement the Mandal Commission’s recommendations, Mukerji’s book traces the roots of several other monumental decisions taken by other governments back to the ‘Raja of Manda’; not just as prime minister but also finance minister in the Rajiv Gandhi government. The opening up of the economy is credited to Manmohan Singh as finance minister in the P.V. Narasimha Rao government. This book shows how it was V.P. Singh who first sought to steer the economy in that direction but had to abandon that course in the face of stiff opposition from even within the Congress.

Likewise, the first efforts to implement laws that have eventually become the MGNREGA and the RTI Act were made during his short premiership of 11 months — a stint Mukerji describes as a “sorry tale of promise cut short”. There are more such instances: autonomy to the public broadcasters (All India Radio and Doordarshan), OROP, a law to set up the National Commission for Women, and another attempt at enacting a Lokpal law. That governments which followed saw it fit to take these policies to their fruition is a testament to his policy-making skills. But such was the nature of V.P. Singh’s political journey that none of his fellow travellers saw any need to give him credit where it was due.

Then, there is, of course, his association with the Congress from the time of Jawaharlal Nehru to Rajiv Gandhi, the Bofors controversy, the Mandal Commission and the consequent kamandal politics that saw the rise of the Bharatiya Janata Party to what it is today. All this in a legislative career spanning a little over 20 years that saw V.P. Singh become chief minister of Uttar Pradesh, Union commerce, finance and defence minister and prime minister; all of which were truncated stints. Mukerji contends that V.P. Singh changed the course of Indian political history in a career that lacked permanence at every stage.

More than the biographical account, what makes the deeply-researched, 443-page book worth the while is the historical account of Indian politics in some of its most tumultuous phases. Too often books penned by journalists are a slapdash collection of their reporting day notes — much of it already published along with what was left out due to constraints of space — but Mukerji brings to this work the rigour of a historian and the style of his own professional calling. The research that has gone into the book is evident from the manner in which every piece of information used is sourced in the text. These include interviews with close associates of V.P. Singh, transcripts of the former prime minister’s interview for the archives of the Nehru Memorial Museum and Library and extensive readings — the notes themselves run into 79 pages.

Instead of just a passing mention of events — be it Kashmir, OBC reservations, the Ram Janmabhoomi-Babri Masjid dispute or the GATT negotiations — each chapter of contemporary Indian politics is elaborated upon, contextualized, making this a learning experience.