Standing at the crossroads 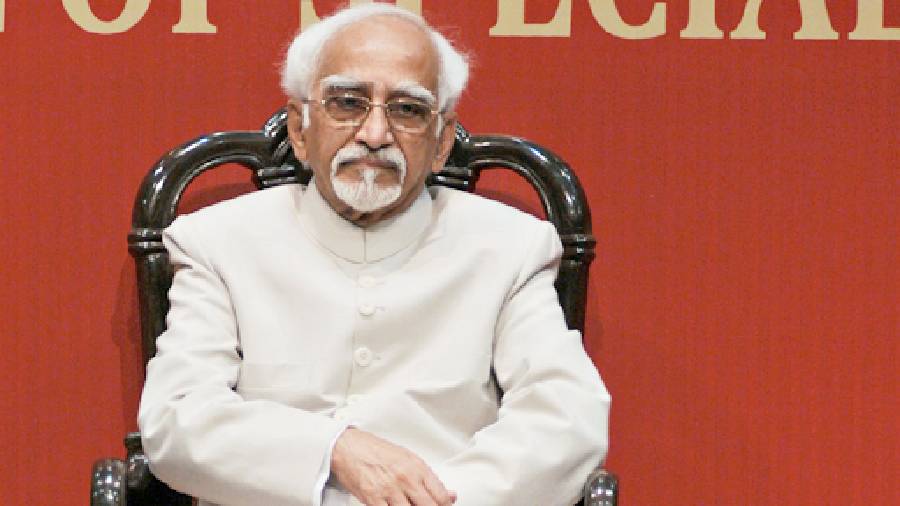 In 2019, the political scientist, Niraja Gopal Jayal, wrote: “[I] n a short space of four years, India has made a very long journey.” Given the stakes, we have every reason to try and grasp how drastically Indian politics and society have changed in the last decade. This task is complicated. We may still be too close to the subject to make decent estimates. There is the possibility that while the changes have been swift, they have also been normalised as rapidly. Those too young to have political consciousness of past events may have skewed images of the present. In these conditions, perspective is a valuable thing.

M. Hamid Ansari’s new book contains a selection of his writings from as far back as 2002, and it provides this much-needed perspective. This is as much a result of his long experience as a diplomat and constitutional functionary as it is a product of the remarkable changes in his writings over the years. Perspective also emerges from the thematic diversity of the chapters. The collection is divided into three themes: one on rights, one on Indian politics, and one on India and Muslims. Within these three broad heads, each piece throws light on our times through the varied prisms of politics, governance, religion, art, culture, and international relations. Readers are guided through subjects as varied as international norms on group rights, identity and citizenship, religiosity and the world order, modern journalism, the functioning of Parliament, militant Islam, gender equality, and perspectives on figures like Nehru and Gandhi (both Mahatma and Indira).

Despite the breadth of the topics tackled, the vision that emerges is a consistent one. Ansari’s writings demonstrate a frank and unflinching allegiance to liberal principles that is at once heartening and dispiriting; heartening because one is transported to the times when these principles were echoed in public discourse with more assurance, and dispiriting because one is struck by the passage of time since then. An Ansari from decades past writes with concern about the lack of progress in the standard of living of minorities, minimal recognition of group rights alongside human rights, and the troubles of Indian politics in a time of coalition governments. And then there is an Ansari whose voice comes from more recent times, including after his term as vice-president ended in 2017. This Ansari is sharper, more urgent, and palpably anxious. This culminates in Chapter 16, a striking speech from July 2019 titled “Sins and Sinners: Where Did It Go Wrong?” that bemoans the government’s “chicanery” and the complacency of his own generation, while offering the diligent implementation of constitutional principles as the only corrective.

There are repetitions in the pieces as well as unnecessarily wordy passages. The talk of diversity, multicultural citizenship and liberal nationalism will sound dated to some. Others may find appeals for minority rights based on the threat of polarisation odd when we are living the threat today. But such staid and restrained past writings only reveal Ansari’s prescience and the tragedy of opportunities lost, while the tone of his later pieces accentuates the urgency of current troubles. Read together, the collection offers up a warning, not unlike Ambedkar’s 1949 caution about the contradiction between political equality and social inequality. We have drifted off course, he seems to say, but it is not too late. “We do stand at the crossroads.”