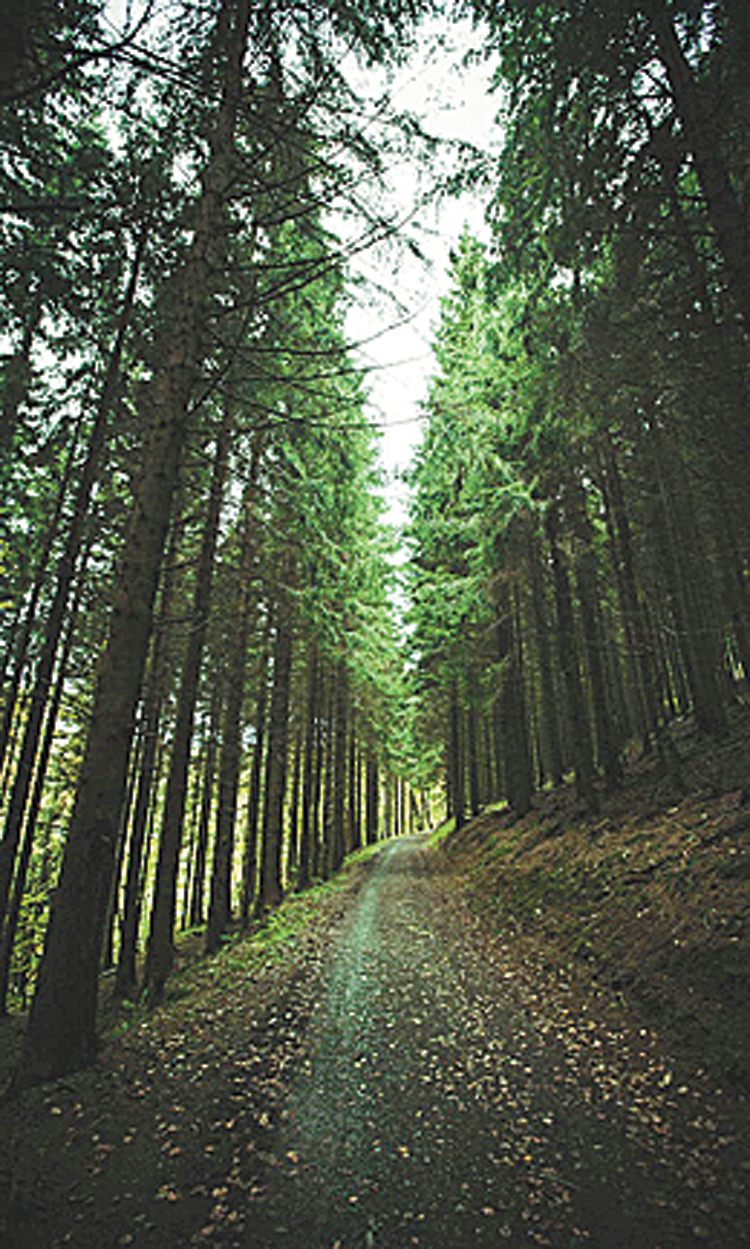 The book is rendered even more interesting by the manner in which even the minor characters are fleshed out
(pxfuel)
Kamalika Basu   |   Published 29.11.19, 12:50 PM

For many, the Himalayan forests are an ideal site for a quick getaway from the city in search of a breath of fresh air. But these forests can also hide murky secrets or be the perfect spot for the unravelling of a mystery. These two possibilities collide for Neville Wadia — the protagonist of A Death in the Himalayas — a former police detective who, in an effort to escape the shadows of his dark past, has stolen away into the quiet of an idyllic little Himalayan village called Birtola. Here he is accompanied by his wife, Shehnaz. The stillness and the serenity of the place, however, is broken by a grisly murder. A fearless British writer and activist, Clare Watson, is murdered after sundown in a secluded grove in the forest. Although reluctant, Wadia has no option but to intervene.

As in a good mystery novel, the plot does thicken in Udayan Mukherjee’s second work of fiction. With every step of the investigation, more layers to the story are scraped out, as are more suspects. The land-grabber, the corporate builders, the local politician, the dejected husband, the jealous lover, the misogynistic villager — who is the culprit? Are other lives in danger? Each character is given due attention, and a credible motive. In fact, it is this abundance of red herrings, along with some unexpected twists, that keeps the reader hooked. Further, what Mukherjee adds through his narrative is a refreshing perspective. The reader is made acquainted with the peripheral scenery but not with the intention of romanticizing it. Reality, in Birtola, is more than what the tourists see. The story unfolds together with a commentary on the different ways in which the outsiders and the local people look at one another as well as at the hills that form the fulcrum for the plot.

The book is rendered even more interesting by the manner in which even the minor characters — fellow passengers on the train, for instance — are fleshed out. They are portrayed intelligently, made believable, and they always add some insight into the central event or the ripples that it creates all around. The interrogations build up not only the suspense but also reveal more sides to everyone involved in the mystery — both the investigators and the investigated. As such, it is somewhat disappointing that the character of Wadia, the tortured detective with a guilt-ridden conscience, haunted by visions of the people whose lives he could not save, comes off as a cliché. There is scope, of course, to explore his past experiences, as the book holds the promise of being the first in a series. But, in this volume, this past only serves to make an otherwise sharp piece of writing overly dramatic. On the contrary, the character of SK, the Watson to Wadia’s Holmes, is more refreshing. In fact, it is primarily his observations that guide the reader along the breadcrumb trail that gives a thriller its strength.

For all the patience with which the mystery is designed, the denouement — arguably the essential part of a thriller — seems too rushed. Mukherjee’s Wadia goes for a Poirot-like resolution, neatly laying out the incidents and accosting the culprit with the truth. But as the murderer is revealed, the plot appears somewhat contrived. It is as if things fall into place by chance and not as a result of a clever investigation. Mukherjee certainly has a flair for cooking up a good plot, and an eye for the atypical. But this book needed more careful editing and perhaps a little less drama.

A Death in the Himalayas by Udayan Mukherjee, Picador, Rs 499