Sanjeev Sanyal on all things history and geography

'If you read our history textbooks you will get the impression that we are a landlocked country, which is not the history of India at all and is instead the history of Delhi' 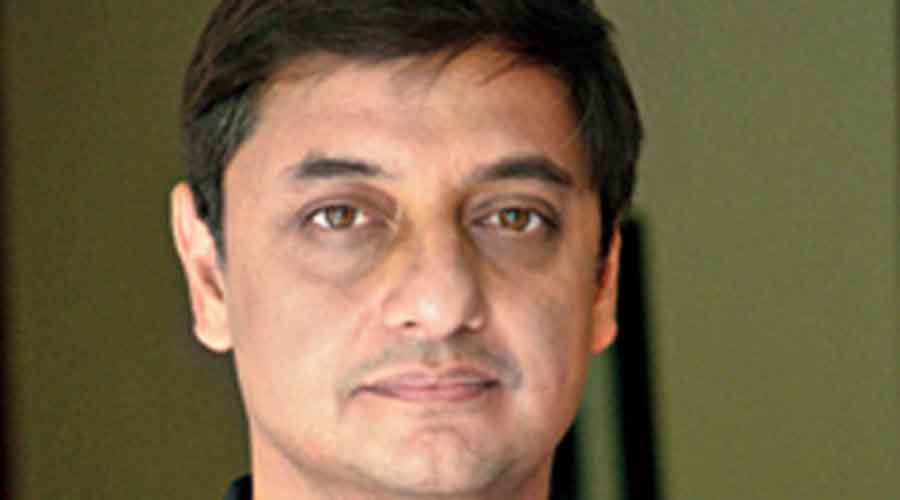 Sanjeev Sanyal’s Twitter bio reads “Writer, economist & collector of old maps. This twitter handle belongs primarily to the writer, and only occasionally to the economist”. On the release of his latest book for young readers, The Telegraph decided to engage in a conversation with this very writer in him. Based on his remarkable book The Ocean of Churn, The Incredible History of the Indian Ocean (Puffin; Rs 250) is his second book adapted for younger readers, to highlight the importance of the ocean in our history. Playing the role of the principal economic advisor to the Government of India, the urban theorist and Rhodes scholar has written plenty, even venturing into fiction with his collection of short stories called Life Over Two Beers.

Stressing on the need to understand and accept India as a maritime nation, his book speaks of the ancient abilities of tribes to overcome environmental disasters like tsunamis and our need to learn from them. He also speaks of the need to take a look at how history is taught in our country and a radical change that the syllabus immediately demand. Excerpts..

You have spoken often about the need for India to focus on being a maritime nation. Could you please tell us about the ‘why’ behind this?

We are the only country in the world that has an ocean named after us. We are peninsular and we obviously have a large coastline and yet if you read our history textbooks you will get the impression that we are a landlocked country. And our history is all about Delhi and various invasions from the north-west. Even when you are looking at our national conversation, you will get the impression that our main borders are with Pakistan and China but if you begin to think of the world as maritime nations, we have others neighbours as well — Oman, UAE, Indonesia, Singapore and even South Africa and Australia. They too are our neighbours. And with many of them, we share thousands of years of links. We were trading with Omanis in the Bronze Age; we have immense influence over Indonesia so much so that they named themselves after us. So in that context, it is extraordinary that we don’t think about our place in the world in maritime terms.

With recent news of incursions by China in the north, what is the relevance of the Indian Ocean in this conflict?

It is extremely important, even in the geo-political context. The conflict happening with China cannot be considered in isolation in Ladakh. There is wider geography in which things happen and that wider geography very much involves the oceans. In this context, one needs to know that India and China have been competing in the maritime space for thousands of years. You can’t understand the Chola raids in South-East Asia without understanding China’s role in it. Or the role of admiral Zheng-He in the 15th century. This has been going on for a long time.
Today also, the ocean will play a major role and now we need to think about the role we have in managing the security in the maritime sphere as well. One of the most important maritime routes passes through the Malaccan strait and we happen to control the northern end at the Andaman and Nicobar Islands. These islands should be part of our national consciousness.

Characters like Kanhoji Angre, and Tanaji Malusare are leaders whose stories have found resonance in recent times, thereby proving their commercial worth. To what then would you attribute a very north-centric narrative that we are made to consume?

A lot of it has to do with post-Independence history writing, which was concentrated in Delhi. So the history that we read in textbooks is not the history of India at all. Not just the coastal states, I believe there is history to be written about other parts of the country as well. For example, the North-East is completely dropped out of our textbooks, you barely hear about the great Ahom Kings or Raja Prithu who were equally important characters of our history. You even don’t hear much about Bengal till Robert Clive turns up and fights in the Battle of Plassey. That’s the only time you hear about it. The only time you hear about Odisha is when Ashoka went and conquered the state and that is the beginning and end of any mention of Odisha. In reality, it has a very interesting history that has completely been dropped off from the national narrative. Whereas we are all made to learn about obscure dynasties of Delhi like the Lodhis.

So do you feel that it is imperative to completely overhaul the history syllabus and how it is taught in schools in India?

Absolutely. I have spoken about this very frequently that we need to free India from many biases. One of them is the geographical bias and the history we are taught, which is not the history of India at all and is instead the history of Delhi. We need to re-insert the Cholas, the Vijaynagara empire, the Maratha empire, and so on, into our narrative. And one important part of that is our maritime history. It’s like writing the history of Britain without any mention of its colonialism. 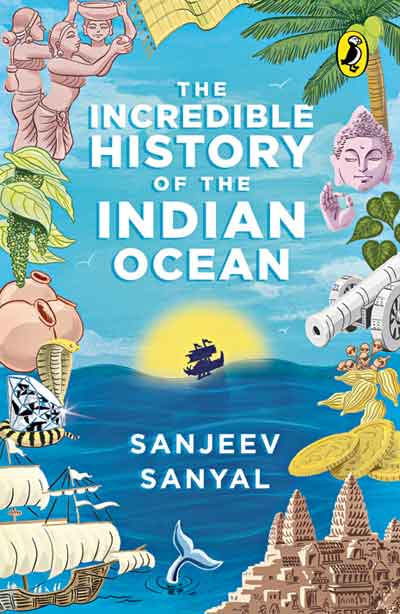 Well, to be frank, I am really a writer for adults. I had a lot of help from my publishers who provided me with editors to do that. So I am not primarily a writer for children and had immense help while writing both my books for children. And of course illustrations played a huge role.
Of course there is a degree of simplification involved while writing for children but I have a very strong view that simplification of language and explanation should not mean that children are then treated to a sanitised history. So therefore, I insisted on leaving narratives in there which conventional children’s writers would tend to want to edit out. So I have tried to leave in there a true narrative, no simplifying of the story and remember, this isn’t a book for very small kids but for teens basically, and I feel like they can be exposed to somewhat higher thought instead of being mollycoddled.

You have mostly written non-fiction and your fictional short story collection too is a social commentary of sorts on modern India. Do you think it’s imperative for fiction to have a social responsibility?

No, I think fiction should be written for fun. It should be readable and I strongly resent this idea that there has to be some set pattern as to how fiction is written. Many kinds of fiction and literature are possible. There is no reason why there should be any kind of social messaging in fiction. If there is, good, that is one kind of writing but that is not necessarily what I advocate. You can write literature for just about any purpose you want. My fiction tends to have a somewhat satirical take on modern India but who knows, the next one may not. I refuse to believe that there is a box within which literature needs to be written.

I have researched, for very long now, the revolutionaries’ contributions to the Indian freedom struggle. I have long argued that the revolutionaries played a very important role there. But like many biases in our history, they have been essentially edited out in the post-Independence period from our national narrative. I have given many talks on this and have researched this extensively. But sadly I don’t have the time to write it right now but at some point, I will.