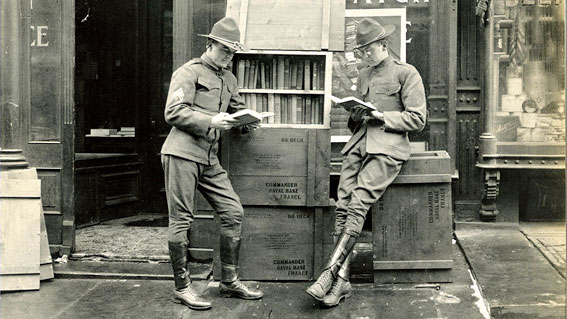 The library often appears in works of fiction and philosophy as something of a charmed space. Consequently, everything it encloses — people and books — is imbued with mysticism in a rendering of this kind. In the fantasy novel, the book tucked away on a dusty shelf makes its appearance as an enchanted object leading to magical worlds, and in the musings of continental philosophers, the library, with its interplay of order and disorder, is in itself magic. Something of these diverse strands of post-Enlightenment romanticism endures in The Paris Library; yet, by playing with questions of time and learning, this work disassembles the idea of the library.

At the centre of the novel is the American Library in Paris with Odile Souchet as the principal character. Odile is a young Parisian, an avid reader and a lover of English literature, who begins working at the ALP. But the novel envelops another world in its fold — a town called Froid in western America. Odile is the only visible connection between the two contexts set apart in time. The alternation between wartime Paris and 1980s Montana produces a kind of tatting in which knowledge, desires and books from these two separate contexts are entoiled. In the American setting, the narrative unfurls around Lily, a teenager who strains to discover the world outside Froid. However, it is Odile’s story wound around the ALP’s role in wartime France that occupies the greater part of the novel.

Established after World War I, the library, since the signing of the Armistice, has played an integral part in promoting Anglo-American literature overseas. Like its contemporary, Sylvia Beach’s Shakespeare & Company, the ALP’s legacy is spangled with important names from the American-European intellectual landscape. In the last one year, many libraries and archives have speeded up their digitization projects, archiving even their own histories in the process. The ALP, too, has a digital collection on its website documenting its rich history. It is best known for remaining open during the years of the German occupation, even delivering books in secret to its Jewish subscribers. Skeslien Charles makes this history the armature of the novel. Of the many characters, some are based on real-life figures like the Directress, Dorothy Reeder, her successor, the Countess of Chambrun, Boris Netchaeff, the librarian shot at by the Gestapo, and Dr Hermann Fuchs, head of the occupied libraries. Scrolling past the images, of soldiers on pavements immersed in reading (picture), Gertrude Stein with library staff, and dozens of children at “Story Hour” (An “American import” according to the caption) — rich, yellowed and popping with life — it is easy to see why one would be tempted to fictionalize this past. 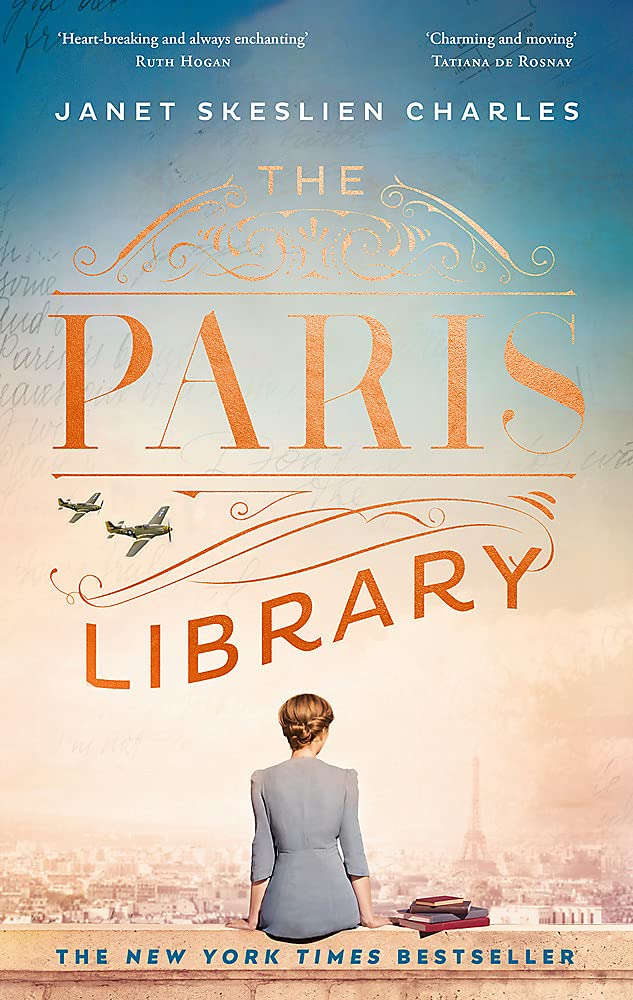 The novel plays with temporal complexities by enclosing two worlds. Next to Paris, the chapters set in America are texturally different. Froid in Skeslien Charles’s rendering is drab, melancholy, and filtered through a deeply personal lens. But this is its strength when otherwise it lacquers documented history. In the argentine world of the American teenager who struggles with grief, loneliness and the desire to see the world, time is syrupy. Historical time interacts with personally-experienced time, producing two complementary heterotopias.

Although a larger point is sometimes wanting, the book’s structure makes the reader reflect on important questions about time and how we can learn from the past. Books are not entombed in Skeslien Charles’s ALP. Circumventing the usual frameworks of order or disorder, the books here circulate among women readers. They are not the prized collectors’ editions or even touched by the “mild boredom” that Walter Benjamin describes. Rather, they sustain the readers. Two works by Zora Neale Hurston and Dorothy Whipple recur within the novel. Their resonance with the lives of Odile and Lily brings life and the books we read into an ever-spiralling relationship.

The critique of the library as an arcane and masculine space has a long tradition, which scholars have often traced to figures like Margaret Cavendish, the seventeenth-century poet. Skeslien Charles, however, does not proffer arguments; she shows how this disbanding can be achieved. Not only is the trope of the dusty library — exemplified in Carl Spitzweg’s painting — dismissed in her novel, she also passionately engages with literature, which is not always high-brow. Thus rearranging the works of others, the novel becomes its own frigate, the ultimate heterotopia to and through which the author travels.

Finally, this novel makes one reflect on questions about the future. Like the dilapidated temple in a regional literary imagination, the library derives part of its fetish character from being quasi-anachronous. To an extent this is not an issue within the novel as the ALP is simultaneous in space and also exists assimilated within the rubric of her book. Yet a larger question remains, not as much about the survival of collections — which digitization in some ways ensures — as about the afterlife of the library and the forms it entails. Particularly in a world in which there is a marked disjuncture between the present and a recent past, this afterlife becomes difficult to imagine.