In his biography of Ediwn Arnold’s spectacular book, Jairam Ramesh not only traces its enduring legacy but also underscores its importance for the contemporary reader 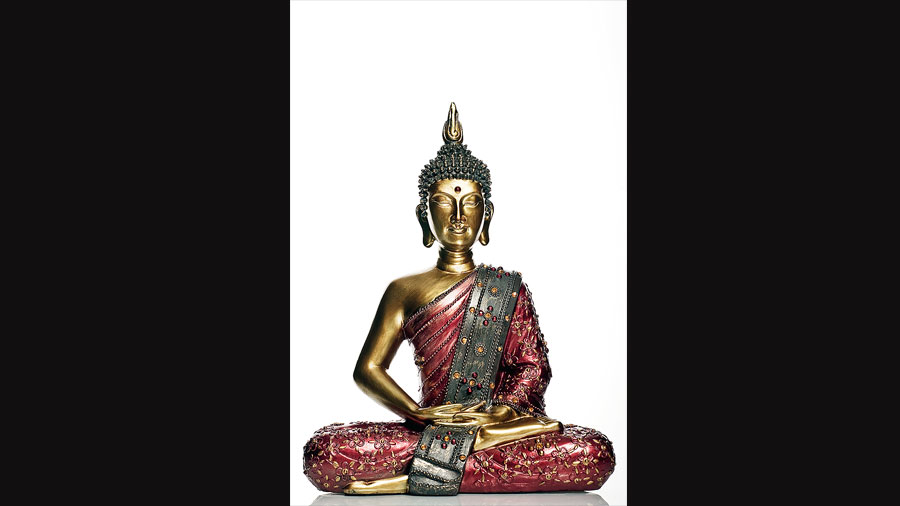 The voluminous biography of Sir Edwin Arnold’s 5,300-line epic poem, “The Light of Asia” (1879), by the former Union minister, Jairam Ramesh, is significant in the present-day context for multiple reasons. One obvious reason is the gradual proliferation of an all-pervasive insularity, especially when it comes to matters of faith, in the modern world. Besides being the birthplace of diverse faiths, India has always celebrated religious plurality. It thus comes as no surprise that thinkers, philosophers, mystics and intellectuals connected with the soil have often felt the urge to journey beyond the narrow confines of their personal faiths in order to explore other religions and even celebrate analogous spiritual enrichment in their writing. Arnold’s late-nineteenth-century epic poem, “The Light of Asia”, based on the life and teachings of Gautama Buddha, serves as an apt instance of such an enlightened celebration. In his biography of Arnold’s spectacular book, Ramesh not only traces its enduring legacy but also underscores its importance for the contemporary reader.

First published in London in July 1879, Arnold’s 230-page manuscript now lies as part of the Carnegie collection at the Library of Congress in Washington DC. Following its publication, Arnold’s epic poem in blank verse was a phenomenal success on both sides of the Atlantic, receiving rave reviews from dailies and periodicals like The Daily Review, The Athenaeum, The Observer, New York Daily Tribune, the International Review and the Pall Mall Gazette. However, as Ramesh points out, the review which created the greatest impact was the one carried by the inaugural issue of the Theosophist (October 1879) of the Theosophical Society. The appraisal observed that “Buddhism from its beginning has changed the moral aspect of not only India but nearly all of Asia” and that “Mr. Arnold’s views are those of most of the Orientalists of today, who have at last arrived at the conclusion that Nirvana — whatever it may mean philologically — philosophically and logically is anything but annihilation.”

The Light of Asia: The Poem that Defined the Buddha by Jairam Ramesh, Penguin, Rs 799
Amazon

In spite of such a glorious reception, “The Light of Asia” faced its share of qualms too. As the sixth chapter of Ramesh's book observes, orthodox thinkers like G.T. Flanders, William Cleaver Wilkinson, Samuel Henry Kellogg, Rev R. Collins and Sir Monier-Williams aggressively critiqued Arnold for his advocacy of Buddhism. A 40-page monograph entitled “Christ or Buddha” (1881) by the theologian, G.T. Flanders, found it “detrimental to Christianity”; William Cleaver Wilkinson’s “Edwin Arnold as Poetiser and as Paganiser” concluded that “whether as literature, then, or exposition of Buddhist doctrine and life, the ‘Light of Asia’ must be pronounced unworthy to survive.”

Notwithstanding such attacks, Arnold’s work had a magical impact, shaping and influencing some of the greatest minds of the twentieth century and even later. The formidable list includes scientists, writers, leaders and spiritual giants from the sub-continent like Swami Vivekananda, Anagarika Dharmapala, Mahatma Gandhi, C.V. Raman, Jawaharlal Nehru, B.R. Ambedkar and Rabindranath Tagore among others. Leading writers across the world like Rudyard Kipling, W.B. Yeats, Ivan Bunin, T.S. Eliot, Leo Tolstoy, Herman Melville, Lafcadio Hearn and D.H. Lawrence are among those who acknowledged its influence. Translated into thirteen European, eight North and South East Asian and fourteen South Asian languages, “The Light of Asia” also witnessed adaptations in the form of plays, dance dramas and even operas.

In more recent times, as Ramesh observes, it has generated an unprecedented academic interest as a recurrent subject of various doctoral dissertations, including one tracing the impact of the work on James Joyce. Ramesh’s painstaking archival research provides his readers with a unique experience of life writing; he manages to infuse a rare verve into an epic poem, meticulously tracing its birth, reception and impact across generations. As mentioned by His Holiness the Dalai Lama in the foreword to the book, “what Sir Edwin’s poems showed was that the message of Buddha is timeless, eternal and relevant.”