A guide to navigate a labyrinth called Myanmar

The country's current tortuous path to modernity is unique and unparalleled — from conflicts to peace, from dictatorship to democracy, and from a command to a market economy 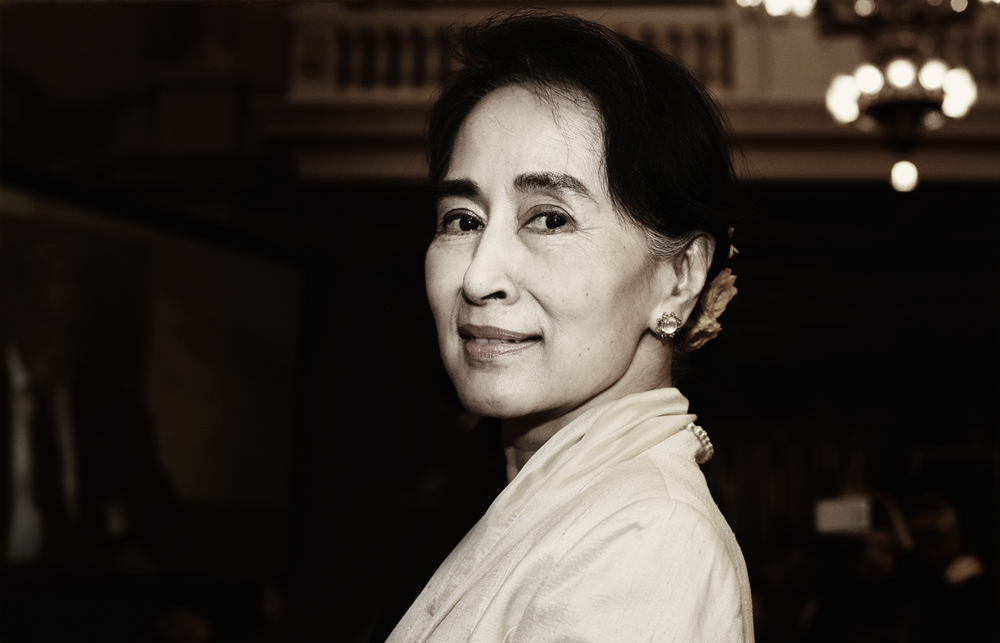 At least in Asia, there is no more enigmatic nation than Myanmar — or Burma, as it was known under the British rule. It simultaneously fascinates and infuriates as it defies conventional analysis and theory. But it is its immense and unique diversity coupled with its strategic geographical position — nestled at the confluence of East Asia, Southeast Asia and South Asia — that gives rise to its intriguing importance to the region. It is essentially a battlefield of competing cultures, religions, traditions and political ideologies against a backdrop of geopolitical competition for influence, even as the country throws off the shackles of the past and embraces modernity.

With elections due in a little under two months, understanding Myanmar and its development is more important than ever. After decades of conflict, military misrule, economic isolation and stagnation, the country has slowly emerged from the shackles of its past, thrown off some of these historical legacies, and begun to reshape and realize its potential for development: economically, politically and socially. Since a return to quasi-civilian rule in 2011, democratic institutions have begun to take root and economic liberalism has started to replace the rigid, moribund, centrally-planned economy.

Myanmar’s current tortuous path to modernity is unique and unparalleled — in the form of a triple transition — from conflicts to peace, from dictatorship to democracy, and from a command economy to a market economy. No other country has tried and succeeded in simultaneously ending a civil war, abandoning military rule, and transforming a planned economy into a free-market one. So far, in the last 10 years, Myanmar has taken giant steps on the road to establishing a democratic, inclusive and well-governed country.

Over the last decade, the economy has grown substantially and is currently one of Asia’s fastest-growing economies, attracting significant levels of foreign investment, expanding its global trade networks and benefiting enormously from international aid and loans. But Myanmar’s future path to prosperity faces numerous pitfalls. Not the least the continued conflict in the country’s ethnic areas, the persistent problems in the western province of Rakhine, which has forced more than a million Muslims to flee for safety to neighbouring Bangladesh, and the potentially devastating economic impact of the Covid-19 virus and the looming world recession.

With elections scheduled later this year that could determine the nation’s destiny over the next 20 years, there is no better time to try to understand the dynamics of Myanmar’s evolution and development. And in the author of The Hidden History of Burma, the historian, human rights campaigner and diplomat, Thant Myint-U, the reader has one of the most erudite, informed and thoughtful guides to navigate the labyrinth of the making of modern Myanmar.
Born in the United States of America to one of the elite Myanmar families, he is the grandson of Myanmar’s most revered diplomats who became the first non-European UN secretary-general between 1961 and 1971. Since then, Thant Myint-U has become an eminent historian of Myanmar, studying at Harvard before completing his doctoral thesis at Cambridge in the United Kingdom. Having gained practical experience as a UN diplomat serving in Cambodia and the Balkans, he returned to Myanmar in 2012 and became an adviser to the then president, Thein Sein. 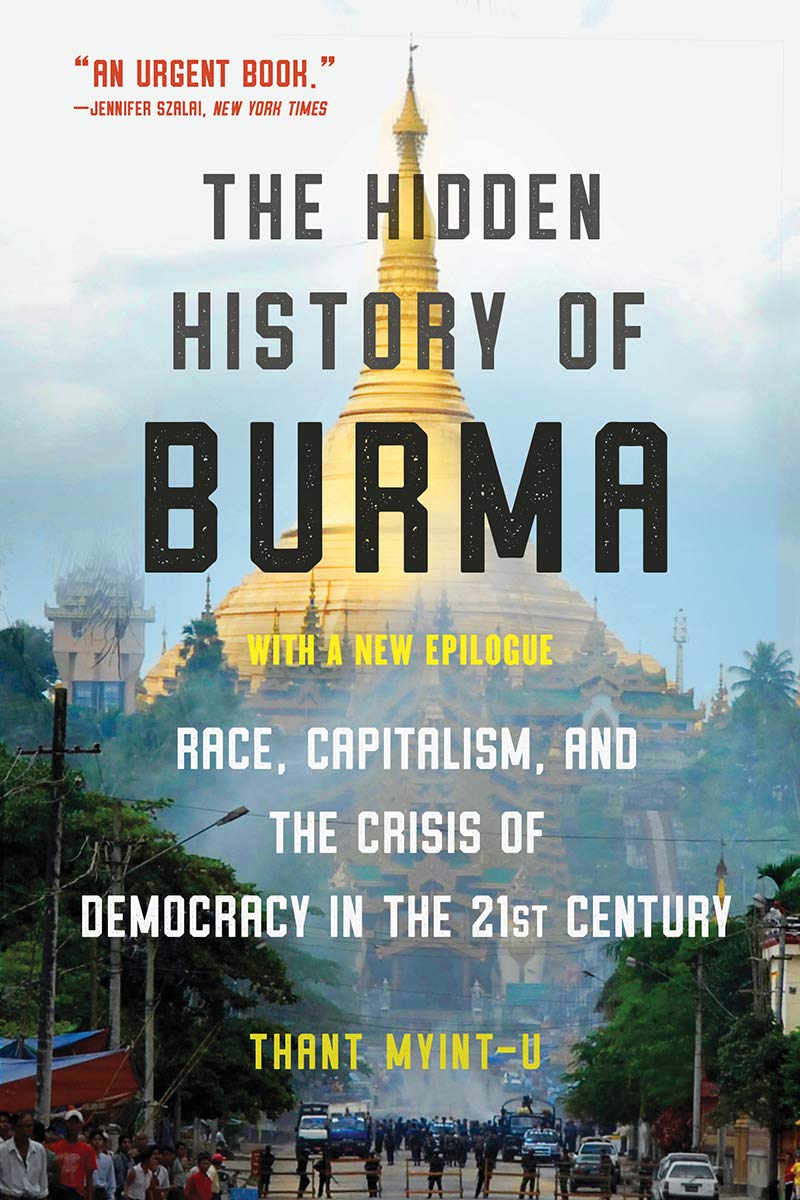 The Hidden History of Burma: Race, Capitalism, and the Crisis of Democracy in the 21st century by Thant Myint-U, Juggernaut, Rs 699
Amazon

As an insider, Thant’s account of the country since 2010 tries to challenge the simplistic approach that has dogged much of the international analysis of contemporary Myanmar: that Aung San Suu Kyi was the heroine fighting against the ogre of military rule — and, of late, is being portrayed as a fallen angel. This he suggests is to misunderstand Myanmar’s tortuous transition. It is an approach that ignores the country’s beginnings under the British empire and its growth as “a racial hierarchy”, side-steps the history of repression of the country’s ethnic minorities and the decades of civil war that have devastated Myanmar’s peripheral regions and, more crucially, misunderstands the country’s real needs. “Twentieth-century solutions are being offered as the default answers to the country’s 21st-century challenges,” he warns.

Although the book focuses on the upheavals of the last two decades, from a seemingly entrenched military dictatorship to the beginnings of democratic rule, he insists that the legacy of “Burma’s colonial past” is crucial to grasping what has actually happened since 2010 when the democracy-icon, Aung San Suu Kyi, was released from her final stint of house arrest and the regime held the first “multi-party” elections in 20 years and formed a quasi-civilian government. Thant Myint-U suggests that she is better understood as a Myanmar nationalist. He cites an essay she wrote in the 1980s, before she became involved in politics, in which she described Indian and Chinese immigrants acquiring “a stranglehold on the Burmese economy” and “striking at the very roots of Burmese manhood and racial purity.”

His compelling narrative is inundated with various vignettes and anecdotes: it is more a mixture of memoir and history. It is nevertheless a concise and readable guide to this country’s turbulent and tortuous transition. But the author insists that a longer view, especially of the colonial history and the attitudes towards race and ethnicity, is essential to understand recent events. The country’s political DNA, he writes, “contained the ideas first formed in the days of the Victorian Empire”. Among them was the notion that races were distinct and immutable and that their labour could be harnessed in the pursuit of profit.
Myanmar remains one of the most captivating, confusing and contentious countries for anyone trying to understand it. Its kaleidoscope of culture, geography, religion and history makes it virtually impenetrable to outsiders. Thant is undoubtedly a participant observer in Myanmar’s evolution over the last 20 years and so can be challenged for his objectivity. For instance, there is the avoidance of making judgments about the army. It is essentially an elite view of the past, but in that is an unrivalled account of the past 20 years of Myanmar’s emergence from the ‘darkness’ of naked military rule. But Thant Myint-U provides an enjoyable reading experience. It is an engrossing account of Myanmar’s troubled and unfinished transition from dictatorship to democratic rule, and no reader will be disappointed.

The reviewer, a former BBC World Service news editor for Asia, is a freelance journalist, analyst and media consultant based in Myanmar