Diary of a sparkling mind

'Policymaker’s Journal' talks of many things, from the hustle and bustle of working in government, to personal impressions, to experiences in remote parts of the world 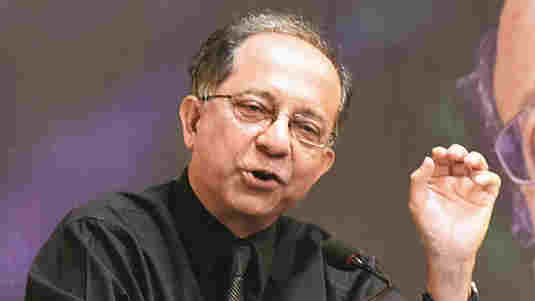 Policymaker’s Journal was a diary kept by the author during his tenures, first, as the chief economic adviser to the Government of India and, later, as the chief economist of the World Bank at Washington D.C. from 2009 through to 2016. It is a delightful book that talks of many things, from the hustle and bustle of working in government, to personal impressions, to experiences in remote parts of the world. Any diary is, essentially, private. It is like speaking to oneself. It is about feelings and memories. Kaushik Basu’s book is exactly that; it brings forth his persona. We get to know much about his tastes, his intellectual queries and personal anxieties, his reminiscences of childhood, and his keen observations of people and events.

The first part of the book that deals with the years he spent at the North Block is rapid-fire, with short entries, full of names, jumping from event to event, location to location. Basu, evidently, loves food. Beyond the details of officialdom, he hardly ever forgets to mention a dinner he has had with friends and colleagues, private as well as official ones. The reader gets glimpses of the long hours at work, the idiosyncrasies of the bureaucracy and the silly conventions of life in the corridors of power, the sudden sense of loneliness in a crowd when one realizes that the show is mostly about words signifying nothing. In his description of events and people, he exudes warmth and a witty sense of humour. Yet, he can turn very serious suddenly, while explaining his position on nationalism or on the existence of god. He is analytical in his observations on why Indian bureaucracy is inefficient. He is lively and funny with entries interspersed with anecdotes that are likely to leave the reader laughing. He describes an incident that led to him buying two identical and ugly briefcases for his official use just because the money allocated for the purpose had to be used up. There is, of course, the story of different sets of towels for the senior bureaucrats in the restroom. 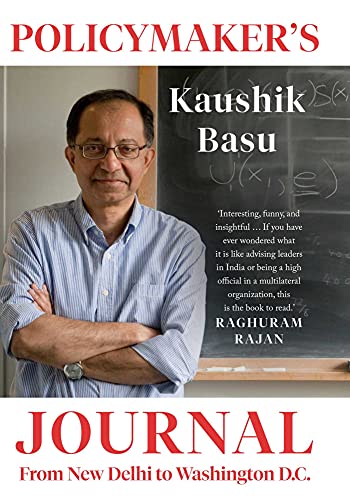 Those who have met Basu know him to be a forthright person. His respect and admiration for Manmohan Singh, the former prime minister as well as the person, comes out strongly. So does his admiration for Rahul Gandhi and Sonia Gandhi. Jawaharlal Nehru and Rabindranath Tagore are admired for their world views. In an entry made as early as March 8, 2012, Basu remarks on the possibility of crony capitalism arising in India from widespread corruption. It might happen when governments, in their haste to appear proactive, look to control corruption only among those who oppose them. It triggers a reaction where a few business houses cosy up to power and the rest are kept under control with fear. It was quite prescient at that time. In a short postscript written in December 2020, he admits how the world he looked at with optimism has changed so dramatically in such a short time.

The second part of the book describes his life at the World Bank. Interestingly, the entries in this section are longer and more detailed. He had to travel to countries less talked about, such as Nicaragua or Samoa. There is more of economics in these pages as well as a reflection of his commitment to do something tangible that would help people live better lives. In fact, he took the initiative, while at the World Bank, to put together the Stockholm Statement that contests the Washington Consensus. The latter was the playbook of conservative economists to push neoliberal policies in an unthinking fashion. It was also considered to be the holy text for the World Bank and the International Monetary Fund.

In New Delhi, he was helping the government juggle fiscal and monetary policies but there seemed to be no great room for creativity except changing the mix of instruments. In Washington, Basu is more serious about achieving something more enduring and long-term during his stay at Pennsylvania Avenue. However, in a moment of jest, on seeing the board with the World Bank’s mission stating “Our dream is a world free of poverty”, he makes the tongue-in-cheek remark that since the salaries drawn by World Bank staff are unbelievably high by any standard, it might have been appropriate to write below the statement that “... [o]ur nightmare is that the dream will come true.”

The reader can sense his involvement in many serious things; yet he is also detached from them all. On more than one occasion, he wonders whether it was luck that brought him to where he was. Perhaps he is being unduly modest. Where he was really lucky was having the chance to navigate an Indian economy doing rather well and a world economy coming out of the financial crisis. Those who have heard him speak or have read his work will know him for his exceptional clarity of thought and expression. Here, he blends it with personal feelings and wry humour. As usual, Basu does not disappoint.