'On Nationalism' gathers Eric Hobsbawm's writings, lectures, reviews, and excerpts from other books into one comprehensive volume 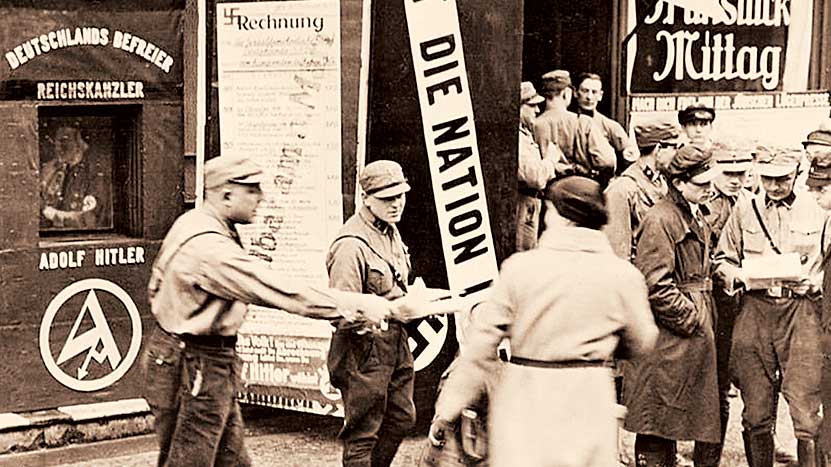 “Eric Hobsbawm did not like nationalism,” writes Donald Sassoon in his introduction to a recently published collection of essays by the famous British historian on the same theme. For someone who did not like it, Hobsbawm spent a lot of time developing and dissecting the concept, trying to glean its meaning and impact in past and present societies and, finally, coming to the conclusion that “no serious historian of nations and nationalism can be a committed political nationalist…” This emphatic realization appears in his short but incisive opus, Nations and Nationalism since 1780, first published in 1990. The new collection of essays, simply titled “On Nationalism”, gathers more writings, lectures, book reviews, and excerpts from other books in one comprehensive volume, which could be viewed as an analogous compendium. If Nations and Nationalism was a systematic study of the idea and its political manifestations in the nineteenth and early-twentieth centuries, On Nationalism addresses a varied, and perhaps more personal and speculative, range of topics. However, his strong reservation about its potential as a mode of transcendental politics remains constant.

A look at Hobsbawm’s career as a historian and political thinker is enough to make sense of this reservation. Born to Jewish parents of Polish and Austrian descent, respectively, in 1917, he experienced the tyranny of nationalism first-hand when Hitler came to power in 1933 and his family had to move to London from Berlin. His leftist inclinations had affected his career growth and MI5 had supposedly opened a personal file on him to track his academic and political activities. Even when he was regarded as one of the foremost historians of the twentieth century, he was denied a lectureship at Cambridge. But it is his relentless engagement with the history of the period between the French Revolution and the First World War that made him acutely suspicious of the timelessness of the idea of the nation and convinced him of its invention as the most popular political tradition since the nineteenth century. He refused to accept any parameter — be it language or ethnicity — as a stable, undisputed and non-mythical rationale of the nation and the ‘-ism’ that announces its sacrality. As it is evident from the present volume, it did not stop him from recognizing the dangerous sway nationalism holds over millions of people who could bay for their fellow citizens’ blood in its name. He also makes us realize that it is the same mystically eternal, unsubstantial form that the nation started to gain in the nineteenth century — something he detests as a historian who believes in evidence and the principle of falsification — which makes it both formidable to its detractors and malleable to any kind of ideological spin.

The essays in the present volume are compiled in two sections — “Nationalism in History” and “The Perils of Nationalism”. In the first section, there are multiple excerpts from his most famous works like The Age of Revolution, The Age of Capital and The Age of Empire along with the edited volume, The Invention of Tradition. The Age-trilogy tells us about the “long nineteenth century” when the logic of territorial expansion of the empire was replaced by that of the ethno-linguistic differences as the basis for the formation of a political selfhood and its actualization in the form of a nation state. The excerpt from The Invention of Tradition is equally significant in its demonstration of how the ritualistic performance of certain symbolic acts reinforces the power of an ideological fiction and creates a mythical universe of shared values, practices and hatred. The second section has a few of his reviews of the books that deal with nationalism and commentaries on topical issues like the Falkland War in the Eighties. A recurrent motif in these writings (also in the first section) is his grave — and somewhat sad — word of caution against the resurgence of militant nationalism in Europe in the aftermath of the fall of the Soviet Union. Hobsbawm lived till 2012 to see how his predictions had been proved right and a new wave of populist nationalism had engulfed the entire world.

It does not need saying that Hobsbawm’s writings on nationalism are becoming more important by the day as we witness how the consolidation of political will in its name is gaining ground with a ferociousness that resembles the horrific time between the two World Wars — the topic of his fourth book in the Age-series, The Age of Extremes. In our own age of extremes, when the invention of traditions and the repudiation of criticality are forced on us through print, visual and social media, when the mystification of a collective past goes unchallenged in the name of popular mandates, when the symbols of national pride are championed without any consideration for historical veracity, we need to remind ourselves that “nationalism is a historic phenomenon, the product of a fairly recent past, itself subject to change, and unlikely to persist indefinitely.” We must thank Donald Sassoon for editing and compiling this timely volume, which, while mindful of the dire conditions of the masses that make them amenable to spiteful propaganda, is ruthless in exposing the powers that benefit from such fables of false glory and acrimony.