The politics of science and science fiction

The book tries to establish a connection between Nehru’s scientific policies and the Non-Aligned Movement with the fictional universes of Satyajit Ray, Premendra Mitra, and Adrish Bardhan 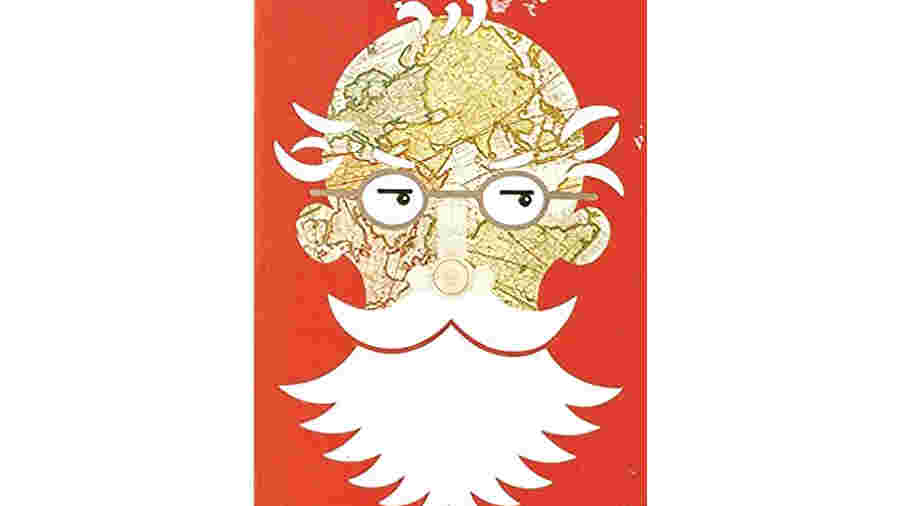 Final Frontiers is a monograph-length excursion on the complexities surrounding “Nehruvian science” and Indian science fiction; it marks, probably for the first time, the simultaneous appearances of Professor Shonku and Ghona-da in an academic book.

Consisting of three essay-length chapters, the book tries to establish a connection between Nehru’s scientific policies and the Non-Aligned Movement with the fictional universes of Satyajit Ray, Premendra Mitra, and Adrish Bardhan — a trio identified as “classic Nehruvian science fiction writers”. A twenty-five page conclusion (of a book of 170 pages, excluding end-matter) discusses the political shift of science and technology policy in the era of Mrs Gandhi, and reads a novel by J.V. Narlikar and two short stories by Vandana Singh.

Mukherjee begins courteously, and with a sense of obligation to the strange worlds and alien encounters of a Bengali childhood nurtured on pujabarshikis and children’s magazines in the long decades before Star Trek hit Indian television. The strongest part of the book is its introductory chapter, which argues that the indigeneity of kalpabigyan (the term invented by Adrish Bardhan) deserves recognition outside the “global” and “post-colonial” realms of science fiction. However, the argument soon enters unsteady grounds. Rather than engage with kalpabigyan’s own conceptualizations of its world — say, Ray’s writings or Bardhan’s editorials in the magazine, Ashchorjo — Mukherjee brings in a diverse array of Euro-American theorists outside the field of science fiction, also perspectives from “energy humanities” and “chaos theory”, to outline the contours of “non-aligned Indian science fiction”. Apart from the statist undertones of the term — to which Ray, Mitra, and Bardhan would have certainly objected to — the complete absence of reference to pioneering science fiction work in Tamil, Hindi, Urdu, Oriya, Kannada, Marathi and other Indian languages makes the claim to “Indian”-ness even less compelling. 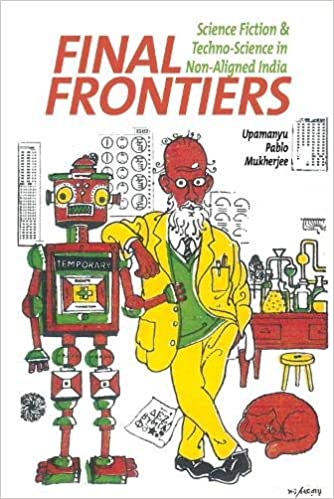 What follows is a long-winded socio-cultural explication of “Nehruvian science” — the framework gradually expands to include Syed Ahmed Khan, Bankim Chatterjee, Rajendralal Mitra, Mahendralal Sircar, Vivekananda and Ram Mohan Roy. As Mukherjee revisits the “laboratory lives” of Shonku and Ghona-da, he paraphrases some of their stories, overlooks their hilarious eccentricities and outright weirdness, while trying to drive home the sombre point that Nehru’s aspirations about India’s non-aligned role during the Cold War were reciprocated by “Nehruvian science fiction”.

Shonku suffers the fullest glare of the academic gaze as he has “entitled credibility as a professional scientist”; although this peace-loving solitary soul, instead of working in a State-funded research institution, chose to recluse himself in his personal laboratory in Giridih. Shonku is found displaying a “non-aligned sensibility of distrust” — for he is disinterested in “future wars” and “super weapons” — the use of Annihilin on aliens notwithstanding. Premendra Mitra takes the fall for Ghona-da: the short story, “Mosha”, marked the beginnings of Ghona-da’s tall tales in 1945; Mukherjee insists “Mitra’s Nehruvian perspective on the Cold War is fairly obvious here.” In the course of this historical-critical exegesis, Professor Nut-baltu-chakra narrowly escapes attention. Probably it has to do with Bardhan’s identification as “Gernsbackian”, but one has the suspicion something ‘Nehruvian’ is also at work.

The book leaves its reader cogitating about a complex image, which simply refuses to let go. Consider this: “utopic science fiction behaves exactly like a time-machine that enables its reader to momentarily become a Benjaminian angel of history, unable to defer the knowledge of the unfailing relations of the past, present and the possible futures because of the remorseless image of totality tattooed on her inner eyelids by the text.”

The time-travelling textual “totality” in the sentence is intelligible, and the idea of a time-machine transforming a reader into an angel, albeit momentarily, is tenable enough as the subject at hand is ‘science fiction’. What impedes understanding is the deep symbolic significance attached to the eyelid tattoos. Since the tattoos represent “totality” in the singular, what reality does this “angel of history” see inside her head? Is it liquid historical time pouring outside the time-machine, the pale reflections of the image contained within the tattoos, or a storm called ‘progress’ blowing outside? And what utopic, counter-cultural, or cyber-punk urge prompts the centenarian Angelus Novus (who incidentally turned hundred this year) to undergo the pain of having the “totality” tattoos carved on the inner eyelids in the first place?