Day of the long knives and other horrible histories

In 'Murder in ancient Rome', Emma Southon analyses real-life killings to illustrate how they affected politics, society and family in her chosen period 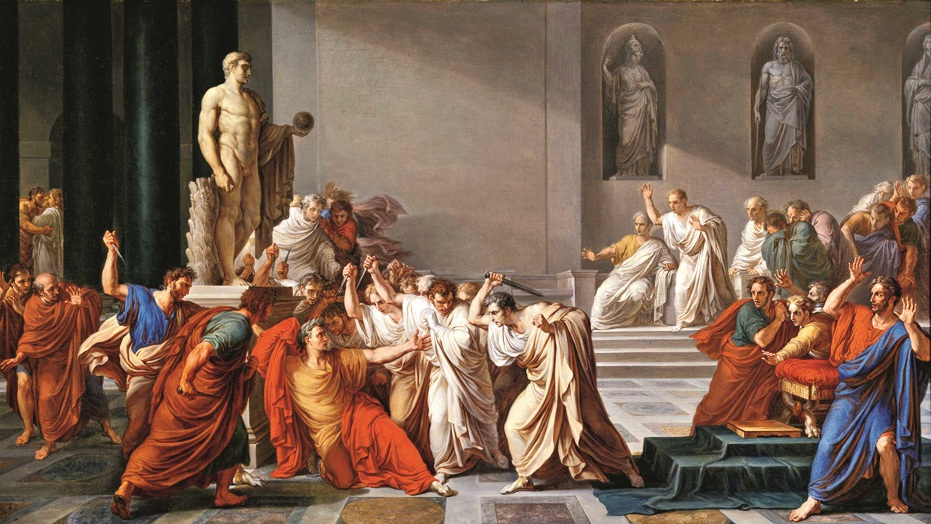 Fatal things happen everywhere in Emma Southon’s Rome, on the way to the Forum, in the Theatre of Pompey, on the highway, by the emperor’s chamber, in the bedroom or the kitchen, in the gladiatorial arena. Not all of these are murder for, as Southon says in the Introduction, murder is a constructed act. She demonstrates this through an account of the laws defining homicide, manslaughter and murder in Western countries today, showing how homicide — the killing of one human being by another — can be interpreted as manslaughter by one group of people and murder by others. Murder implies premeditation. Killing with intent but no planning is also murder, while killing without intent could be manslaughter. Southon is interpreting the concept in its widest sense in her work.

The author analyses real-life killings to illustrate how they affected politics, society and family in her chosen period. The Romans did not recognize murder in the way the modern world does, but they revelled in the killing of men, women and children, being, “frankly, weird about it”. Occasionally reminiscent of Horrible Histories, Southon’s satirically funny narrative shows that killings direct the course of Roman history. Every transformative moment is marked by murder: Rome was built on Remus’ blood spilled by Romulus; the Republic was born out of the aristocratic Lucretia’s suicide after the king’s son raped her and the people drove monarchy out; the Empire grew out of Julius Caesar’s assassination.

Southon’s chronicle continues into the Principate and Dominate phases of imperial Rome. She chattily brings together the evolution of murder as a concept, the radically different social arrangements of the Romans and the conflicts inhering in their changing political structures. Long before the murder of Caesar, members of the Senate killed Tiberius Gracchus, a tribune — representing the people — because he was championing the redistribution of land that patricians always acquired for themselves. Murder by senators was inconceivable before this. His brother, Gaius, also a tribune, had a follower kill him when the Senate went after him for the same reason. His head was cut off and displayed. This hammered home how much the bad guys were winning and loving it, says the author. These two murders exposed — Southon’s account seems to glance at Gramsci’s reading of Machiavelli here — the tension between patricians and plebeians, while — and this is Southon’s view — establishing violence as a means to settle political differences. “[M]urder,” she says, “was rapidly becoming business as usual.”

Social inequality had a determining effect on perceptions about murder. For a long time, only the violent deaths of patricians, or those who had dignitas and fama, mattered. Besides, Romans thrived on an “institutionalised, domestic and utterly pervasive form of slavery”; hundreds of slaves lived in aristocratic households while even poorer families had one. The more Rome expanded its empire the more slaves it acquired. They were not people though. The surviving bits of the Twelve Tables, the earliest Roman law code, compiled much later in Justinian’s Digest, indicate that a slave’s killing is equivalent to that of cattle — the owner must be compensated at the price they would have fetched the previous year. If slaves were not people, they could not be murdered. Even when murder became a concern of the State under Sulla, dead slaves would not count as murder victims. Only when a Roman noble wanted to throw a slave into a tank full of sharp-toothed lampreys for breaking a goblet did his guest, Emperor Augustus, punish him by ordering his men to break all his crockery. That was a rare exception. 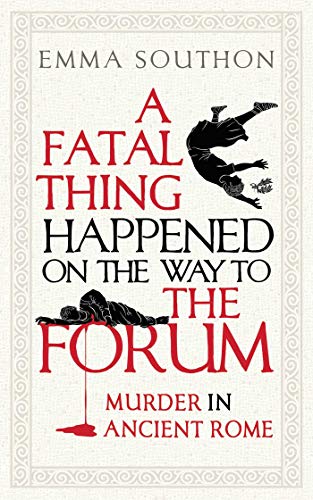 A fatal thing happened on the way to the forum: Murder in ancient Rome by Emma Southon, Oneworld, £16.99
Amazon

The gladiatorial games, meanwhile, made killing delightful public entertainment. All these would have moulded the citizens’ ideas of right and wrong and their perceptions of deliberate killing. The games, says Southon, “really encapsulate how extremely fucking different from us the Romans were”. Elsewhere, she deftly pictures a normal day when people conduct their daily business in constant contact with slaves who are no different from chairs or dust under the feet, while passing people nailed to crosses dying slowly in agony on the way to watch a highly trained slave kill his fallen rival by a gash to the side of his neck because that is what the crowd wants. Folk love watching the blood spout. Methods of killing are explained in detail; in crucifixion for example, certain angles are best to nail a man’s hands and feet. Jesus’ crossed ankles are unlikely, or unusual at least, feels Southon.

Her chirpy irreverence assimilates the dry facts of land distribution or law-making into a racy narrative so that the reader is not weighed down by the scholarship behind her analyses. She moves easily from the pomposities of Cicero to the horrors of Ted Bundy, from Nero’s favourite gladiator, Spiculus, to football icons and beloved pop stars. Her sources, most of whom are writing after the event, are also fair game: Tacitus, for instance, is really a “fun source” for the women of the Julio-Claudian period for he hated women like most people hate wasps. Romans ignored women anyway — one walking vagina was much like another.

Tacitus’ bias is one example of the difficulties of gleaning a credible account of the past from historians of ancient Rome. The time lapse between the event and its record is often a problem, sometimes aggravated by the historian’s desire to please his emperor or his location in a different social and political milieu. That members of the Senate were offended when Caesar kept sitting on their arrival would puzzle a historian in imperial Rome where the emperor did not get up to greet senators. Besides, perceptions and subject-matter were dictated by the position of the historians themselves, since most were among the elites who owned slaves and sat in the best seats watching gladiators fight to the death.

To balance this, Southon conveys the physicality of the violence — the touch, smell, feel and pure horror of the many varieties of death in public and in private, with the victims ranging from slaves to emperors. The Romans enumerated various punishments with relish too — putting a man into a sack with two snakes, a dog and a cockerel and throwing him into the sea was one. We are led into feeling the nightmare of the offender, irrespective of his offence. Without Southon’s steady focus and informal approach, the reader would have lost her way. The tone tires a little towards the end, especially when the narrative space becomes a bit crowded, but that does not prevent the book from being rich history and lots of fun.