Ranjeet Pratap on the idea of Pratilipi and more 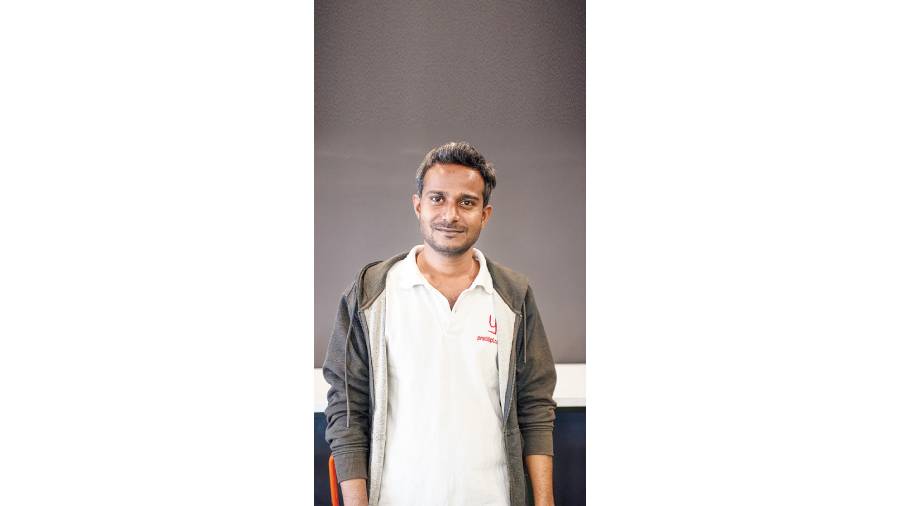 Ranjeet Pratap Singh, co-founder and CEO of Pratilipi
Sourced by the correspondent
Shrestha Saha   |   Published 26.08.21, 03:57 AM

Complaining to friends about the gaping lack of Hindi literature books to consume led Ranjeet Pratap Singh to the idea of Pratilipi, a digital archive of stories in multiples languages of which he is the co-founder and CEO. The storytelling community of readers and writers now has over 360,000 writers and over 25 million monthly readers across 12 Indian languages and regions. A deep love for books (having read 130-140 books in one year, we are told!) and stories led him to create a digital library where one can read and write just as they please. For Singh, access is key. With few extra hours a day added to our routines in the lockdown, access to good content is of paramount importance. On the platform, while some can vent their crowded thoughts into a piece, another like-minded soul could read and resonate. With storytelling changing formats with each passing hours, it is only fair to provide a platform to the beloved forms we have enjoyed in the past –– reading. All the platforms complement each other more than competing with each other, feels Singh as he cites the Marvel universe as an example. “People read the comics and also watch the films for an enhanced experience of the same story. That’s what we want everybody to have access to,” he said. With a bachelor’s degree in Computer Science and Engineering from KIIT University, Bhubaneswar, and an MBA from FMS, Delhi, Singh has previously worked with Vodafone and Citibank before taking this plunge with Pratilipi.

The Pratilipi homepage
Sourced by the correspondent

Having recently acquired Write Order, a book curating platform that edits, proofs, binds, designs, prints, markets and sells your book, getting into traditional publishing came naturally perhaps. Pratilipi is informed in its ambition to achieve what it has set out to. We spoke to Singh to understand which exact gaps he sees this service filling. Excerpts.

Tell us about the inception of Pratilipi.

I was born in a village where the only language of communication was Hindi. I started reading a lot of Hindi literature going through various stages –– classical, contemporary et al. It was during my engineering days that I grasped the dearth of Hindi content. Offline bookstores can maybe carry a couple of thousands of books. And online there really wasn’t anything, back in 2006. This was when I started reading in English while simultaneously complaining to my friends. People should ideally have access to literature in any language they wish to read it in –– German, Tamil, French, Telugu.... It should not be because of lack of access. It was when I quit my job and my friends rallied around me to actually solve this problem myself, did Pratilipi come together. They turned around to do this with me.

And the driving idea behind it would be….

It’s essentially access. Access is no longer limited to just language anymore, I believe. The basic premise is that if you want to share a story with the rest of the world, language, geography, format, money and technical literacy shouldn’t act as deterrents. And if the story is good, we figure out other formats in which the story could be shared. Can we basically build a product which finds the future J.K.Rowling? That’s the goal that we are working towards.

Would you consider yourself competing with conventional forms of publishing?

We don’t see ourselves as competition to traditional publishing houses. In fact we have partnered with few publishers to publish stories that were published on Pratilipi first. We think that traditional books are just another format.

Pratilipi doesn’t have a very tall goal claiming to make reading popular again. That’s not what we are trying to do. We don’t think we are smart or ambitious enough to do that. Our theory is simple –– if you want to read, we will ensure you have enough, in whatever format. We are definitely not trying to change user behaviour. That is why we have continued to launch newer languages and newer formats and we will continue to launch in newer geographies as well.

We have done some translations in the past as well but we will definitely do more in the future. Again, my theory is quite simple, if a story is well-received in one language, chances are they should be well-received in other languages as well.

Tell us a little about the audiobooks space and its evolution over the years.

For different use cases different formats work a little better. For example, the three major formats that we have today are audio, video and text. Text is great because it’s easy to browse through and it triggers your imaginative muscles. Irrespective of how much details a writer provides, there are blank spaces that can be filled in. Videos are the other extreme, it’s difficult to browse but it’s relatively easier to consume. It’s a running joke, the amount of time that is required to decide what to watch on Netflix. There is also the parallel that you don’t need to be completely watching a movie; one can watch a movie and have a drink or write a story. Audio is somewhere in between, it’s impossibly hard to browse. Ask any podcast creator who isn’t already a famous name! Otherwise it’s very hard to increase discoverability for audio. On the other hand, involvement is less because you can also drive a car or go for a run while listening to audio. So accordingly we can demarcate a separate platform to each piece of content.

Since you are a voracious reader, what are your thoughts on contemporary content and what are you reading right now?

I think reading is like eating food –– it’s not like comparing idli with dosa or aloo paratha. Some like one and some like the other. I think reading is similar for me and I read across genres and now across two languages Hindi and English. Currently I am re-reading Artemis Fowl by Eoin Colfer.