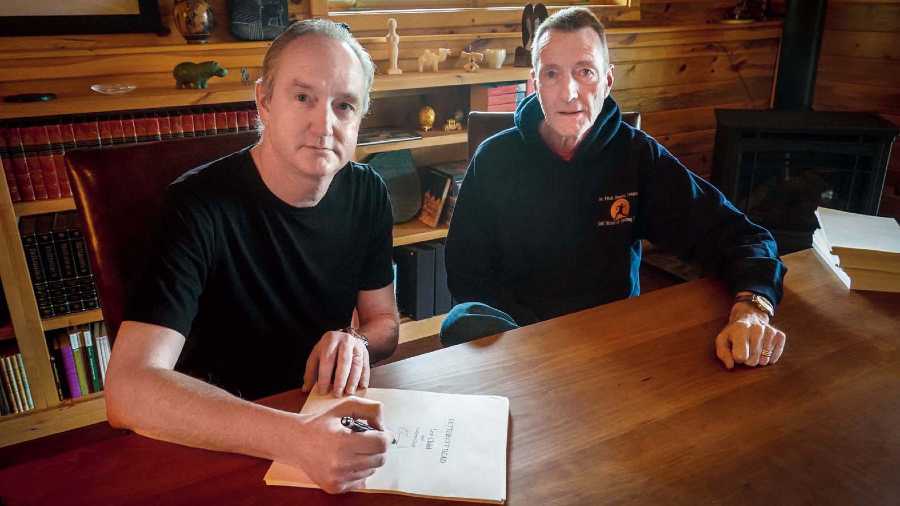 Last year, the man who understood the essence of pulp fiction well enough to give us the phenomenal character of Jack Reacher, announced that he was roping in his younger brother to co-author the next books. Lee and Andrew Child joined forces to give us Jack Reacher’s 25th novel –– The Sentinel. The world applauded and declared the association a success as Reacher never felt more familiar yet refreshing.

And while we were still trying to wrap our heads around Reacher’s encounter with ransomware, t2oS had a new email in their inbox announcing the 26th Jack Reacher novel –– Better Off Dead (Penguin India; Rs 699). Reacher is out on another adventure with a woman named Michaela Fenton, who is an army veteran turned FBI agent in search of her twin brother. For Lee Child fans, not much more needs to be said to set the premise and have them rushing to the bookstore to pick up a copy.

We got on a call with the authors to find out if things were any different about their second collaboration. Excerpts.

It has been 45 weeks since the launch of your last book, which was also the first in your co-authoring experience. Tell us the secret behind your quick turnaround time. Was anything different this time?

Lee: It indeed is a hard thing –– a book a year. You have to turn it around really fast. But having said that, in the old days, people did far more than what we do. They would do 10 books a year sometimes, fill up whole magazines with stories under pseudonyms. In comparison with pulp authors of the past, one book a year is actually quite luxurious. But it really doesn’t feel like it, does it, Andrew?

Andrew: It really doesn’t! I remember somebody described it once as the rolling of a boulder up a hill.  You push it all the way up to the top and just when you think you can take a breath and relax, it rolls back down on the other side, and you’ve got to immediately start pushing it back up again. So yeah, it could be worse but it certainly does feel like we’re constantly thinking about the next one.

And Andrew, at any point in time, in the process, did you feel that you didn’t sign up for this and that it is going too fast?

Andrew: Not really, because before I started working with Lee on the Reacher books, I had already written nine of my own. So I knew what was involved in turning out a book a year. The only thing that I wasn’t so familiar with is his method, which is quite different from mine. He doesn’t plan or outline everything. Every decision that the character makes in the story, he makes almost as if it’s in real-time so that everything feels immediate, urgent, and authentic. That was something I had to adapt to. So I knew the kind of broad outline of what I was letting myself in for. But some of the detail was certainly a little bit surprising — and a little bit uncomfortable.

Lee: Also the promotional side is a lot bigger now than it used to be. In the early days, I would be thrilled if I got two interviews for a book, and then it became eight interviews, and then 20. What we’re doing right now is an entire month of talking to people, which we love to do, but that’s time that we should really be writing. When you are an author selling a lot of books, the writing is actually the smallest part of it. It’s the promotion and all the other business that you got to do. 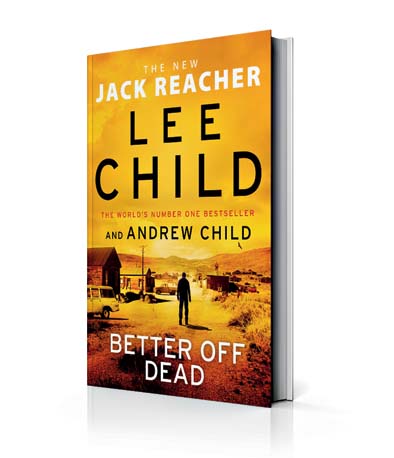 Andrew: That’s a great question. There has indeed been a growing emphasis on social media and that’s something I personally find very difficult because we’re in a slightly weird situation. We were born in England, but we live in America, and we write about an American hero! And I find social media difficult because it just seems too boastful to me, which leads me to have a troubled relationship with it. I’m old-school and I much prefer what we are doing right now where if there’s something that a reader wants to know I’m delighted to fill in the blanks, but I feel very awkward and self-conscious about doing that off my own bat, rather than waiting to be asked!

Lee: I am the same as Andrew that I have got no instinct or affection for social media at all. However, it’s still huge for books, but I can’t do it myself. I have a global team that does it for me in a coordinated fashion. I am quite bemused by it because as Andrew said, you’re either boastful, or even worse than boastful is that humble bragging thing that one ends up doing!

And now that you guys are two books down on your collaboration, do you think the sense of accomplishment at the end of the book is increasing?

Lee: There is nothing better than finishing a book! Borrowing Andrew’s metaphor of rolling a rock up the hill, it’s the last shove that requires the most amount of energy and momentum. The problem then is starting again next year. Something that I used to do that I found helpful was writing the first line of the next book along with the last line of the current one. In the same breath. Even if I came back to it months later, the energy would be the same.

Similarity brings us to Jack Reacher, who has lived through 26 books and yet has never for a second felt repetitive in his actions. How do you make Reacher behave in a way confidently knowing he hasn’t done the same thing before?

Lee: You have to ask Andrew that because that’s where fresh blood coming in helps! I am happy with the books I did but Andrew definitely does characters better than me. They are complicated in interesting ways and not as black-and-white as I used to make them.

Andrew: That’s very kind of you to say but I also think the reason we are able to keep everything new and fresh is because of how you built Reacher. He doesn’t have a job or a home and can go anywhere to do anything! If you write a series about a police detective who works in New Delhi, then every single book is going to start with some kind of a crime being committed in his jurisdiction. But for Reacher, sky is the limit. All he needs is a hook to get roped in. It’s a set-up to make the playing fields so broad that you could incorporate anything into it at any time. And I think that’s why we’re going to be able to keep going, hopefully, for many years to come, because we have almost infinite scope.

Lee: I didn’t know what email was when I wrote the first book. I got email after the first book came out. I would open my cupboard once a day and open my computer to check my mail. Just like walking down the driveway to get your mail. How primitive that feels compared to how we do things now, so much so that we are building in ransomware in Reacher’s stories (in The Sentinel)!

There was a fantastic opinion piece written by Lee recently about Reacher’s popularity encompassing a 101-year-old lady and a nine-year-old boy. Is it something that you have finally begun contemplating about?

Lee: Reacher’s appeal is truly global. He is published in 101 countries and there is an amazing mixture of ages and genders in his readership. So what is it that can appeal to all of humanity? It must be something very basic and fundamental if it can transcend all these national barriers –– and I think it is that people just want to do the right thing when they can. When two people walking down the street come across an injustice being done, they want to intervene and help but there are barriers. Maybe the guy has a gun or maybe one of them is physically incapable of helping out. So in real life, people all over the world are frustrated that they can’t be who they want to be.

Moreover, everybody in life has problems –– some big and some small. Who wouldn’t want someone stepping in to help them solve it and then vanishing from their lives with a ‘goodnight ma’am’? People want that to happen and that’s got to be the appeal of Reacher.