Vidya Krishnan’s journalistic writing, cleverly punctuated with data, raises the spectre of a future in which 'a simple cut to your finger could leave you fighting for your life' 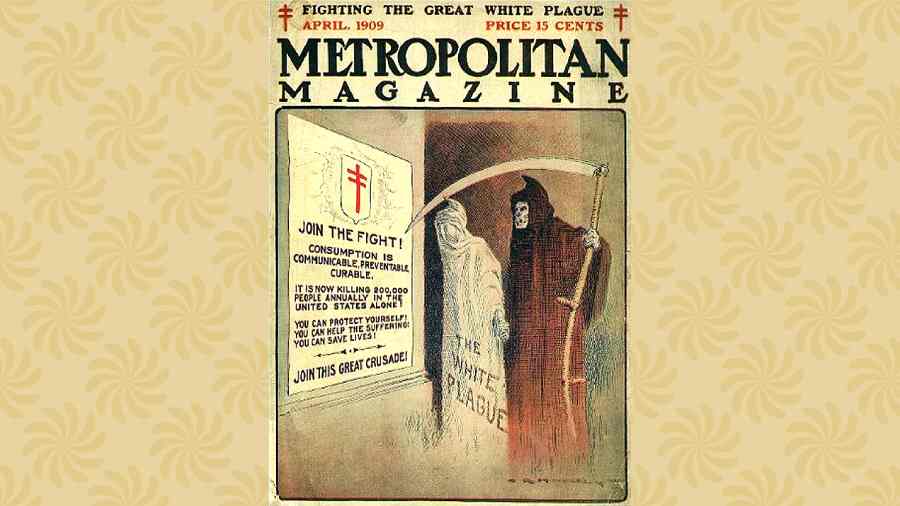 From Thomas Mann’s  The Magic Mountain to Ritwik Ghatak’s  Meghe Dhaka Tara, cough, blood, and despair — symptoms associated with tuberculosis — have been used as metonymies for death. Tuberculosis — an ancient, infectious disease — remains resilient, affecting around 10.4 million people annually. In spite of its decline in the last century, a more sinister form of  Mycobacterium tuberculosis is mounting a comeback. Vidya Krishnan’s  Phantom Plague is thus a necessary meditation on mankind’s enduring battle against a formidable foe, from the time it was called “consumption” to the present “postantibiotic” era. What is revealed in the process is that the causes of this “preventable” contagion are not only scientific but are also social and political.

Krishnan begins by tracing tuberculosis in 19th-century America by examining the episode of ‘vampire’ panic — a case of mass hysteria against the outbreak, which inspired Bram Stoker’s Dracula. The narrative then shifts focus to the stories of survivors and also chronicles the fascinating discoveries made by pioneers such as Ignaz Semmelweis, Joseph Lister, and Robert Koch that ultimately paved the way for the cure. Krishnan takes readers through the spit-covered Victorian-era sidewalks to present-day Mumbai’s “vertical slums” in order to map the full extent of the crisis.

Drawing on her experiences of two decades of health reporting, Krishnan attempts to decentre the first-world conversation around the scourge and highlights the inequalities between the Global North and the Global South, with a special focus on India. By doing so, she underlines the emergence of a “new form of medical apartheid”. The global order of trickle-down science has ensured that the magic pills “remain in a stranglehold” and poor countries continue to be deprived. Worse, the “overuse and misuse” of antibiotics has led to the mutation of a multidrug-resistant variant of tuberculosis, which, if not addressed immediately, can be another pandemic waiting in the wings.

Krishnan’s journalistic writing, cleverly punctuated with data, raises the spectre of a future in which “a simple cut to your finger could leave you fighting for your life”.