Her books include her debut, 'Cleaned Out,' a bracing account of her working-class youth, including the abortion carried out when it was still illegal in France, and 'A Simple Passion,' about her affair with a married foreign diplomat 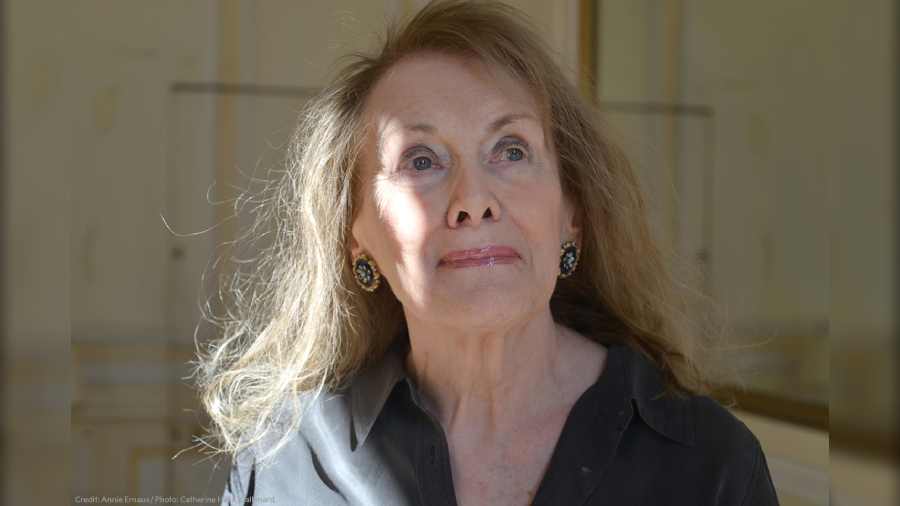 The Nobel Prize in literature was awarded Thursday to Annie Ernaux, the French novelist whose intensely personal books have highlighted incidents from her own life, including a back-street abortion in the 1960s and a passionate extramarital affair.

BREAKING NEWS:
The 2022 #NobelPrize in Literature is awarded to the French author Annie Ernaux “for the courage and clinical acuity with which she uncovers the roots, estrangements and collective restraints of personal memory.” pic.twitter.com/D9yAvki1LL

Mats Malm, the permanent secretary of the Nobel Committee, announced the decision at a news conference in Stockholm, saying she had received the award “for the courage and clinical acuity with which she uncovers the roots, estrangements and collective restraints of personal memory.”

The committee had not been able to reach Ernaux by telephone, Malm said, but he “expected her to become aware of the news soon.”

Ernaux, 82, becomes only the 17th female writer to have won the prize, widely considered the most prestigious award in world literature, since it was formed in 1901.

In ‘L’occupation’ (2002) Ernaux dissects the social mythology of romantic love. On the basis of notes in a diary recording her abandonment by a lover, she both confesses and attacks a self-image built on stereotypes. Writing becomes a sharp weapon dissecting truth.#NobelPrize

Ernaux’s books include her debut, “Cleaned Out,” a bracing account of her working-class youth, including the abortion, carried out when the procedure was still illegal in France, and “A Simple Passion,” a bestseller in France about Ernaux’s affair with a married foreign diplomat.

Outside France, she is perhaps best known for “The Years,” an experimental autobiography that weaves together events from over 70 years of Ernaux’s life with events from French history.

In 2019, “The Years” was shortlisted for the Booker International Prize, a major British award for fiction translated into English.

“This is an autobiography unlike any you have ever read,” Edmund White said in a review of that book for The New York Times.

Her works have long been praised by critics. Ernaux’s autobiographical novels defy “the demands of her genre — the desire for melodramatic intimate revelation and the smoothness of fictional tale-telling,” Claire Messud wrote in the Times in 1998. The books instead “offer a searing authenticity and reveal the slipperiness of much that we call memoir.”

With great courage and clinical acuity, Annie Ernaux reveals the agony of the experience of class, describing shame, humiliation, jealousy or inability to see who you are, she has achieved something admirable and enduring.#NobelPrize

Ernaux first tried writing in college, but her book was rejected by publishers as “too ambitious,” she told the Times in 2020. She didn’t take up writing again until her 30s, when she was a married mother of two, working as a French teacher.

She wrote “Cleaned Out” in secret. “My husband had made fun of me after my first manuscript,” Ernaux said. “I pretended to work on a Ph.D. thesis to have time alone.” After the book was published, her husband reacted badly again. “He told me: If you’re capable of writing a book in secret, then you’re capable of cheating on me,” Ernaux said. Soon, she was writing about her unhappy marriage.

Later books detailed her mother’s Alzheimer’s disease and Ernaux’s experience of cancer, as well as happier events, such as her affairs.

Ernaux has long been a favorite for the prize, although before Thursday’s announcement, Salman Rushdie had been expected to take the accolade. Rushdie, the Booker Prize-winning author of “Midnight’s Children,” was stabbed in August on a western New York stage in what prosecutors said was a premeditated attack.

The Nobel Prize, which is given for a writer’s entire body of work, is regarded as the foremost prize in world literature, with past winners having included Toni Morrison, J.M. Coetzee and even Bob Dylan. It comes with an award of 10 million Swedish krona, or about $911,000.

The Swedish Academy, which awards the prize, has in recent years tried to increase the diversity of authors considered for the prize, after facing criticism that before today’s announcement, 95 of the past 118 Nobel laureates have been European or North America, and only 16 women. Last year’s award went to Abdulrazak Gurnah, an author who was born in Tanzania and whose novels focus on experiences of migration. He was the first Black writer to receive the prize since Morrison in 1993, and the first African to win in more than a decade.