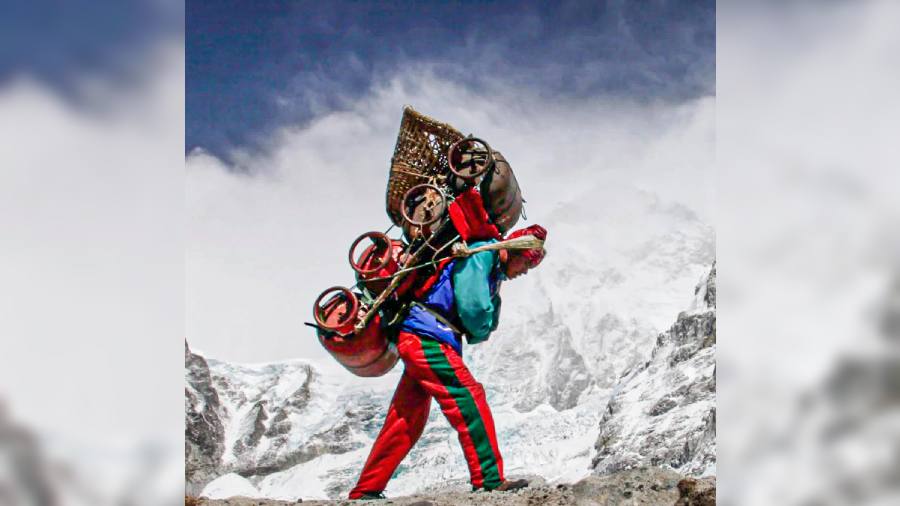 Book: Sherpa: Stories Of Life And Death From The Forgotten Guardians Of Everest

If, at all, people have been able to claim themselves to be the conquerors of Mount Everest, then the credit goes to the Sherpa community, a Himalayan ethnic group of Nepal. This is because Sherpas not only accompany their clients on the journey to the top of the summit, ensuring their physical well-being and safety often at the risk of their lives, but also advise them when is the right time to decide against the adventurous ride.

While there’s a plethora of books on the romance of climbing Everest and mountaineering, human-centric stories of Sherpas aren’t told with as much sensitivity, candour, and creativity as they’re in Sherpa by the Kathmandu-based writer and social science researcher, Ankit Babu Adhikari, and the BBC journalist also based in Kathmandu, Pradeep Bashyal.

Divided into 12 chapters, this book narrates the life that is lived in between achievements and failures — the times when you’re at your most vulnerable as everything seems to be against you and it’s difficult to even be hopeful.

From celebrated Sherpas like Tenzing Norgay (the first person, along with Sir Edmund Hillary, to reach Everest), Pasang Lhamu (the first Nepali woman to do the same), and Kami Rita Sherpa (who reached the summit a record 26 times) to their little-known peers who’re doing incredible work, such as Phurba Tenzing whose company “takes people with disabilities to the top of the world”, Sherpa is a unique record of the now multimillion-dollar ‘Everest Industry’.

It is rewarding to read this book for several reasons. First, in telling Sherpas’ stories, the authors blend oral storytelling and fact-based reportage with beliefs and faith that are central to the Sherpas. Sample this: until Tenzing Norgay’s extraordinary achievement, the Sherpas didn’t view “climbing a mountain as [neither] a recreational pursuit, nor as a matter of national pride” because “for them,” the authors note, “the glaciers had been left entirely untouched because these snow-covered peaks were known to be the revered abode of the gods. Moreover, many Sherpas thought that stepping upon the pristine mountain that embodied the power of the mother goddess would be a profoundly disrespectful, even sinful, act.”

Second, for a book like this to touch upon aspects like child marriage, patriarchy, bonded labour, political situations and geopolitical relations, while recording the exemplar stories that neither dramatise the narrative nor market the risky profession that the Sherpas are involved in proved to be interesting.

Be it the bone-chilling story of Kushang Dorjee, the first person to reach Sagarmatha — the Nepali name of Mount Everest — from three sides to the depressing retelling of the 2014 ice avalanche tragedy in which 16 Sherpas died, every minute detail is richly documented. In yet another hard-hitting chapter, Sherpa women express how climbing the mountains is more difficult for them than their male counterparts. “Throughout the day, we would struggle to keep ourselves alive in the mountains,” Lhakpa Futi tells the authors. “In the night, as we slept in the tents, the threat was over the safety of our bodies.”

What angered me was reading how high-altitude scientists at the University of Utah and Intermountain Healthcare grabbed hold of Apa and Lhakpa Gelu, who moved over a decade ago to live in Salt Lake City, “to explore and examine the Sherpas’ strength and resilience in the mountains”. The stereotype-ridden questionnaire and the obsession to treat them as if they’re aliens are disturbing.

Sherpa leaves you with a scintilla of emotions — a range as diverse as the different emotional journeys one happens to experience while scaling or descending Everest.