Advertisement
Home / Culture / Books / I write because I see it as a form of defiance: Shrutidhora

I write because I see it as a form of defiance: Shrutidhora

In her new book, the author dismantles the most fundamental assumptions around creativity, challenging the notion of what it means to be a writer 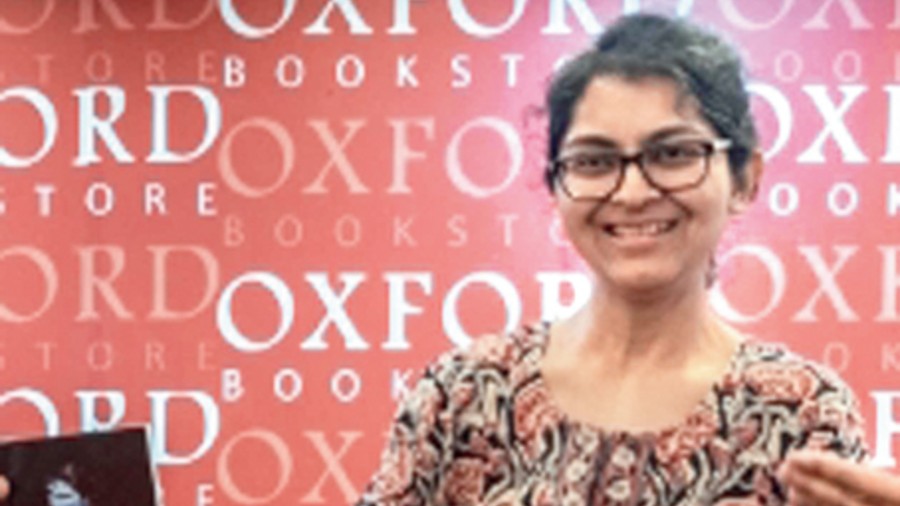 I write because I see it as a form of defiance,” is how Shrutidhora P Mohor (a pseudonym for Prothoma Rai Chaudhuri, senior professor of political science at St. Xavier’s College, Calcutta) describes her motivation behind penning fiction, something she has been doing at a prolific rate (besides her academic commitments) since her debut novel, The Unknown Script, was published in 2018. Once the pandemic broke out last year and the world of academia shifted online, Mohor made use of her extra time at home to churn out a series of books, each more gripping than the last. Published in March 2021, The Trespasser is the latest addition to her oeuvre — a book with a premise so tantalising it is bound to hook the lay reader as well as the ardent critic.

A text within a text

The Trespasser (published by Ukiyoto) is an act of a meta-composition — Mohor writes about her protagonist (who remains unnamed), who, in turn, is attempting to write his own magnum opus. The result is a text that operates at two levels — at the conventional level of the plot that Mohor is in charge of, and at the level of identity where the protagonist seems to be losing control over his own story with every succeeding chapter.

Set in Puducherry, The Trespasser contains all the signature strokes of Mohor— the subtle dovetailing of politics and culture (reflected here in the Tamil-French socio-political dichotomy), the insertion of romance that thrives on ambiguity, the presence of enigmatic characters like the appropriately named Maya, and purple passages like the one below that capture the elegance with which Mohor goes about her business.

“Full stops can never be trusted.... There is, I believe, something illicit about the first few letters after every full stop; the letters know they are not expected, not too welcome perhaps, but nonetheless they spill over, from the darkness of the abyss in the author’s mind to the absorbent whiteness of the page being written on.”

However, what sets The Trespasser apart from Mohor’s previous work is its mission to contend with the dialectics of authorship. If the author is ultimately writing for their reader, does the reader have the greatest power over the written word? Can the reader step in to complete the author’s story once the latter has ceased to perform their role? Should the reader and the writer be blended into one entity or must they always function as conflicting components in the creative process? 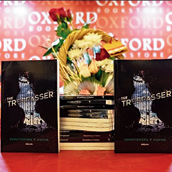 The Trespasser is priced at Rs 199
Sourced by the correspondent

THE MAPPING OF MEANING

The Trespasser raises a lot of intriguing questions, but none more vital than the question of who gets to decide the meaning of a story.

The mapping of meaning in The Trespasser is a complex activity. After thoroughly engaging the reader with the multiple and multifarious signals that ooze out of every paragraph, Mohor bestows upon the reader the rare gift of roving through the text and digging out their own clues to make complete sense of everything that unfolds. Naturally, such an arrangement makes for a few loose ends in the plot that can only be tightened by the reader’s imagination.

The ending of the book demands the biggest investment of imagination on the reader’s part, with Mohor taking the device of the open-ended conclusion to a level rarely seen in contemporary Indian writing in English. In a textual counterpart of Netflix’s Bandersnatch, the reader is presented with a bouquet of options, each of which defines the story in a different light by inviting the reader to opt for what they choose to believe.

In her previous novella, The Last Gift, Mohor had supplanted the traditional concept of inspiration in art through the symbiotic dynamic between two sublime artists. Now, with The Trespasser, she has gone one step further, inverting the basic paradigm of connotation and interpretation through the travails of an extremely ambitious author whose ideas are only matched by his desperation to execute them.

In the time to come, The Trespasser is likely to be seen as a milestone publication for Mohor, one which significantly expanded the scope of her literary arsenal, allowing her the freedom to keep growing, to keep defying.