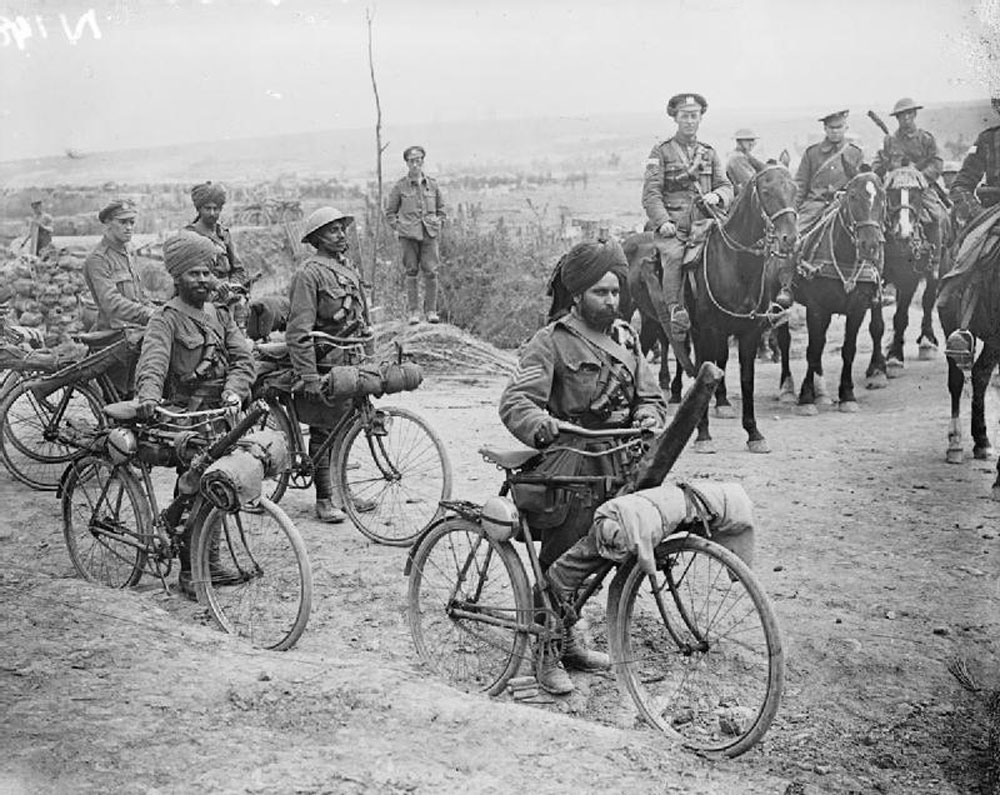 The Indian Empire At War: From Jihad to Victory, The Untold Story of the Indian Army in the First World War By George Morton-Jack, Little, Brown, Rs 699

The strategic importance of India within the British Empire, as is well known, rested primarily on the importance of the Indian army. The classic exposition of the official position is represented in Lord Salisbury’s oft-quoted observation made in 1882 about India being “an English barrack in the Oriental Seas” used in maintaining order and crushing any signs of resistance throughout Britain’s Afro-Asian empire. While this dependence was acknowledged, the colonial administration, however, had never forgotten the lessons of the Revolt of 1857 and sought to keep the army firmly under control through strict monitoring, maintenance of white supremacy within the organisation and through ethnic composition of the army units — making it into a mosaic of different ethnic groups, with preference being given to ‘martial races’.

By 1915, Muslims (mostly Punjabi Muslims and various Pashtun tribal groups from the North West Frontier Province) composed 40 per cent of the army, Hindus 30 per cent, Sikhs made up another 19 per cent while the percentage of Gurkhas was 10. The main catchment areas remained the villages in northern and northwest India and in Nepal and NWFP where jobs in the army were often looked upon as the only possible ‘honourable’ source of employment for thousands of illiterate young men. Army life also provided such young men with an opportunity to engage with the external world. The author quotes a British civilian who says that a favourite semi-official nickname for the Indian army was “peasant’s University”.

In The Indian Empire At War George Morton-Jack’s detailed analysis of the Indian army in action during the First World War is a fascinating study of how participation in the Great War transformed its world view and character. The pre-war policy of the Indian army’s engagements being limited to fighting non-whites was now changed as a beleaguered British government allowed the Indian expeditionary force to be deployed in Europe to fight the Germans directly, along with its deployment in other Asian and African war theatres. In the battlegrounds in France, Belgium, and Greece and outside Europe in Africa and West Asia and even in secret missions in Central Asia and in Eurasia, the Indian army fought side by side with other armies like, for instance, the Australians and the New Zealanders against the Central forces, the Germans, Turks and their supporters elsewhere. Countering the traditional military history narrative that the Indian army was not very effective during the First World War, Morton-Jack argues that in statistical terms the number of Indian desertions or of attempts to escape the trenches by self-inflicted wounds was minuscule throughout the war. Neither did the German and Ottoman attempts to lure the Indian Muslim soldiers through the declaration of jihad against the British and their allies lead to any large-scale defections from the army.

That, however, did not mean that the soldiers were unaware of the shortcomings of the imperial system. Detailed use of archival material along with several unutilised sources in the form of official records, with letters and diaries of army veterans, throw gleams of light on the nature of such transformation. Wartime experiences of bonhomie and camaraderie along with a deeply enriching experience achieved through travel and the experiencing of different and divergent cultures had generated new expectations. Opportunities like the opening of the King’s Commission to Indians and economic advantages through extra benefits in salaries and pensions along with land grants, particularly in the canal colonies in Punjab, were often offset by the deep notions of racial superiority within the Indian army’s structure that were retained beyond 1919. Numerous wartime veterans were found to be bitterly recollecting the more friendly people in other parts of Europe, particularly France, as compared to the British. Some army veterans in the NWFP (particularly the Mahsuds), in fact, would be taking up arms against the government during the declaration of jihad by the Afghan ruler, Amanullah, in 1919, leading to the outbreak of the third Anglo-Afghan war. Still others would join the civil disobedience movement led by Gandhi.

But, as the author concludes, by and large, the army units remained loyal. The progressive indigenisation of the officer class along with similar experimentations in other institutions of the colonial State during the 1930s and 1940s did not quite alter the stalemate in the relationship between Indian nationalists and the Indian army veterans. While sections of the indigenised bureaucracy begin to display a more independent style of functioning, increasing their contact with the nationalists through the institutionalised process of self-government and also individually, the Indian army was still categorised as an ‘imperial mercenary army’.

The notions of self-governance, independence, nationalism certainly became issues under discussion amongst the army veterans, particularly after the First World War, but generally it did not alter their attitude of indifference to the nationalist movement or destroy their loyalty for the colonial State. That breach would finally come during the end period of the Second World War through the creation of the Indian National Army and the rebellion by sections of the Royal Indian Air Force and the navy during 1946. But that is a different story.

Overall, George Morton-Jack’s lucidly written book would be a must read for students of modern Indian history and anyone interested in the history of the Indian army during a crucial phase of global history.