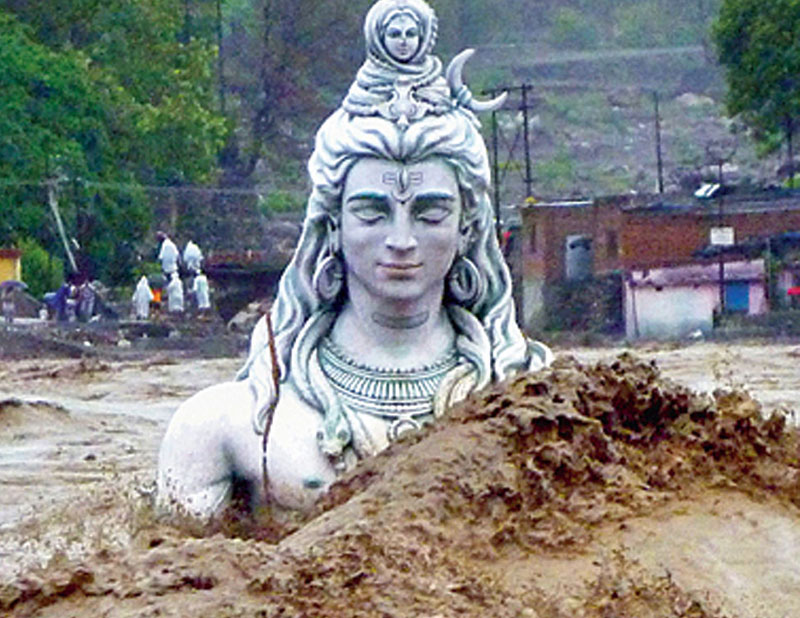 Unruly Waters enriches the spirit of enquiry, much like a river nourishing its banks. What makes this enrichment possible is Sunil Amrith’s knowledgeable and sustained effort to push the boundaries of pedagogy. The book strikes at the heart of the intellectual tradition that posits identity — and identity only — as fundamental to the comprehension of the meandering flow of history in South Asia. Amrith, however, opens a new flank with his formidable research: environment, more particularly, the ecology of water, he writes, could be as critical in analysing broader political transformations in this setting. The zeal to break new ground — like a river changing course? — is one of the features of this engaging work, which reimagines Asian history through its unquiet waters — rain, river, sea — as well as the men — conquerors, weather-watchers, engineers — who dreamt of mastering their turbulence.

Laymen and historians are often comfortable with binaries, pitting the nationalist against the imperialist. But Unruly Waters identifies areas of convergence. The colonial ambition to tame the waters, as an insurance against drought or to expedite trade and communication, undoubtedly influenced the Nehruvian dream of damming rivers immediately after Independence. But industrial profit alone cannot explain the urge — and anxieties — that are shared across cultures. “The control of water conferred political power.” It is thus not a matter of simple coincidence that India and China, having endured years of imperial humiliation, sought to redeem themselves through their battles with water. In hindsight, their conflicts foster a troubling association between nationalism and anti-environmentalism.

The life and times of the architects of such hydraulic civilizations is mined dexterously. The profiles dug up are fascinating. By the 1890s, “Madras… maintained eighteen observatories under the directorship of Elizabeth Isis Pogson… Isis was taken on… in the role of ‘computer,’ earning the salary of a ‘cook or a coachman.’” There is the gifted Mokshagundam Visvesvaraya, who, apart from patenting a novel system of automatic sluice gates, also envisioned a dam for the Kaveri. David Lilienthal, an American, had proposed a collaborative approach between the water engineers of India and Pakistan to resolve their disputes. He remains overshadowed by the very disputes he tried to end.

The unprecedented exploitation of Asian water resources now endangers the continent. The crisis has been precipitated further by the changing climate. The war on water has evidently yielded a pyrrhic victory for India. Amrith invests his faith in the “realms of science and civil society” in order to resolve this unfolding crisis. But he reminds readers that the mobilisation of transregional environmental support can be undermined not only by a malevolent State but also the blinkers imposed by nationalism. The latter explains modern India’s criminal apathy to the Ganges. Given that this is India’s golden age in hypernationalism, a collaborative intervention against an imminent ecological crisis, the kind that Lilienthal proposed, remains a heretical proposition at the political level.