Guy Fawkes is celebrated even 400 years after his death

The poor guy has been beaten by ghosts 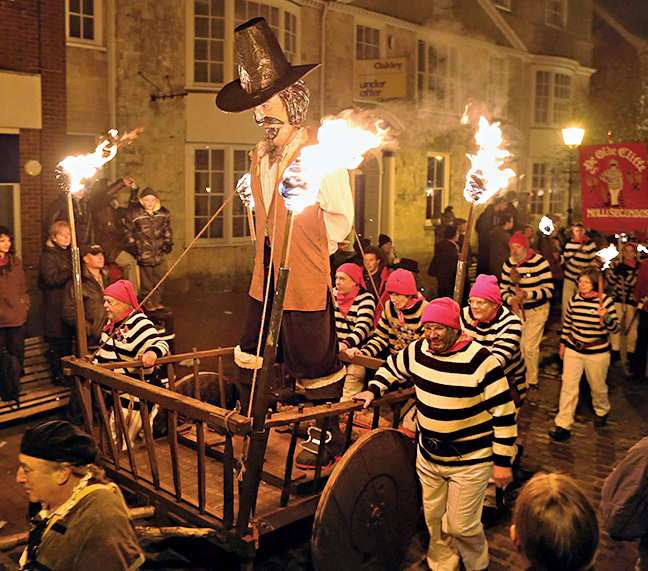 Poor Guy Fawkes. First, this devout Catholic failed to blow up a Protestant King and his Parliament with gunpowder in 1605. Next, over four centuries later, Fawkes, now a ghost, has been beaten in pageantry by fellow spirits. Is not Halloween more popular than Guy Fawkes Night — it falls on November 5 — in the United Kingdom?

Fawkes may not have anticipated his fall from grace even in the afterlife. Till a few years ago, on the fifth of November, the night sky in the UK would be lit up by bonfires, honouring a tradition that began after Londoners were egged on to celebrate their king’s deliverance. Thomas Hardy’s The Return of the Native describes this ritual poignantly: “Red suns and tufts of fire one by one began to arise, flecking the whole country round.”

Hardy was one among many writers who have mined the legacy and the rituals associated with Fawkes. Shakespeare’s Macbeth and King Lear — the first draft of the latter appeared in 1605-06 — apparently bear references to a botched palace plot; John Milton has the pope conspire with Satan to bring destruction in one of his poems. In “Paradise Lost”, one of the weapons that the devil conjures to challenge god is — tellingly — gunpowder.

The modern literary mind has remained as enamoured of Fawkes. J.K. Rowling, never shy of turning things upside down, made Fawkes Harry’s saviour. But then Rowling is an exception. In Seventy-Two Virgins, Boris Johnson, that not-so-venerable politician and novelist, turns Fawkes into — no prizes for guessing — an Islamist bomber. But why blame Johnson alone? V for Vendetta, a cult graphic novel of the late 1980s, depicted an anarchist in a Guy Fawkes mask.

Fawkes’s literary immortality can perhaps be explained by a persistent, collective anxiety concerning subversive elements that allegedly threaten the forces of order. Does Fawkes then predate the Joker as an agent of chaos?

It isn’t as if the powers-that-be are any safer today. Then what explains Fawkes’s waning in the public consciousness? Could it be that ghosts — why should they be called ghouls? — are less malevolent than anarchists? Some writers have always known this to be true. Why else would Leela Majumdar write a magical book — Shob Bhuture — where lovable spooks help humans, adults as well as children, battle such formidable spectres as grief, loneliness, prejudice and discrimination?