Ganesh Devy's attempt to invoke the past to buttress his political-ideological project of the present has rendered the book dull, repetitive and didactic 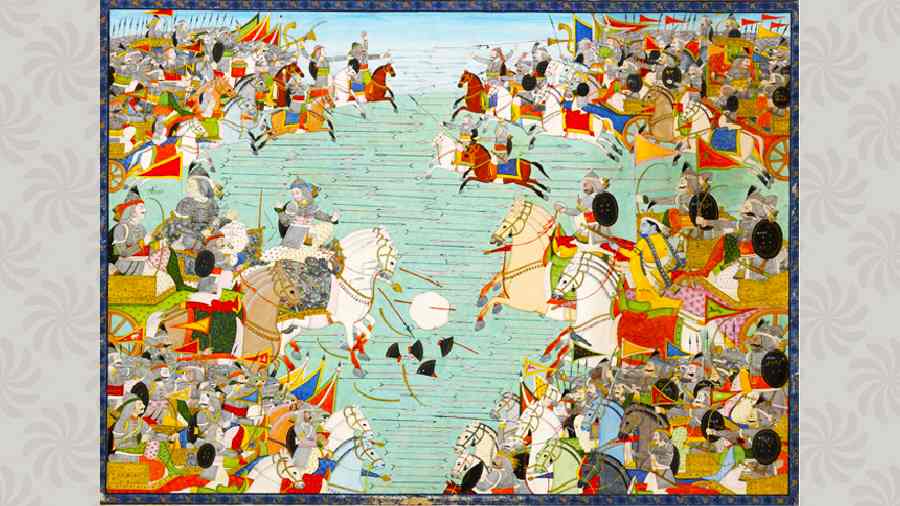 Book: Mahabharata: The Epic and The Nation

This is an extended essay on the timeless significance of Mahabharata by one of the well-known literary critics and cultural activists of our times. Ganesh Devy expends much of his intellectual energy in underlining the unparalleled virtues of this mythical-historical oeuvre — itihasa. Sure enough, Mahabharata’s cultural influence remains overwhelming throughout the tumultuous vicissitudes of Indian history. Its stories resonate with moral dilemmas and ethical spasms spanning linguistic, ethnic and geographical divides. They have animated the works of littérateurs, painters, artists, folklorists, street performers and playwrights. Modern theatre and cinema are hardly untouched by them and it continues to engage philosophers and thinkers in contemporary times.

Devy attempts to discover the kernel of Mahabharata’s unprecedented sway over castes and tribes without it ever being sanctified as the ultimate sacred treatise of a given religion. It never had the scriptural authority of the Vedas, Upanishads or Dharmashastras. Yet, it reached communities well beyond the usual ken of Brahminical Hinduism. It remains part of our shared legacy as Indians. According to Devy, it is Mahabharata’s unique way of engaging with myth that lends it an epical gravitas. Not only does Mahabharata draw upon variegated myths encompassing the divine, humans, sub-humans and animals but it also produces them in a singular outburst of poetic creativity. Not surprisingly, it poses a challenge to Western canons of understanding an epic.

Devy quotes profusely from the works of Sri Aurobindo and Vivekananda to reinforce his central thesis of Mahabharata’s continuing cultural hold on the public imagination. He calls forth the jumbled-up authority of Ambedkar and Gandhi to drive home the salience of inclusiveness as a national imperative. However, his arguments appear laboured when he starts locating this inclusiveness as the primal force of Mahabharata. He lapses into a presentist reading of the past. His cherished idea of an inclusive India makes him see elements of accommodation, co-existence, intermingling and inclusion as the building blocks of Mahabharata. He goes further and asserts that Mahabharata’s persistent attraction lies in its varna-transcending character. For Devy, Mahabharata privileges porousness — rather than rigidity — of boundaries of all kinds. Its characters move freely between the sacred and the profane, the natural and the supernatural, this-worldly and the other worldly. In Devy’s reading, these boundary-defying contents are absent among the vast scriptural corpus of our ancient past.

Retrospective reading of one’s cultural past and selective appropriation and accentuation of its positive values have proven to be a weak intellectual weapon to combat the divisiveness of our times. For how long will we look into our past to reaffirm the ideals of pluralism and diversity? The political battles of the present have to be fought in terms of contemporary configurations of values and ethics. Pasts cannot often be valuable guides in such combats. Devy’s attempt to invoke the past to buttress his political-ideological project of the present has rendered the text dull, repetitive and didactic. Selective reading Manish Thakur