Young Castro: The Making of a Revolutionary by Jonathan Hansen is a disappointing work 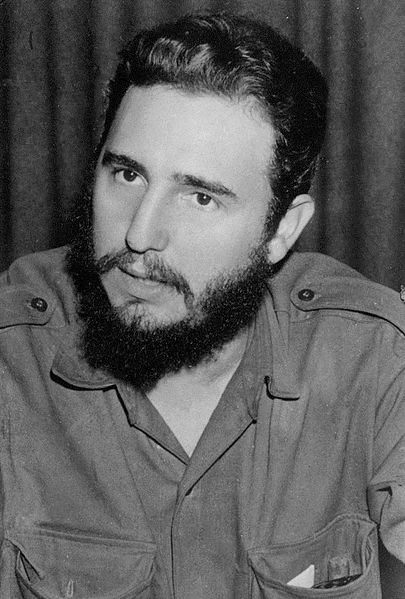 The biography of Fidel Castro -- Young Castro: The Making of a Revolutionary -- by Jonathan Hansen is an interesting addition to writings on Castro, although even a cursory internet search will reveal an already vast number. Hansen had privileged access to personal letters of the young Castro while he was in prison. A little before her death, Naty Revuelta, Castro’s lover and the mother of his daughter, agreed to let him see her correspondence with Fidel. He also had access to the Castro archives in Havana. Except for the love letters, though, most of the material has been used earlier. But with Castro dead, what does the focus on the young Castro, with the developments after 1959 compressed into a few brief remarks mean? Perhaps Hansen is trying to write a history of the making of a revolution through the life of an individual. This, however, has its own problems. The chosen hero towers over the events. This mode, too, has been attempted earlier. In 1998, Deborah Shnookal and Pedro Álvarez Tabío compiled a series of Castro’s statements about his childhood, published as Fidel: My Early Years. There is also Ignacio Ramonet’s interview-based book in 2006. Both appear as footnotes in Hansen’s work.

Castro’s background was not simple, as the first part of the work indicates. His father, Ángel Castro, was a Spaniard poor enough to be drafted and sent to Cuba to protect this outpost of Empire from the patriotic democratic forces of José Martí. After Cuba’s independence, Ángel became a rural capitalist, acquiring land and developing good relations with the United Fruit Company plantation close by. But he also opened up his home to his workers and provided work for those who needed it. This ambience in his youth helped Fidel develop his feelings for the poor in Cuba.

The next part is better known to those who have studied the Cuban revolution or Castro. As a student in a right wing school, the Colegio de Belén, young Fidel had the opportunity to become a part of the emerging generation of Cuba’s elite. Belén had supported Franco in the Spanish Civil War. The Cuban Congress in 1945 wanted private schools to fall in line with the national sentiment in rejecting falangism, fascism and Nazism. Castro was one of the speakers defending his school’s ideological agenda. Moving to law school, however, he began to show his political ambitions. He came into conflict with a mafia that dominated the university. Chosen to speak at a commemoration of student martyrs of the Cuban liberation struggle, Castro launched a blistering attack on the president, Ramon Grau, as well as his predecessors, Machado and Batista. The long narrative of student groups and their violence can confuse the reader, but a careful reading will show that a democratic spirit, a defence of rights, was emerging from the speeches and writings of young Fidel.

But even at this stage Castro was connected to the upper echelons of Cuban society. He would marry Mirta Diaz-Balart from an elite family. One of their gifts came from the man who would later arrest him and still later be ousted by him — Fulgencio Batista.

Batista’s coup of 1952, and Castro’s determination to oust him through an armed resistance, is well-known ground. Hansen covers it, along with the arrest and the subsequent period. This is where the letters given to him by Naty Revuelta came in really useful.

The second part of the book is predictably more about the plans for return to Cuba, the armed struggle and the eventual triumph. In any life of Castro, this would be inevitable. However, this is where the biography-as-history model fails badly. Hansen repeatedly talks about Cuba Libre. But he does not spell out in detail the vision. We do get interesting information, which, put together in the sequence Hansen does, suggests how statistically unusual it was that Castro provided the Cuban revolution with its leadership.

During the July 26, 1953 assault, the rebels who were taken captive were executed and their deaths disguised to make it look as though they had fallen in battle. The Castro brothers, who were arrested later, escaped execution because they were imprisoned in the city jail instead of the Moncada Barracks, where they probably would have been killed too. After conviction, Castro served only 20 months of his 26-year prison term, and later, while in exile in Mexico City, Castro and members of the July 26 movement escaped deportation after their cache of weapons was discovered.

But this is as far as his story goes. For someone from the United States of America given rare access to Cuban archives, he fails in pursuing key lines. Castro’s Marxism is not explored in any detail, with just the suggestion that it was US hostility that forced him to turn to the former Soviet Union for help. And his vision of revolution is simplified enormously. Why did he repeatedly invoke José Martí? For Hansen, revolution was an obsession with Castro. Castro, by contrast, knew Martí, and his ideas about revolution. Martí had proclaimed that Cubans must know dignity, and know that they know dignity. The revolution was of course about material goods of which the ordinary Cuban was deprived. But it was also about being human. This would be where Castro’s consistency would push him towards his own kind of Marxism. And that would be one where he would draw resources, not just from first world theorists, but also from people of his own continent. He would relate to Bolívar, to Martí, and to other revolutionaries. What is it to get real human independence? This would be something that would drive Castro.

Because Hansen does not see the vision of the revolutionaries, assuming that only the first world produces theories and driving forces (an assumption that is of course common to many first world academics) he is unable to understand why Martí’s vision of Cuba Libre needed a more careful examination for the evolution of the young Castro. And this vision was what tied Castro to other revolutionaries. In the final pages of Hansen’s book, Castro starts to stand alone, as the only man who represented the revolution. In a book published in 2019, Hansen still claims that Guevara left Castro because he “seems to have recognized by that time that Cuba was not big enough for the two of them”. Piero Gleijeses, drawing quite extensively on archives both Cuban and other, including materials used by the CIA, presents both a wonderful account of Cuban foreign policy, which was truly internationalist, and a much more closely reasoned argument about why Che Guevara left Cuba than the one sky-two suns hypothesis of Hansen. In that sense, given his access, Hansen presents a disappointing work.