Advertisement
Home / Culture / Books / Father, son and a nation in the making

Father, son and a nation in the making

C.B. Dalal’s excellent book —Harilal Gandhi: A Life -- reveals the convergence of the personal and the political in Gandhi’s life in illuminating ways 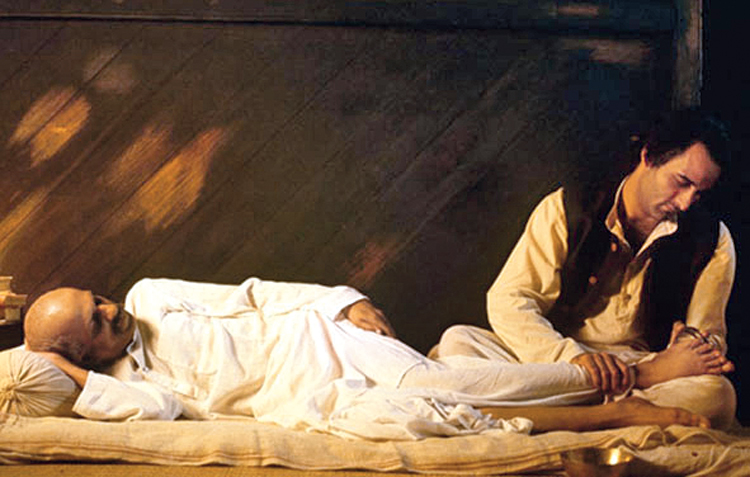 The identity of India’s paterfamilias has been brought under scrutiny. The prime minister’s legion of admirers has declared Narendra Modi to be the new Father of the Country, dismissing the legitimacy of the original — bona fide — claimant, that peerless man who was born this month one hundred and fifty years ago.

It must, however, be borne in mind that the Mahatma’s responsibilities towards fatherhood and the nation were not mutually exclusive. An assessment of M.K. Gandhi’s tumultuous relationship with his eldest son, Harilal –— the subject of C.B. Dalal’s excellent, objective book — reveals the convergence of the personal and the political in Gandhi’s life in illuminating ways.

In Harilal Gandhi: A Life, translated from Gujarati by Tridip Suhrud, Dalal writes about the son’s conversion to Islam in 1936. Even though it is possible that Harilal’s action –— it had distressed Kasturba — was motivated by Gandhi’s stubborn refusal to entertain his persistent demands for money, it is also plausible that Harilal was genuinely aggrieved by his father’s rigour and conservatism. But the symbolic magnitude of Harilal’s act has to be placed in context. He chose to become a Muslim at a time when the spectre of competitive communalism had already reared its ugly head. Ten years before Harilal’s controversial act, the stirrings of the two-nation theory had been felt at the Aligarh session of the All-India Muslim League.

Gandhi’s response to Harilal’s apostasy is a masterful lesson for the son and the nation –— especially New India –— in the difficult art of balancing the conflicting demands of empathy and morality. In a press statement, Gandhi declared that he respected the autonomy of choice, a trait that is rare in Modi’s India, but insisted on the principles of purity and, obliquely, pluralism.

“If his [Harilal’s] acceptance was from the heart and free from any worldly considerations, I should have no quarrel. For I believe Islam to be as true a religion as my own… Surely conversion is a matter between man and his Maker who alone knows His creatures’ hearts… Conversion without cleanness of heart can only be a matter for sorrow, not joy, to a godly person.”

Harilal re-entered the Hindu fold six months later. Dalal does not suggest that the father’s words had made the son change his mind. Kasturba’s entreaty, published in a letter in the leading dailies of the time, and Arya Samaj’s coaxing may have made an impact though.

Gandhi’s moral compass, as is evident from the episode, remained unwavering for son and country. Can there then be any greater proof of his rightful claim on fatherhood, both for Harilal and India?

Gandhi's message of peace on a mural in Kabul

From no-violence to non-violence: understanding Gandhi