From Good Economics to The Disobedient Indian, get a feel of the moment with our list of must-read books of 2019 (non-fiction) 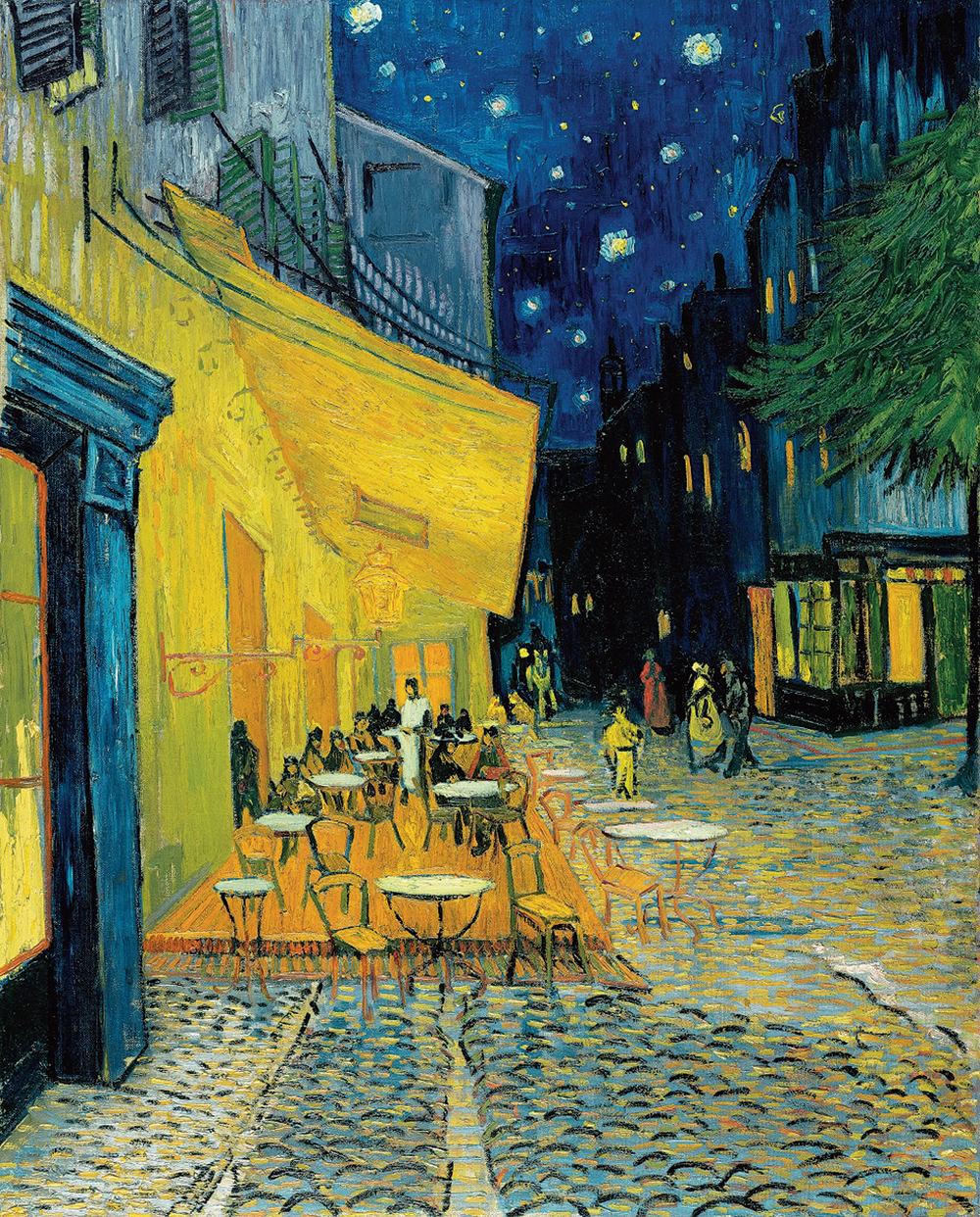 There is something for everyone in “The Vincent van Gogh Atlas” (Yale/Van Gogh Museum), which traces the artist’s journey across Europe. Connoisseurs can follow the evolution of the artist, while laymen can be charmed by reproductions of his paintings and other rare novelties.
Source: Scanned from The Vincent van Gogh Atlas
The Telegraph   |   Published 27.12.19, 06:32 AM

No list of books is ever quite enough, even if it is a selection from just forty-nine weeks of varied reviews. From Jonathan Gil Harris’s Masala Shakespeare to Margaret Atwood’s The Testaments, this page has tried to capture the feel of the moment through the literature it throws up. The country is experiencing change, so studies of RSS icons figure beside works questioning the concept of Aryans. Salman Khurshid’s Visible Muslim, Invisible Citizen is as important in this context as Nithin Sridhar’s The Sabarimala Confusion. So are the environment and changing populations, and the history and cultures of regions within and around India. This page loves them all.

The entrenched global inequalities, the two Nobel laureates argue in this important work, can only be addressed by shedding archaic belief systems and opening new avenues of conversation.

The Anarchy: The East India Company, Corporate Violence, and the Pillage of an Empire by William Dalrymple, Bloomsbury

Dalrymple’s exploration of a theme that has been researched and written about extensively is engaging because of its unique meditation on one of the earliest instances of corporate avarice that is told by combining scholarship and adroit storytelling skills.

Which of Us Are Aryans? Rethinking the Concept of Our Origins by Romila Thapar, Michael Witzel, Jaya Menon, Kai Friese and Razib Khan, Aleph

Bringing together a collection of scholarly essays, this path-breaking book confronts a contentious question of immense political and cultural significance in India and the world by looking at a wide array of sources comprising history, genetics, Vedic scriptures, archaeology and linguistics. The result throws new light on existing hypotheses and myths on the subject.

From Popular Movements to Rebellion: The Naxalite Decade edited by Ranabir Samaddar, Routledge

The left liberal understands the Naxalite movement as anarchist and sectarian. This illuminating volume challenges this line of thinking, underlining the need to re-read the movement’s political base and impact.

The Last Englishmen: Love, War and the End of Empire by Deborah Baker, Viking

The Disobedient Indian: Towards a Gandhian Philosophy of Dissent by Ramin Jahanbegloo, Speaking Tiger

At the heart of Gandhian resistance lies the idea of holding the powerful to the tests of accountability and morality. The demonization of the dissenting voice even in democracies makes Jahanbegloo’s book timely and important.

Ten Women who Changed Science, And The World by Catherine Whitlock and Rhodri Evans, Robinson

Chronicling the luminous minds of women scientists in the 19th and the 20th centuries, the two authors go on to expose the gender discrimination inherent in the scientific world, a malaise that continues to be pervasive.

The Indian Empire at War: From Jihad to Victory — The Untold Story of the Indian Army in the First World War by George Morton-Jack, Little, Brown

History need not always be written by winners. The Indian sepoys, who fought for the Empire during the First World War, have remained a footnote in the history of this conflict. Morton-Jack resurrects them from oblivion, arguing that their participation in the Great War led to the transformation of their views of the world.

Living Without the Dead: Loss And Redemption In A Jungle Cosmos by Piers Vitebsky, HarperCollins

In depicting a dying world of immense richness, straddling the realms of myth, music and imagination, this work of stupendous anthropological significance raises fundamental queries about the fragmentation of animistic societies and the human understanding of such disruptions.


The crucial goal of ‘provincializing’ the Anthropocene is wonderfully achieved by the essays in “At Nature’s Edge: The Global Present and Long-Term History” (edited by Gunnel Cederlöf and Mahesh Rangarajan) examining the texture of a myriad landscapes where the interplay between the environment and inhabitants continues to unfold in dramatic ways.
-


An Imperial Disaster: The Bengal Cyclone of 1876 by Benjamin Kingsbury, Speaking Tiger

In this post-mortem of a natural disaster that took place over one hundred years ago, the author, an intrepid journalist, reconstructs 19th-century Bengal to show that environmental disasters can be located within historical processes and political conditions.

Identity: The Demand for Dignity and The Politics of Resentment by Francis Fukuyama, Hachette

The sympathetic reception of identity politics, the central element in global culture, does not make one of the world’s foremost political scientists blind to its fatalities, including the failure to bridge the chasms that plague modernity.

Jallianwala Bagh: An Empire of Fear and the Making of the Amritsar Massacre by Kim A. Wagner, Penguin

In the centenary year of an event that changed the course of India’s anti-colonial struggle, Wagner weaves an enthralling account of not only the trauma of the massacre but also its reconstructions within historiography.

She Said: Breaking The Sexual Harassment Story That Helped Ignite A Movement by Jodi Kantor and Megan Twohey, Bloomsbury

A feat of investigative journalism that unmasks the serial predations of Harvey Weinstein, this engaging retelling of the crimes also lays bare a murky world where affluence and influence prove to be the biggest hurdles in the path of truth and its representation.