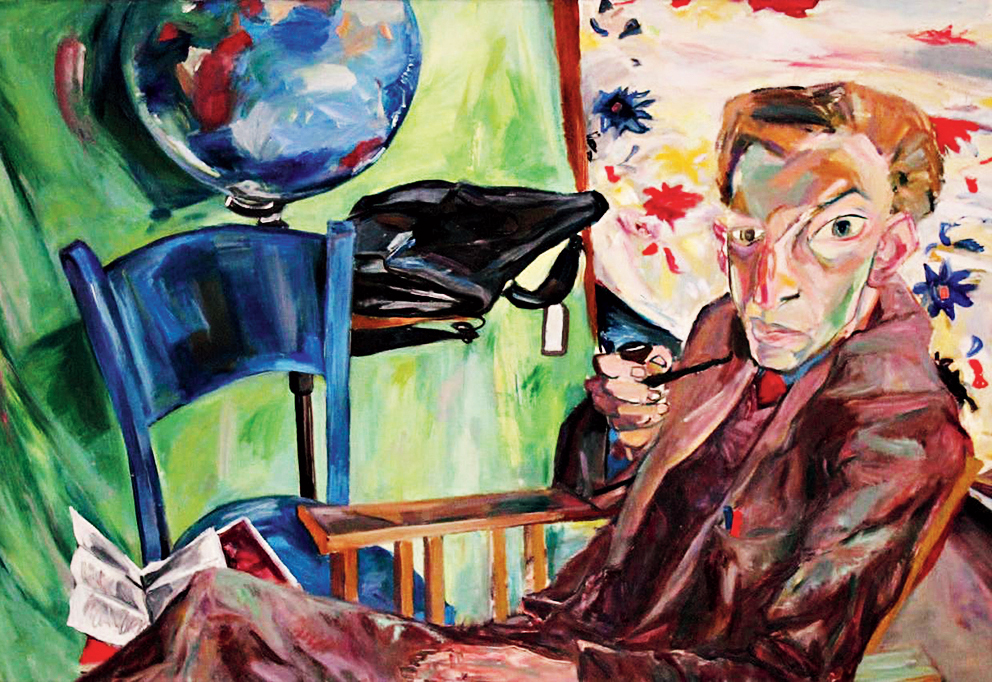 Eric Hobsbawm (1917-2012) was one of the world’s most famous communist historians. The political fortune of the organized Left having taken a nosedive globally, although his biography has been written by a leading contemporary British historian, and at enormous length (662 pages of text, 81 pages of notes and a 37-page index), the combination of activist and intellectual does not come out in an analytical way, as it does, for example, in Suzi Weissman’s biography of Victor Serge.

When Hobsbawm died, most of his books were in print, and he had made a massive contribution to early modern and modern history. He contributed major concepts, from the general crisis of the 17th century to the Dual Revolution, and terms like “the invention of tradition” and “primitive rebels”. There have been finer Marxist scholars for their chosen areas — the 17th century has sometimes been called in the English context Christopher Hill’s century, and Geoffrey de Ste Croix has shown how classical knowledge and a deep understanding of Marxism can go together. But Hobsbawm has a breadth and an influence that go beyond any of them.

Born in Alexandria, Egypt, a few months before the October Revolution, Hobsbawm lived in Vienna, till the death of his parents (father in 1929, mother in 1931). The orphaned youth then moved to Berlin. Those were critical years. The economy was in a crisis, and communists were gaining from the Social Democrats, but the Nazis led by Hitler were gaining far more swiftly. Hobsbawm worked among anti-Nazi forces and tried to make sense of Marx. By seventeen, according to Evans, he had gone through Capital, Volume One, The Poverty of Philosophy, The Eighteenth Brumaire of Louis Napoleon, and The Civil War in France. Post-1933, he moved to Britain.

Being a communist has been unusual in Britain for a long time. As a result, Richard Evans, whose own inclination appears Social Democratic of the English empiricist type, has no coherent explanation for why Eric became a communist. His personal poverty compared to the conditions of his school friends is put forward as a reason. There appears a failure to understand the age, the collapse of the liberal middle ground as the liberals showed a willingness to align with the fascists, and a feeling that another world was possible.

Hobsbawm’s induction to orthodox communist politics took place in the worst possible phase — when Stalin’s grip over the Communist International was complete, and also, when the disastrous “Third Period” line was in operation, so that no united working class front was attempted in reality. The impact of Stalinism on him was a lasting one, although in a complicated way, as he moved via popular frontism to a strategy of “broad progressive alliances”, defined in a very moderate way indeed, so that he would be seen as the intellectual guru for New Labour.

Hobsbawm, in spite of his Stalinist beginnings, was to turn into a critical voice within the Communist Party of Great Britain. Even before the Soviet invasion of Hungary, which stirred up much of the CPGB, he was sniping at the lack of inner-party democracy. Yet he would be one of the intellectuals who remained within the party, even if standing pretty close to the borderline and almost (but never quite) inviting the bureaucrats to throw him out. Evans notes that Hobsbawm thought the Nazi-Soviet Nonaggression Pact, supported by the party, was a bad idea, and he refused to follow the party line against Tito, after the Tito-Stalin break-up.

But Hobsbawm stayed on in the CPGB for reasons Evans traces only partially. In 1994, in an interview with Michael Ignatieff on television, he seemed to be saying that the deaths of millions in the name of communism was worth it, that in other words he was identifying himself as a kind of utopian intellectual willing to applaud mass killings for his ideal. Evans brings out the comment in its totality and shows that Hobsbawm was explaining to Ignatieff that the era was one of mass murders, mass sufferings, on an absolutely universal scale, and the Soviet Union appeared, in spite of all flaws, to be the only “chance of a new world being born in great suffering”, and that was why so many became communists and supported Stalin. It is easier today to understand what a dead end Stalinism was, what a toll it took on the communist movement as a whole. But the vast majority of communists all over the world, Hobsbawm included, had sided with it out of the expectations he was articulating in 1994.

What was surprising was not that he accepted this stance in the 1930s but the continuing influence of Stalinism even when he was writing his Age of Extremes (1994). The pro-Moscow Stalinist parties played a horrendous role in the worldwide radicalism between 1968 and 1974; Hobsbawm managed to write the struggles off with sweeping comments. And in the same work he managed to reduce the gulags to two brief references, and to suggest that the Stalin era was basically good for the vast majority of Soviet citizens, in opposition to the huge amount of specialized work on the Stalin era that came out after the archives were opened.

But if we are to judge Hobsbawm as a historian, we also have to look at his earlier works. The Age of Revolutions, the first of his three volumes on modern world history, opens with the French Revolution and Britain’s industrial revolution, the two explosions of the late 18th century that spurred “the greatest transformation in human history” since antiquity. Hobsbawm saw in this “dual revolution” two different approaches to modernity — one political, involving conscious and collective action, the other economic transformation, through individual search for profit, human greed. Both elements attempted to control the master narrative. But Hobsbawm repeatedly undercuts the seeming independence of economics, showing that capitalist development did not occur without strong State intervention, for Lancashire’s cotton mills dominated not simply by their technological supremacy, but because “India was systematically deindustrialized” by a British monopoly that had been “established... by means of war, other people’s revolutions, and her own imperial rule”.

This was the dual revolution which set the world off on modernity. But after 1830, the European bourgeoisie would no longer take up the flag of politics. The emergence of the working class and its struggles, however rudimentary they may appear to writers today, were enough to shock the bourgeoisie into political silence. The flag of politics was taken up by the working class. The three volumes of Hobsbawm’s work, The Age of Revolution, The Age of Capital, and The Age of Empire, lay stress on the role of the working class as a conscious political actor rather than a mere socio-economic analytical category. Evans, regrettably, spends little time on these. Instead, we are served up immense trivia about haggling over money or publication details.

Hobsbawm figured as an important character in the emergence of Marxist analysis of history in India. His ‘Introduction’ to Pre-Capitalist Economic Formations was sharply challenged by Irfan Habib in Enquiry. His essays on the seventeenth century crisis were part of the material that Indian Marxists interested in India’s own transition to capitalism read and argued with. His Primitive Rebels and Bandits were much read by Indian scholars, but also severely criticized by Ranajit Guha for the claim that peasant struggles had been ‘prepolitical’. Given the importance of Indian Marxist historians like Habib, and the ex-Marxists who created Subaltern Studies, Evans could have spared at least a couple of pages for them.

The final chapter of Evans’s book is titled “National Treasure”. The man who had been a Communist Party member for so long became a Companion of Honour in 1997. Why did he accept this residual element of feudal flummery, used in the interests of the ruling class of the present? Evans merely records Hobsbawm saying his mother would have liked it. It would rather have been worth more if Evans had traced more closely the evolution of Hobsbawm’s politics and scrutinized why he was willing to accept the award from a Blair government.

The biography does have two redeeming features. Hobsbawm’s love for jazz and his writings about it, are recorded. And his personal life is not glossed over — bumpy marriages, good relationships, a son born out of wedlock whom he recognized and who became friends with his siblings — quite unlike, for example, Deutscher’s biography of Trotsky where Alexandra Sokolovskaya and Frida Kahlo both appear as briefly as possible.

Mouthful of Birds: The sense of horrified familiarity