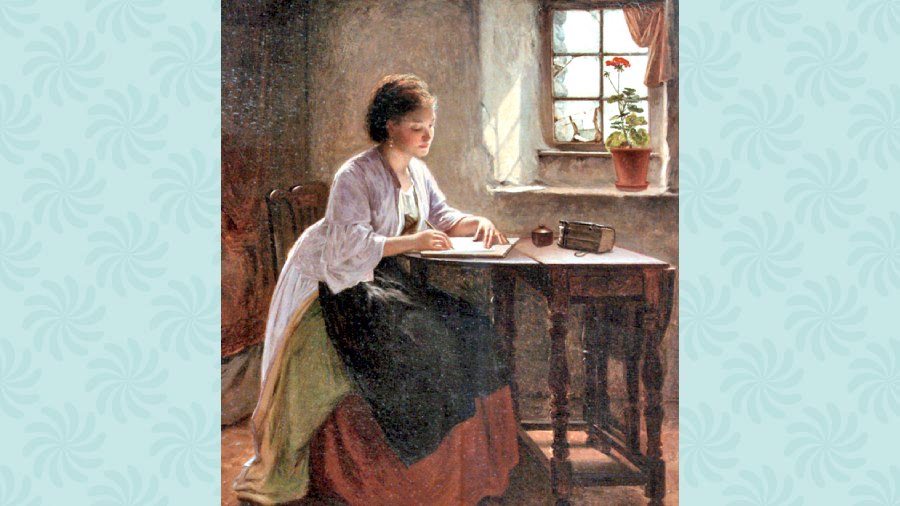 Books: Letter To A Stranger: Essays To The Ones Who Haunt Us

“Strangers in the night/ Exchanging glances

Wandering in the night/ What were the chances

We’d be sharing love/ Before the night was through?”

Contrary to Frank Sinatra’s classic song, the essence of chance meetings cannot simply be straitjacketed into love, a fact amply proved by this remarkably eclectic anthology of sixty-five brief fictional letters written by some of the most well-known contemporary authors that include, among others, Lia Purpura, Pico Iyer, Michelle Tea, Lauren Groff and Jamil Jan Kochai. Edited by the essayist, Colleen Kinder, this book is an exercise in creative imagination with a unique, almost Whitmanesque, premise. It comprises reminiscences of a momentary rendezvous with strangers from the past that was deep enough to have left an indelible impact on the writer years after it first happened. Written in the second person, the letters give shape to words and emotions that could not be spoken and expressed earlier. Divided into seven thematic sections, such as “Chemistry”, “Symmetry”, “Gratitude”, “Wonder” and “Remorse”, the missives chart a range of encounters — enchanting, mundane, awkward, intimate, apologetic, poignant, mysterious — spread across seven continents that underscore the strange and randomly unpredictable ways in which human connections work.

Whether addressed to a young girl at a tattoo parlour in Dallas, a waiter at an Istanbul restaurant, a trishaw driver in Mandalay, a pharmacist on Futong West Street, Beijing, a breadcrumb seller in Buenos Aires or to an unknown taxi driver in Paris, each letter, as Leslie Jamison points out in her foreword, reveals the effect of “brushing up — just briefly — against the infinitude of another person” who hovers at the periphery of one’s life. Admittedly, not all the letters have an emotionally satisfying conclusion but life unlike fiction is seldom bound by the compulsion to please or gratify the human weakness for neat, picture-perfect endings. But all the letters do force a reflection on how “We are born into a world of strangers. We spend our lives turning them into beloveds and ghosts: the ones we need, the ones we ache for, the ones we lose, the ones we brush up against and never really know, who stay with us anyway.”

Each letter centres on a moment of personal epiphany as when Maggie Shipstead realises, years later, how the crisis in her relationship with her then boyfriend was so petty in comparison to that of a woman from Pai in Thailand who was suddenly left homeless after flash floods swept away her village: “I want to scold myself for how I thought my white-girl young-love tears — cried in your bamboo bungalow — were more important than the bungalow itself, soon to be broken apart and swept away.” When Lia Purpura meets a freckly-nosed, longhaired, adolescent boy on an airplane, whom she initially mistakes to be a girl, it brings back memories of her awkward transition into adulthood with the unexpected onset of menarche and the loss of the freedom, lightness and power that she “held once so easily at the center of [her] body”. Jacquelyn Mitchard recollects her chance brush with a woman at Grand Central Terminal, New York that stayed with her for years even as she unsuccessfully tried to imbibe the woman’s self-assured reticence and nonchalance only to realise that “what you had was something that could never be purchased, something in your Yankee genes or your history that nothing could install in my own”.

Interestingly, some of the letters are addressed to family members, such as Peter Turchi’s letter to the irascible and loud-mouthed grandfather he had learnt to dislike as a child. Yet, the chance discovery of the old man’s typewritten letters after his death reveals the struggles that had hardened an impressionable and orphaned twelveyear-old Sicilian immigrant dreaming of a better life in the United States of America. Although they vary widely in tone and intensity, all the encounters humanise the figure of the stranger offering the possibility of looking at the self and at the world from an alternative viewpoint, as in Lauren Groff’s choosing to believe that the intentions of the old man who extended her an invitation to spend the night at his home years ago when she was backpacking through Palermo in Sicily were actually good instead of predacious or the sense of purpose that Colleen Kinder finds in the passionate silver hour that she shared with a stranger on the peaks of Rocamadour in France.

Letter to a Stranger beautifully captures the essence of chance social interactions and how they discreetly add meaning to one’s life — a realisation that struck hard in the long months of lockdown spent in the ‘comforting’ presence of familiar and all-too-predictable faces. Spanning a wide “spectrum of geographies”, this book is guaranteed to revive one’s wanderlust and should be a perfect read in a post-pandemic world that is cautiously limping back to normal… well, almost.