Brighten up your reading list with a little bit of everything 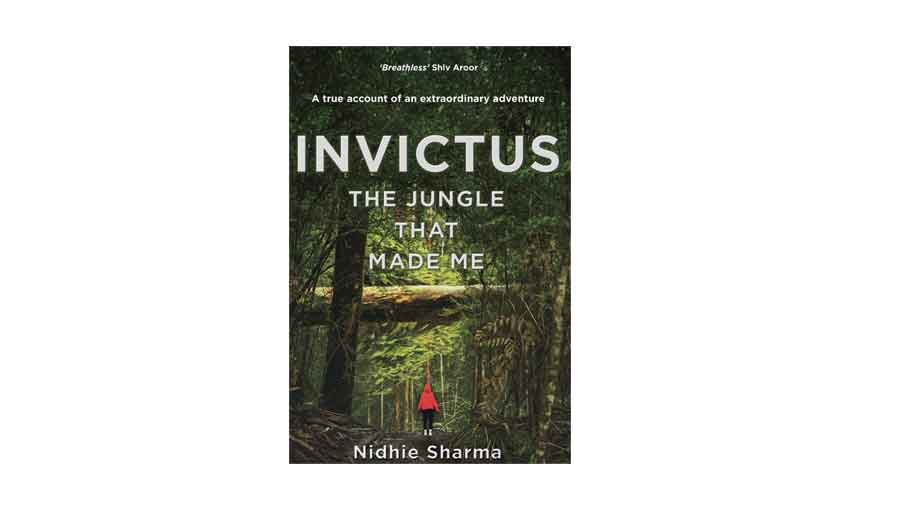 Based on a true incident of six children getting lost in the jungles of Tawang, while vacationing in Arunachal Pradesh, this story is penned by the oldest child in that group of six. Sharma, who was all of 13 years old then, spent nerve-wracking hours leading the rest and learning valuable lessons that would reappear in her psyche at every important milestone in life. A dash of grit and a dollop of humour marks this book that is as fresh as its pacy.

For lovers of the self-help genre, this is a book that witnesses the meeting of two seemingly separate worlds. Sanjay is a knowledge-seeker looking to meet his Guru Ma while Jasmine wants to become a successful model someday. Set in the Himalayas, this book is the author’s attempt to “integrate the essence of a parallel spiritual journey with his material pursuits”.

The rich repository of French literature emerging from the Indian subcontinent has not received its due recognition, humorously and gently complains the translator Blake Smith in his note to readers in this fantastic book set in Pondicherry –– the parts that are ‘not for tourist brochures’. This is the tale of Gilbert Thaata, a Frenchman with an intriguing story. This is one book that should be a must-read for 2021.

A long-overdue book on one of Bengal’s sensational stars, Mithun Chakraborty’s phenomenal rise in Indian cinema gets documented in this book that is penned with heartfelt emotions and simple language. Breaking stereotypical barriers of skin tone and looks that were considered ‘good’ for the film industry, he set his own path, winning national awards, fan frenzy and peer respect alike. Here’s his story!

Book cover
Once Upon a Time in Hollywood by Quentin Tarantino (Hachette India; Rs 499)

With a successful eponymous film, Tarantino now has presented this cult classic in the form of a gripping novel. Set in 1969, this book provides a look at Hollywood’s underbelly like no other. His humour, be it through the sense of a camera or on the pages of a book, remains intact. We would suggest you not miss it.

Candid, confessional and a form of therapy for the author, this book comes as an effort to understand the last five years of the author’s life that was turned upside down when her parents Indrani and Peter Mukerjea were arrested from their home for the alleged murder of Sheena Bora. Indrani’s younger daughter Vidhie was all set to turn 18 and start her studies in London when her world came crashing down. With a ringside view of everything that transpired and the difficulty of coming to terms with a past based on certain lies, her memoir is a form of reconciliation with herself.

Book cover
The Lesbian Cow and Other Stories by Indu Menon and translated by Nandakumar K. (Eka; Rs 499)

A writer who perhaps writes without worrying about any consequences, in a language that is meant to shock, Menon writes for women everywhere who have been tortured by the hands of patriarchy. Not shying away from blood, gore and chaos, these short stories are a tribute to the resilient spirit of women who remain undaunted in their journey of life. A must-read for all.

Book cover
How To Kidnap the Rich by Rahul Raina ( Hachette India; Rs 599)

With a setup that is mildly reminiscent of Manu Joseph’s Serious Men, Raina’s debut novel is the story of Ramesh, an ‘examination consultant’ who takes exams for those who can afford to pay for his services. Diabolic in its humour, Ramesh’s life is upended when he tops an exam he was taking for Rudi and the latter is propelled to stardom led by news-hungry channels. Throw in some kidnappings and chopped appendages and you have the recipe for the perfect crime drama.

British-Indian writer and former commissioning editor of Channel 4, Farrukh Dhondy’s life is what dramas are made of, with the perfect recipe for chaos and adventure led by ambition. Born in Pune, and studying at Cambridge on scholarship, he led Channel 4 with path-breaking content for many years. Dabbling with the likes of Mira Nair, Subhash Ghai, C.L.R. James, Oprah Winfrey and Allen Ginsberg, this memoir tickles the aspirational part of your adventurous brain and makes you want to achieve a little but more in life. While you are at it, might as well take a leaf out of the book of Dhondy’s Jamaican gun fight-escaping life!

Dutee Chand is an inspiration to many for multiple reasons but if one was to try and understand her, it would be her resilience that shines through. The Odisha woman who went on to shine light on India with her athletic accolades, faced the wrath of Athletics Federation of India with a supposed ineligibility quota to compete as a female athlete. Not only did Dutee chart the course of her future differently, she fought her ban and made governing bodies around the world look at ‘hyperandrogenism’ policies differently. From there to openly acknowledging her same-sex relationship, a book on her will inspire everybody to continue to be their truest selves.